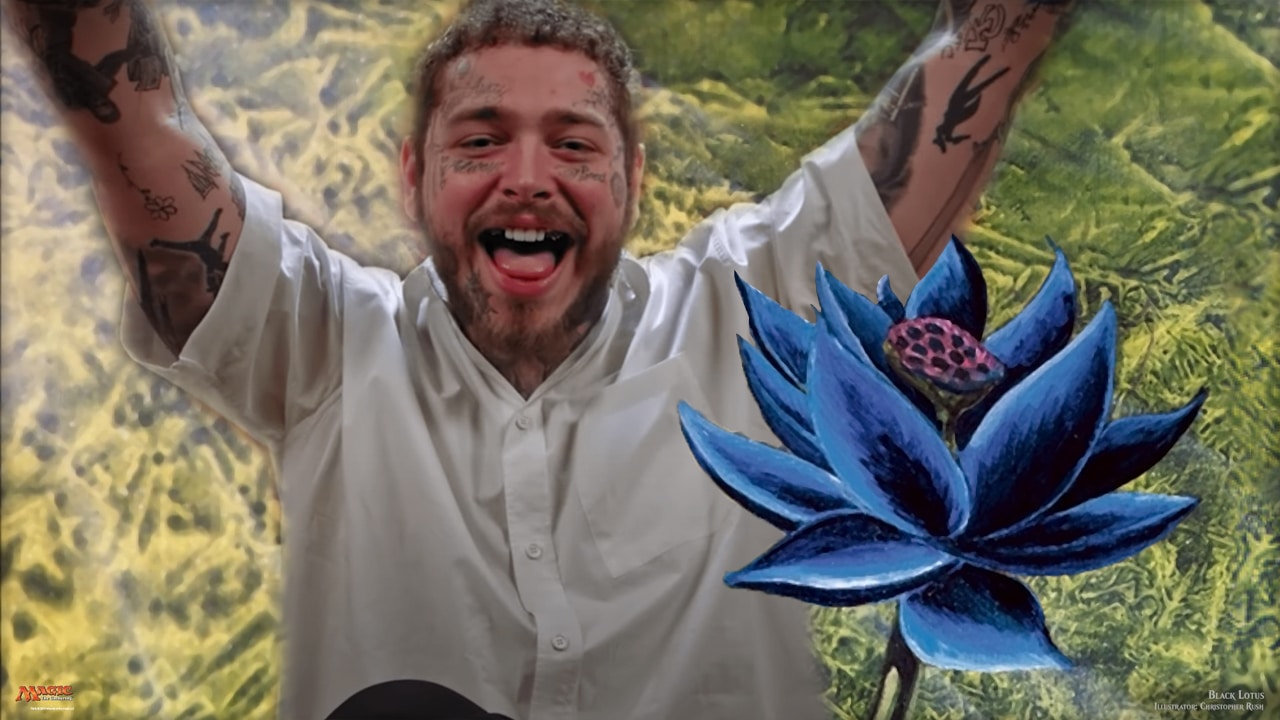 Magic: The Gathering’s celebrity appeal is not to be understated. With big-name stars such as Cassium Marsh and Brandon Routh being lifelong MTG fans, the love of the game reaches all kinds of people. While these celebrities may love Magic, they don’t hold the honor of having the world’s most expensive MTG card.

Instead, that honor goes to none other than Post Malone. As a huge fan of Magic: The Gathering, it should be no surprise that Post Malone has the crown jewel of any MTG collection, a Black Lotus. Unlike regular ol’ Black Lotuses, however, that fetch a measly $10,000 for an Unlimited copy, Post Malone’s latest purchase is significantly more valuable.

The Worlds Most Expensive MTG Card

In a recent interview with Howard Stern, Post Malone casually discussed his new album, writing his music on the toilet, and buying the world’s most expensive Magic: The Gathering card. When Stern asked what the most money he had ever paid for an MTG card was, Posty proudly responded, “800,000 dollars.”

“It was an artist proof, Chris Rush-signed Black Lotus,” Malone clarified after gasps of amazement. This exorbitant price of this card makes Post Malone’s signed Black Lotus the most expensive Magic: The Gathering card ever sold.

If you’re unfamiliar with the term, “artist proof” cards are those given directly to artists by Wizards of the Coast. These cards are subsequently extraordinarily rare and desirable to collectors. It is believed that only 50 artist proof Black Lotus’ exist in the world.

As one of the world’s most considerable Magic: The Gathering fans, it feels right that Post Malone gets to enjoy this exceptionally rare card. Malone has previously been a hit on episodes of Game Knights, in which American rapper played some tremendously expensive decks. Post Malone has even once worked with Wizards of the Coast to celebrate the return of Friday Night Magic.