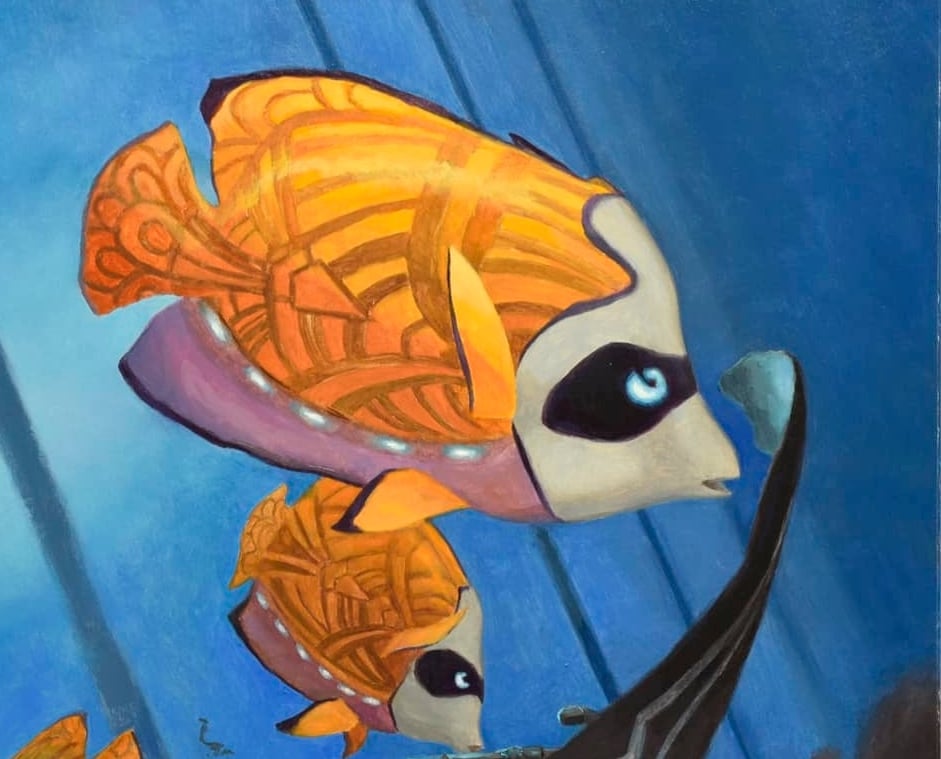 The New Capenna Championship has ended! A week has passed since the gigantic tournament and Standard has undeniably been shaken up a bit. Old powerhouses are nowhere to be seen, and the meta as a whole has slowed down… a lot. Don’t get me wrong, Standard was already a midrange grind fest before the Championship, but now it’s a fest of decks that prey on the midrange decks. What does that look like? Well, here’s our MTG Standard tier list for the week of May 30.

Jeskai Hinata was the deck that I thought would be good in the Set Championship meta, but terrible outside of it. I was very wrong about that. Turns out it’s number one on our MTG Standard Tier list.

Jeskai Hinata came in the top two of almost every major Standard tournament this weekend. This includes winning GGtoor’s $500 open with 129 entrants, the recorded Standard Challenge so far on MTGO and coming second in Seth Manfield’s open. The one exception is the Japanese 2022 championship, where it only placed in the top 16.

This deck is ready to prey on a meta that’s taking its time. As long as you can get Hinata on board and fire off your two(ish) mana Magma Opus, you’re in an amazing position. The New Capenna meta has been very unstable for a while, but now that clear frontrunners are beginning to emerge, control decks can get to work. The definitive shell for Hinata only has two cards (March of Swirling Mist is also very powerful in Hinata, but isn’t a hard four of like Hinata and Magma Opus) which allows for the player to fill the rest of the deck with cards that match up well against the rest of the meta. This strategy was targeted in the past, and it fell from fame as a result. Maybe the New Capenna championship iteration of this deck solved a problem with how people were building it, but if history repeats itself, this deck is still very beatable. Now that everyone knows how strong Jeskai Hinata is, the meta will adjust.

There isn’t a definitive decklist for this archetype, but this is a strict control deck. There is no Show of Confidence here.

Various Izzet control decks have been out en masse racking up multiple top eight positions, and taking down Seth’s open as well.

The featured decklist took second in the 2022 Japanese Championship this weekend in the hands of Masayasu Tanahashi. For the record, the same decklist also won Seth Manfield’s open.

This deck’s success is pretty similar to Jeskai Hinata’s. Now that Standard has been stabilized somewhat, control decks know what to bring. This is a more traditional control list that uses Goldspan Dragon and Hullbreaker Horror as threats to end the game. This type of deck has been around since Hullbreaker Horror was released in Standard.

Notably, there is a version of Izzet Control that is seeing success that’s playing Galazeth Prismari and Wandering Mind instead of Hullbreaker Horror. This deck managed to top eight in the MTGO challenge and the Japanese Championship. Hullbreaker Horror has much better results, but here is something for those who want to try something different.

The featured Izzet Control list (with Hullbreaker Horror in the main deck) beat Jeskai Hinata in both of the tournaments it was played in, but Jeskai Hinata still had better results so far. If Jeskai Hinata is extremely popular in the weeks to come, I expect that this deck will be a better choice. The only reason why this deck isn’t first on our MTG Standard tier list is because Jeskai Hinata has a lot more results. If you want to win in Standard, this is the deck I would play right now.

Orzhov Midrange won the Japanese 2022 Championship this past weekend. This is an incredibly impressive feat and has placed this list as number three on our MTG Standard tier list. This is an old list with some New Capenna cards to bump the deck’s power level a bit. We talked about the origins of this archetype when a player qualified for worlds with only his brews, and the meta has come full circle.

Buy At TCGPlayer
Elspeth Resplendent is the new card in this list. There are a lot of hits in the deck with its -3 ability. A lot of major hate for various decks in the format can be cheated out by Elspeth. This includes Archon of Emeria for Storm and Runes, Graveyard Trespasser for graveyard synergy decks like reanimator and Tenacious Underdog midrange, and Reidane, God of the Worthy for any opponents who play a lot of big spells.

This archetype is a fan favorite on ladder, so I’m expecting a big resurgence in the coming weeks. The Japanese Championship results are not very well advertised. As a result, the more Standard inclined players who are paying attention to results will likely play it for tournaments this weekend. If it does well, then it will see its resurgence. Orzhov Midrange is well equipped to navigate a blue control meta, so this looks hopeful for now.

No one can agree as to what this archetype is called. Regardless, I’m talking about the tempo list with Raffine, Scheming Seer in it that took second at the Set Championship. This sample decklist placed third in the Japanese 2022 Championship.

This deck’s results are less impressive than the top three, but it is still popping up in top eights with multiple copies. Esper is already beginning to make small adjustments in an attempt to keep up with the metagame. Exotic pets, in particular, is an incredibly interesting one.

It’s clear from the Set Championship that playing Obscura Interceptor is not where this deck should be going. That being said, Esper has a lot of interaction, so finding relevant threats that can be played at instant speed is important. Exotic Pets has a lot of synergies with this deck. Raffine, Luminarch Aspirant and The Wandering Emperor are constantly making +1/+1 counters. This means that Exotic Pets are likely to enter the battlefield with a counter on them. Raffine also cares about multiple bodies because of its Connive ability. This allows Raffine to create big unblockable fish to end games through board stalls.

Esper’s success is going to depend on how well the deck can adapt to the changing meta. It has a strong base that doesn’t seem to have a terrible matchup against anything in particular. Other decks will grow more accustomed to what Esper is trying to do, however, which puts pressure on Esper to keep up.

These are the four decks you should be preparing for the most. They are currently seeing results that out scale the other decks in the meta. Other decks are still seeing results, and knowing about them will help decide what your decks should look like. Other decks to keep in mind are as follows:

Rogue deck on the uptick

Mono-Green is looking fantastic into the meta that is developing. There is some experimentation being done with lists that are placing in tournaments right now. Jewel Thief, in particular, is an unusual card that is seeing play. Personally, I think depending on what build ends up being optimal, a better three drop for the deck may be Jugan Defends the Temple. Either way, a deck that creates a lot of pressure and has protection like Snakeskin Veil to back up its threats will be very potent against a control meta. The other really important thing for this deck is that Naya Runes is bad right now. That matchup is a nightmare for Mono-Green. For this deck to succeed, Naya Runes needs to be a poor option. I’m expecting that Mono Green will see some results this upcoming weekend.

So, for the takeaways from this tier list for those playing Standard this week, here are my conclusions:

Playing counterspells in the mainboard is getting better. Spell Pierce and Make Disappear are seeing maindeck play in many of the top decks. This is a trend that was inspired by the Set Championship, with multiple decks playing them in the main or sideboard. This, specifically, is making Malevolent Hermit look a lot better. This card fits right at home in Esper Tempo (but it may not want it) and is a good sideboard option for blue control decks.

Do not play: Naya Runes (yet. Wait until the meta forgets about it!)

Deck I am going to play even though I probably shouldn’t: Jeskai Storm