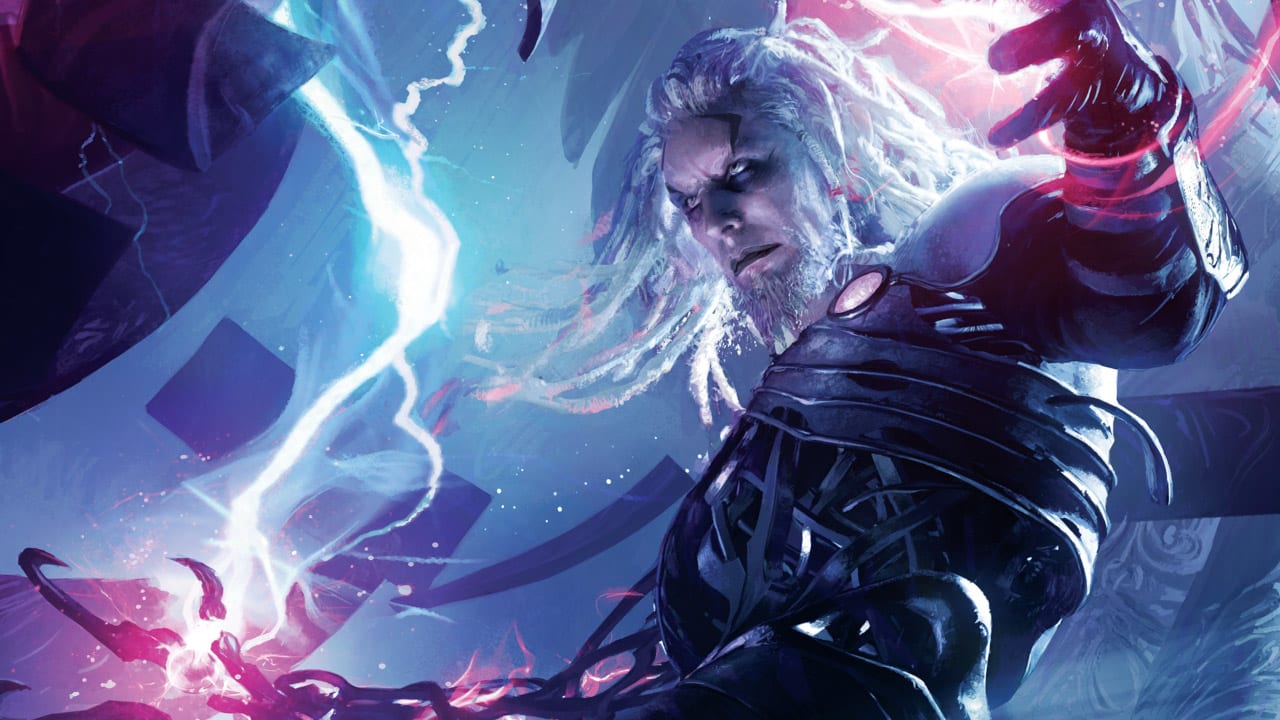 If you like Magic: the Gathering lore, then you may have read some of the Magic books in the past. But those books can be very long. Today, Boom! Studios announced that they are releasing a one-shot comic called Magic: Master of Metal.

This story is written by Mairghread Scott, and has art done by some great artists like Jorge Coehlo, French Carlomagno and Jacques Salomon. The story takes place after the War of the Spark, and Tezzeret is now free from the control of Nicol Bolas. He is now venturing across the multiverse in search of something, and whether or not he’ll find it and what opposition he’ll meet along the way, we’ll see. There is quite a bit of lore behind Tezzeret, but there’s a chance that Tezzeret may end up becoming a new major villain in the overarching story line.

Here are a couple of variant covers for the book as well. Nahiri could make an appearance in the book, since she’s showing up on a cover. This book will be available for sale in November 2021. You can buy Printed copies exclusively in local comic shops. If you want the digital version, you can get that via various online providers such as comiXology, iBooks, Google Play and Kindle. You can learn more about this book by checking out their announcement post. If you’re looking for a local comic shop to pick up this book or other comics, you can use Comic Shop Locator.

Are you interested in this kind of thing? Do you think that Tezzeret is going to play a bigger role in the main Magic story line? Let us know in the comments!