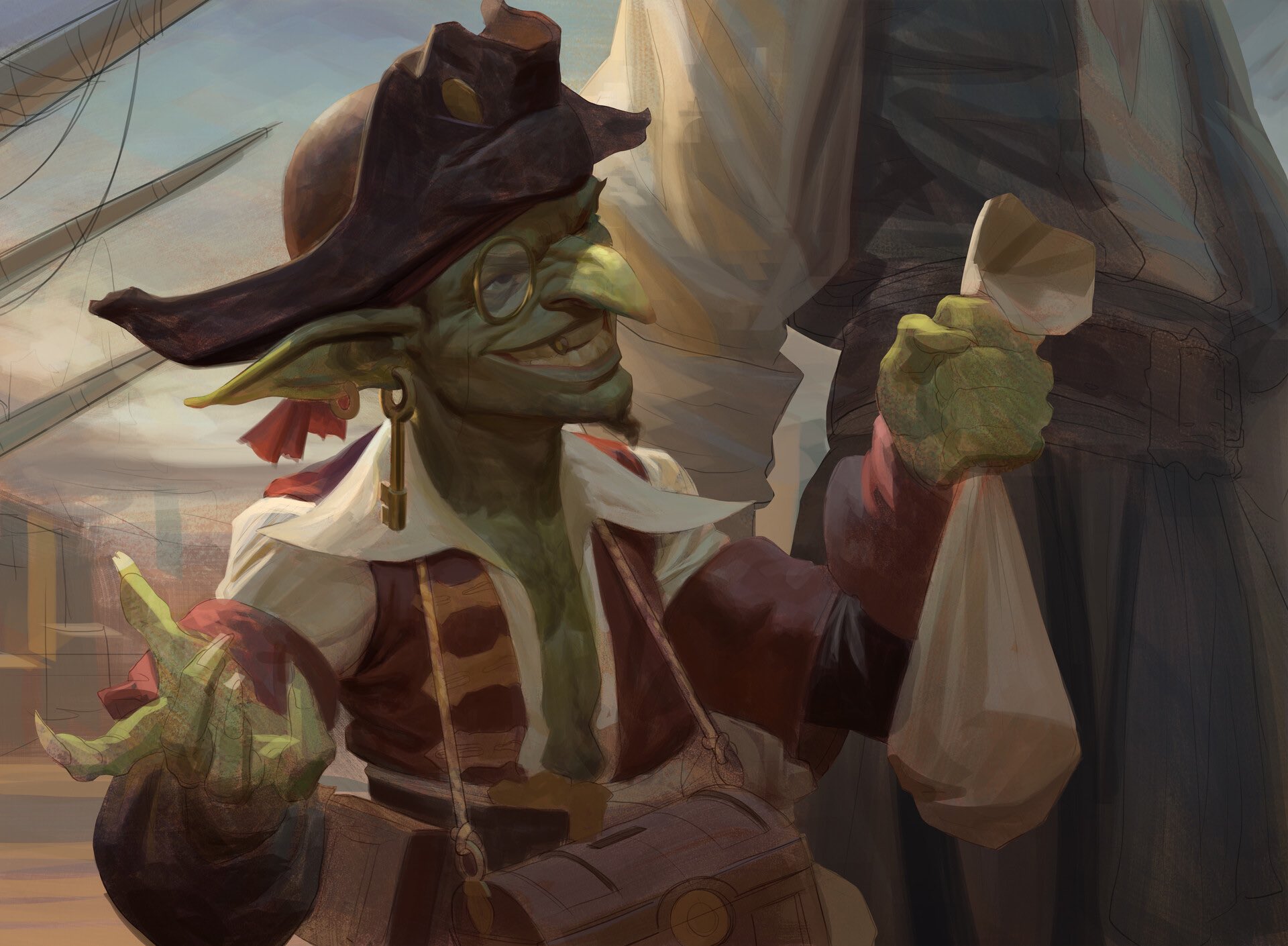 Surprise Surprise, another new Magic: the Gathering set is entering Preview Season. This time around, we have a premium product that was highly anticipated, Double Masters 2022! During today’s WeeklyMTG, we got the first introduction to the set, and some Double Masters 2022 Previews, and the reprints are INSANE!

Typically with these Masters sets, the draft experience is at the center of the set. There’s a lot of awesome reprints, so a good draft experience is a way to give the product a little more value. There’s 10 different draft archetypes that are in the set that you can pick up, and they’re all 3 color archetypes! You’ll see a bit of cross synergies between some archetypes which is cool. But to help with our 3 color mana, there’s a cool land that’s specific to the draft format.

Cryptic Spires is a new land that has you mark the card with 2 colors as you’re making your deck. This land will make either of the 2 colors you picked. Now this is obviously a card that’s ideal for a 3 color draft format, as it smooths out your mana.

Now let’s take a very quick look at the draft archetypes and some of the highlighted cards for each of the archetypes.

First up we have Flicker Value in Esper. This is all about enter the battlefield triggers and abusing them as much as possible. There is a sub theme here of Evoke with Aethersnipe and Mulldrifter. Mulldrifter is getting a sweet borderless version as well!

Next up we have Graveyard Midrange in Grixis. This is about utilizing the graveyard, while keeping solid pressure on the battlefield. There’s a card in this list that is also getting a sweet borderless version as well, Unearth.

Next up we have Classic Jund. This is modeled after the traditional Jund Midrange style decks. Solid creatures to put pressure on your opponents, backed up by some decent removal.

Heroic Aggro is a Naya aggro strategy that wants to abuse the “Heroic” mechanic, or ones like it. This is a fast archetype that gets a few cheap creatures down and buff them up with spells to end the game quickly.

Big Ramp is an archetype that is all about getting some BIG threats on the board very quickly. This is heavily focused on ramping and you’ll be able to play a lot of more expensive cards. Rampant Growth is getting the borderless treatment here as well.

READ MORE: How Will Battle for Baldur’s Gate Be Implemented in MTG Arena?

Mardu Sacrifice is up next, and if you’ve played Magic in the last few years, this archetype is no stranger to you. Get some creatures down that you want to sacrifice and an outlet to do so for value. Of note, Dark-Dweller Oracle was downshifted to common here, and we’ll see a few more of these as we go.

Temur’s archetype is called Midrange Ramp. It’s a bit different than the Bant version. Rather than wanting to cast a few huge spells, the ramp here is utilized more in the midgame. It wants to use it’s resources to cast multiple spells in the midgame and attack in.

Abzan comes in with +1/+1 counters, which is a fairly straight forward theme. Play some creatures and ways to put counters on them. Some mechanics here are Outlast, Evolve and Explore. Another common downshift shows up in Experiment One.

Jeskai Prowess is next, and this is a pretty classic archetype. Play some Prowess Creatures, and some solid and cheap instants and sorceries to trigger Prowess. There’s 2 cards in this list getting the borderless treatment, Seeker of the Way and Thought Scour.

Wizards of the Coast

The last archetype is Sultai Graveyard Growth, which is an archetype that’s more all in on graveyard strategies. There’s some powerhouses here in Balustrade Spy and Deep Analysis.

That’s all 10 draft archetypes, which all seem like a lot of fun. But you’re here for the other big reprints, so let’s get into those.

Let’s start things off with a BANG shall we? This card is probably one that players have been asking to get reprinted the most outside of the reserved list. It was only printed one time in a commander precon deck, and it was commander a near $80 price tag. Say hello to your friend and mine, Dockside Extortionist!

Dockside Extortionist is one of the top tier red cards of the Commander format, and it is back getting 3 different treatments. We have the regular Main Set version, which can come in foil and non-foil, the Borderless Version, foil and non-foil, and the Foil Etched version. Now the Borderless and Foil-Etched versions can only come in Collector Boosters.

Next up is Phyrexian Tyranny. Now this isn’t the most exciting card, but it’s a hallmark of the set in that the 3 color theming extends out to the rares and mythics as well. We should expect to see some older 3 color cards make their way into the set as well. It’s available in main set and foil etched versions.

The next reprint is Teferi’s Protection. Another Commander format all star and it’s getting the same treatment as Dockside; Main set, Borderless, and Foil Etched. Definitely a great time to pick up a copy.

Another awesome reprint that’s in the set is Bloom Tender. It’s doing double duty here as it’s a great Commander reprint, but also really helps with the 3 color theme for limited as well! The same three versions apply here as some of the other cards.

Now this one is SPICY! Imperial Seal gets its first printing since Portal III: Kingdoms. Now this is a card that is completely inaccessible for many players. Since it was only printed 1 time in a set (Judge Promo not included), the original version has a price tag of $700! With this printing, the ability to pick this card up for Commander is going to be possible for many more players. It’s probably not going to be cheap, but definitely not $700.

This set is shaping up to be incredible! There’s some very chase cards in here and we’re excited to see what else is coming down the pipeline. To learn more about the set, check out the DailyMTG Article talking about that, as well as the Image Gallery. For a list of previews, DailyMTG also has a list of where those will be!