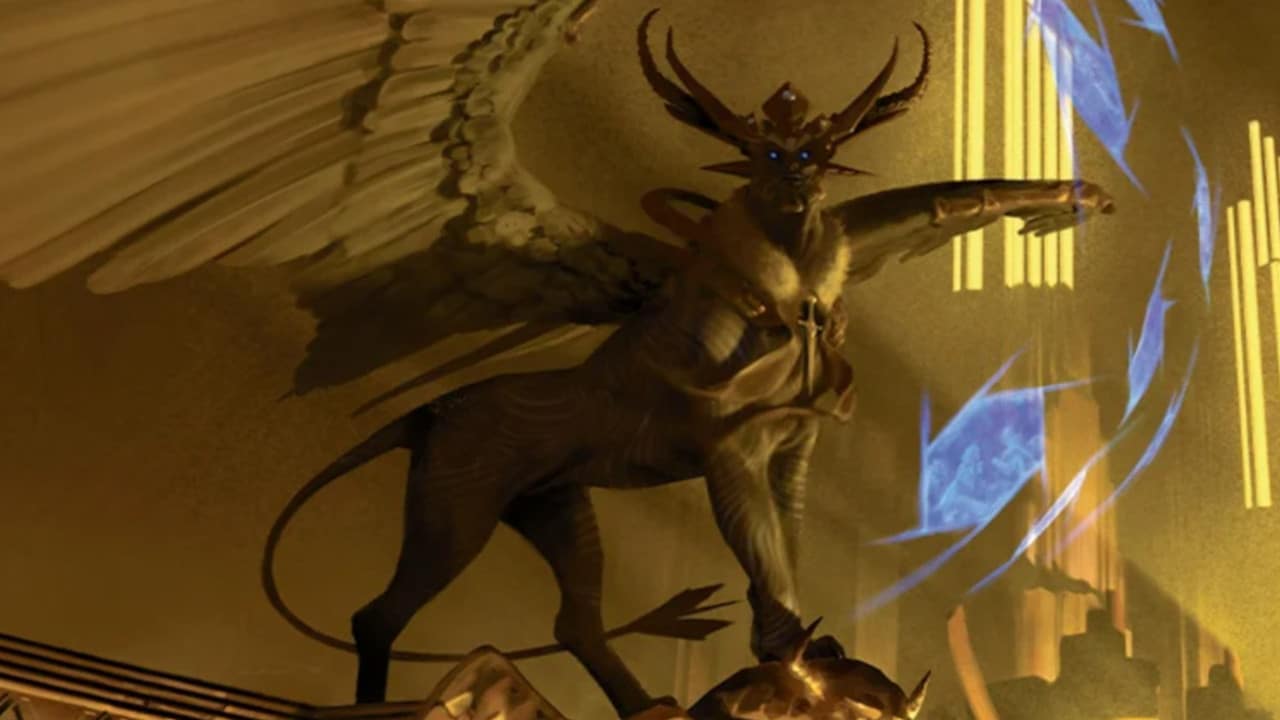 If You're Playing This Popular MTG Deck, You're Probably Playing It Wrong

When Kamigawa: Neon Dynasty released, it brought with it a card that would build a new archetype in a few different formats. Greasefang, Okiba Boss created in a new archetype that involves playing some powerful vehicles from our graveyard. Now this archetype has been popular in both Pioneer and Explorer in a few different variations. But there’s a new way to play one of these versions and it’s seemingly the best way to play.

Now we’re going to focus more on Explorer’s versions of the deck today. Prior to New Capenna, the 2 ways to play the deck were Mardu and Esper. Mardu was the more popular version and it was pretty all in on the combo and had a lot of consistency. It leveraged Blood Tokens and red removal to get it’s Parhelion II and Skysovereign, Consol Flagship into the graveyard.

Now Esper on the other hand played a more control style that ends up using Greasefang as a 1 turn end game finisher. It leveraged draw, removal and planeswalkers to control the flow of the game until they can combo off with Greasefang and Parhelion. This version was a lot less popular because it took too long to get things going and you gave your opponent time to win.

Now Mardu Greasefang is a great deck in the format, but with Streets of New Capenna and some ingenuity from players, we have a new way to play this deck.

New Capenna brought in quite a few new cards to the Esper version. One that has unanimously been adopted in multiple decks is Ledger Shredder. It’s a great early game creature that allows us to filter our draws, and dump our vehicles in the graveyard.

Another card that has been adopted is Raffine, Scheming Seer. Both of these are great blockers in the early game and more importantly provide Connive. Connive is such a huge benefit to the deck. Now most versions are playing the control version of the deck but with these new additions. But there is a better way.

READ MORE: MTG is Turning 30, and Wizards Is Partying It Up in a Big Way!

We have a new way to play Esper Greasefang and it’s the better way to play the deck. This list comes to us from Eliott_Dragon and this deck plays a more Aggro strategy with Greasefang as the closer. Here’s the list that we have for Esper Aggro Greasefang.

How is this deck different from the other variants? Well we get to leverage a few great aggro creatures in addition to Ledger Shredder and Raffine.

Seasoned Hallowblade, Raffine’s Informant and Tenacious Underdog are the tech for this deck. Hallowblade and Informant are aggressive discard outlets that are consistent, and Underdog is just great recursive threat that also gives us cards.

These creatures let us play a bit more like the Mardu version, but with some of the strength of blue cards. I’d say if you’re playing Greasefang in Explorer, definitely give this a shot. I’ve been playing it and it feels a LOT better than playing Mardu.