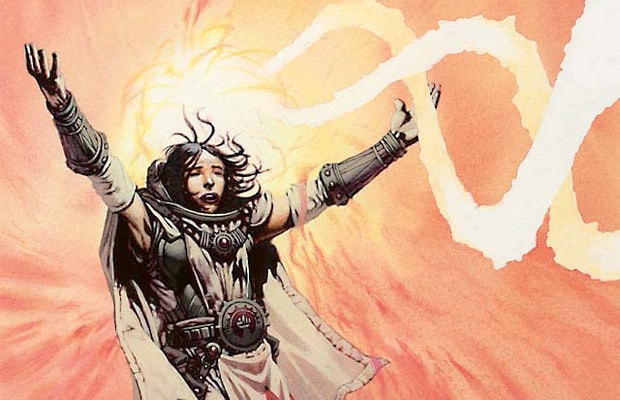 It’s no secret that Magic: the Gathering has changed a lot over the past few years. The amount of product released alone tells a very different story than the rest of the game’s existence. With a history older than many of the game’s players, it’s safe to say that enough time has passed to create some famous moments. Whether it’s a crazy top-decked Lightning Helix or the terrifying Eldrazi Winter, it’s not uncommon to hear players reminisce amount the famous and infamous events that occurred in the game’s past. Unfortunately, many of the articles capturing these moments are being lost, and MTG history may be gone forever.

The Loss of Archived History

As MTG continues to adapt to the modern world, we see historical patterns fall by the wayside. This also means that Wizards of the Coast is updating their websites to keep up with the times. This, unfortunately, does not come without consequence. As Wizards continues to transfer their information to something cutting edge, old information is being lost. This has been pointed out by Twitter user JasonVorthos, calling out the absence of a series of articles covering legendary moments of MTG history.

As stated by MTG personality SaffronOlive, this wasn’t surprising for the MTG community. Wizards of the Coast announced these changes in an article dating back to November 2022. This article reveals that changes to DailyMTG, the hub for Wizards of the Coast’s articles, are the cause for the loss of all these articles. While this article does reassure that some content will be making a return, there will be some moments lost along the way:

A: No, some content is going away. While enduringly popular and highly trafficked content, including Magic Story as well as Mark Rosewater’s Making Magic column, plus most content from the past few years, are moving to the new back-end, there are many older articles being retired.

There are a variety of reasons to sunset this content—it requires older technology or web solutions no longer in use, was temporal in nature by context or later updates, or it no longer meets our current editorial standards, among many others—and the extensive volume of content through the years means some of the old must make way for the new.

Any bookmarks you have to articles in English will get you to the right spot if the content made the move to the new back-end. Due to technical limitations, localized (non-English) content that is moving will not redirect to its new page. It will take a little time, but these articles will be accessible through search, similar to how many of you already find our important older content.”

While many MTG players lamenting the potential loss of these articles are competitively involved with the game, a community that has been dwarfed by the rise of Commander over time, they’re all lamenting the loss from a historical perspective. As said by MTG personality SaffronOlive, MTG has a vast history compared to other games in the Trading Card Game space. Having such a massive history of what the game has accomplished adds a layer of depth to the cards, creating an atmosphere that the game’s competitors cannot easily capture.

While many players were somewhat aware that some of these articles would be left behind, recent events have detailed just how severe those losses may be. Discourse among various MTG personalities who helped sculpt this history with their own two hands weigh in further on this issue:

“Do we have any idea if all that is gone forever, since that would be a tragedy.” – @lsv

“As someone who took a ten year hiatus from magic at one point, it was really neat to go back and look at maro’s state of design. Also maro every 100th article, rating his own articles would unveil hidden gems. Sad that old articles containing that rich history is gone.” – @pirdev

There is Still Hope

While things may look dire for MTG’s recorded history, things aren’t over quite yet. As mentioned by the same account that started the controversy, you can still find some of the content on the Wayback machine. The catch, however, is that you need the exact original link used for the article you want to read. While this means there is hope for a dedicated crowd to sift through much of MTG’s historical archives, it is not available in an easily accessible way.

“Q: Will older event content, such as Pro Tours and World Championships, still be available after November 10?

A: Yes, but not immediately. The process of moving events that took place prior to the launch of Magic.gg in 2019 are underway already. While many events, particularly those before 2019, will be unavailable on November 10, they will be republished later on Magic.gg and available again through its Event Archive.”

This gives some renewed hope that, as more time passes, some accessibility to older event coverage will be restored to DailyMTG. In the absolute worst-case scenario, MTG players can breathe a sigh of relief since there does seem to be a way to access a majority of the ‘lost’ MTG content, even though you do have to jump through some hoops to get there. This loss of history may be temporary or more permanent than the community could imagine. We simply don’t know yet.