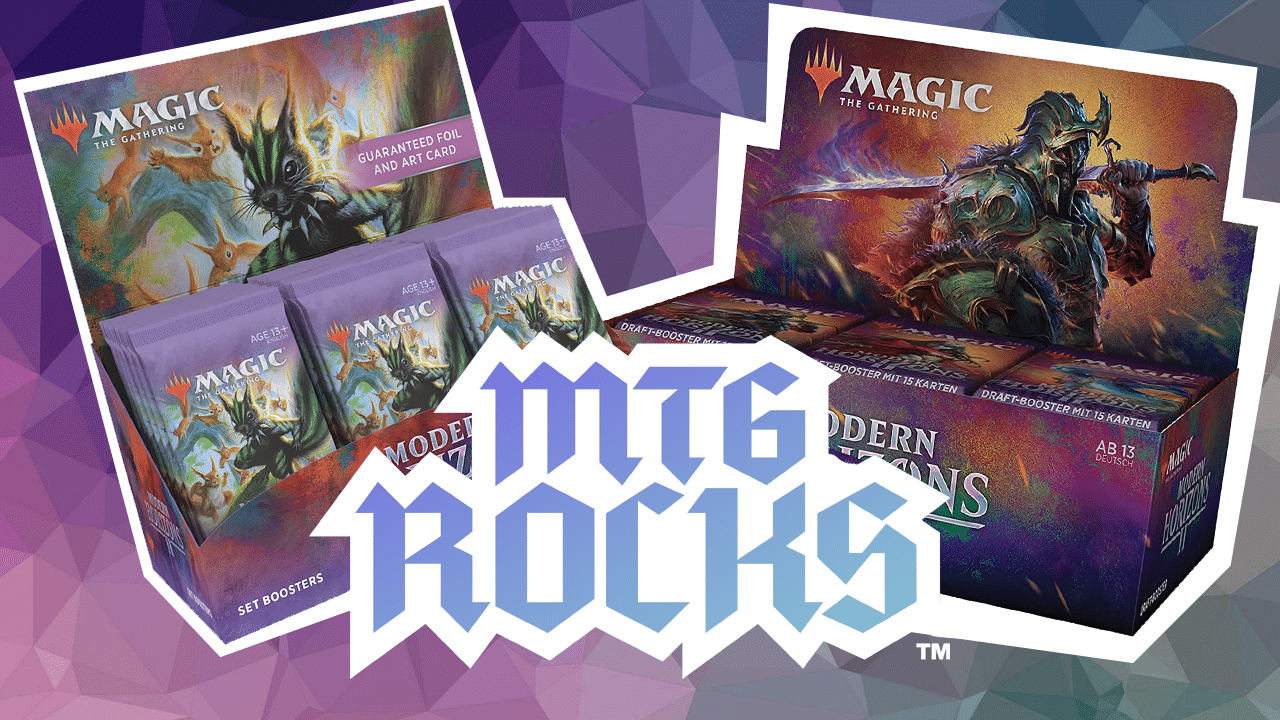 MTG Modern Horizons 2 - DEALS are on the Horizon TODAY!

Modern Horizons 2 is on sale on Amazon right now. Arguably more impactful than its predecessor (MH1), Modern Horizons 2 is changing our beloved game in many ways, and several of its products are seeing price reductions including Draft and Set Boxes.

Even if Modern isn’t your jam, MH2 has brought with it plenty of new, interesting commanders like Chatterfang, Squirrel General and Grist, the Hunger Tide , along with great commander staples like Imperial Recruiter and Mirari’s Wake .

Is now a good time to buy Modern Horizons 2?

Perhaps a better question is this: Is there ever not a good time to buy MH2?

One of the greatest features of Modern Horizons 2 are the enemy fetch lands, staples of any Modern, Legacy, and Commander Deck. These five cards, available in retro frames as well, are one of the best reasons to pick up MH2 booster packs no matter when you buy them.

Modern Horizons 2, being the smash hit that it is, is unlikely to drop any further in price, and there’s an argument that when its print run is finished (which won’t be for some time now) the booster boxes will only go up in price. With the current sale, now is as good of a time as ever to get your booster boxes!

It’s the classic Magic pack that many of us have known for years. It’s perfect for drafting with friends, or opening for fun.

*** Set Boosters can also contain an additional rare or mythic rare, and each pack has a 25% chance of including a card from The List (a curation of older cards getting reprints).

If you only want a few packs, those are on sale too. They’re 18% off! *This deal only applies to select countries.*