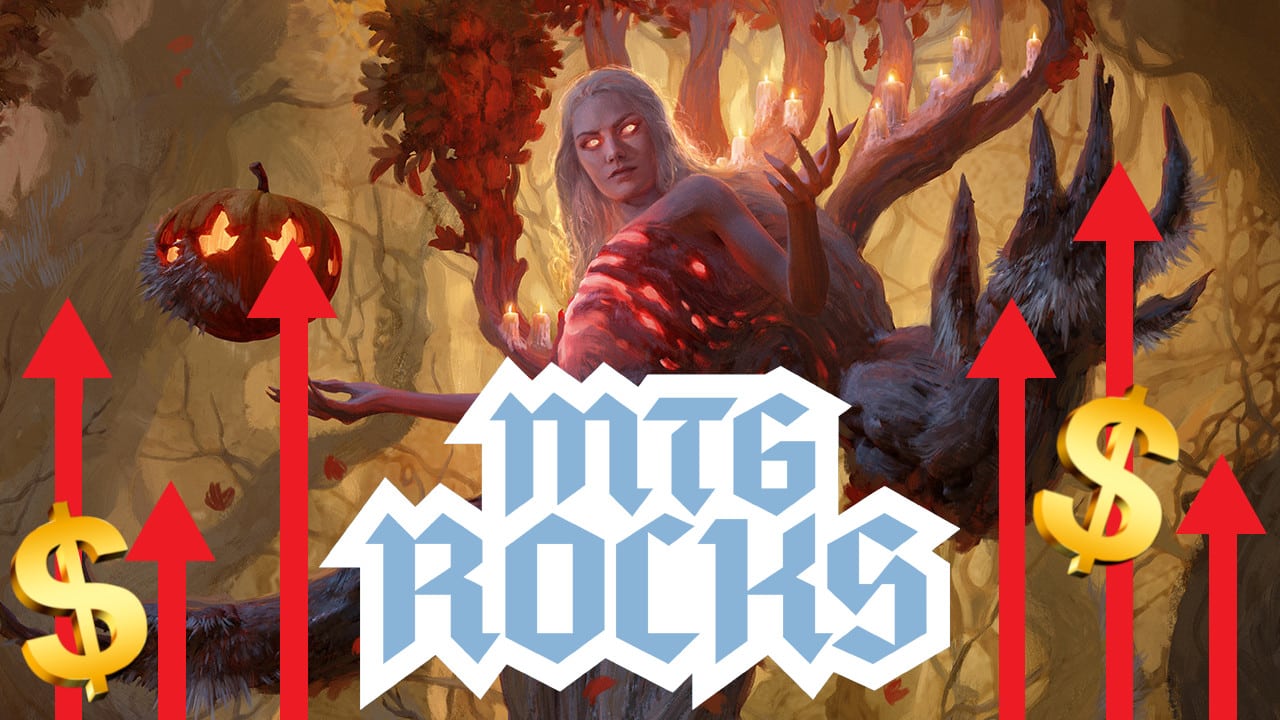 How Expensive Will Wrenn and Seven Get?

Wrenn and Seven is one of the chase mythic rares from Innistrad: Midnight Hunt and it is also one of the most expensive cards in the set. It had exorbitant preorder prices, dropped as low as $25.00 on release weekend, and has since climbed this week to $35.00. Will it go higher?

Wrenn and Seven in Standard

Wrenn and Seven has a bread-and-butter, synergistic partner in crime as indicated by early Standard 2022 decklists; that card is Esika’s Chariot. The reason these cards work so well together is that Chariot can be played on Turn 4, and when Wrenn and Seven comes down on Turn 5 and uses their -3 ability, the Chariot can crew itself, attack, and make a copy of Wrenn and Seven’s massive Treefolk creature token.

Wrenn and Seven could be the next Goldspan Dragon, a mythic rare from Kaldheim, that despite some low initial prices, is now a $45.00 card today because of its prominence in Standard. If you’re playing a red midrange deck in Standard, it’s at least worth considering the inclusion of Goldspan Dragon because it is just that good. I think the same can be said about Wrenn and Seven. If you’re playing green midrange in Standard, you’ll probably want 3-4 copies of Wrenn and Seven somewhere in your 75. Let’s look at a few decklists:

There have been a lot of Gruul (red-green) variants in the early weeks of Standard 2022. Some utilize Magda, Brazen Outlaw in combination with Jaspera Sentinel to make early explosive plays, while other Gruul decks are focusing on the new werewolves from Midnight Hunt. Even some of the werewolf tribal decks are including a full four copies of Wrenn and Seven because it is just that powerful. The above decklist got 2nd place in a tournament of 167 players over the weekend.

Selesnya Ramp and Sultai Festival are both decks showing good results in early Standard reports. Both of them feature a full four copies of Wrenn and Seven in cahoots with Storm the Festival. If you want to read more about these decks, I covered them both in an article, Is This Midnight Hunt Card the Next Collected Company?

Wrenn and Seven in Commander

There is a major emphasis on mana-ramp effects in Commander. Because of this, Wrenn and Seven is going to fit right in. In Standard, Wrenn and Seven is used primarily for its -3 ability. In Commander, however, we’ll use the whole package of the card. Its +1 ability adds lands to your hand from the top of your library, while simultaneously filling your graveyard. Its 0 ability can be used to ramp up our mana big time. And its ultimate ability can easily set us up to win the game. There are a ton of Commanders that are going to want a copy of Wrenn in Seven in their 99, like Lord Windgrace, Muldrotha, and Slogurk to name a few.

Wrenn and Seven (regular art) is currently running for about $35.00 on TCGPlayer. It is worth noting that there are only 38 listings on TCGPlayer at the time of this article, whereas other mythics in Midnight Hunt that have 100+ listings. This is evidence that there is demand for the card. I don’t think we’ll see Wrenn and Seven at the $25.00 mark again, as we saw on release weekend. In fact, with time, Wrenn and Seven could push $40.00+.