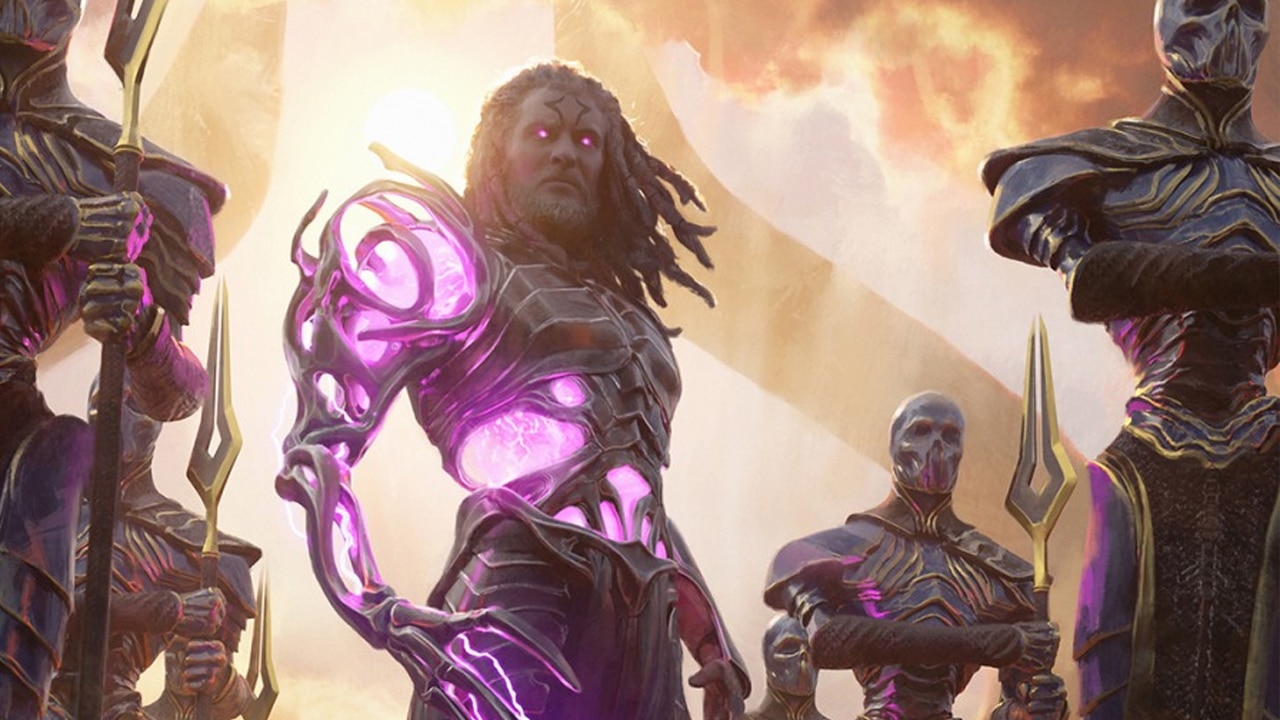 As you can imagine, since starting all the way back in 1993, MTG has changed a lot over the years. With Wizards of the Coast releasing over 25,000 cards since Alpha, this is hardly too much of a surprise. If anything, it’s remarkable that Magic hasn’t changed more over that time! It’s not like there are physically impossible six-sided cards in the game, after all… That would be ludicrous. While, on paper, at least, Magic is safe from these six-sided oddities, MTG has still seen substantial changes over the years. With new mechanics being added in almost every set, MTG’s complexity has been on a steep rise. Thanks to an accelerating release calendar, the complexity creep within MTG has become a growing issue in recent years. Somewhat remarkably, however, it appears mechanics appearing more often may actually help to solve this contentious issue.

Within Magic: the Gathering, there is a multitude of different ways that mechanics can reappear within a set. After earning their spot on the Storm Scale, some mechanics return for a single set before disappearing once more. Proliferate, a six on the Storm Scale, is Phyrexia: All Will Be One, is an example of this. Other mechanics, however, are useful, engaging, and inoffensive enough to become Evergreen mechanics. These keywords and abilities, including Mill, Flying, and Ward, can be used by Wizards in every single set. Between these two extremes sit Deciduous keywords and abilities. While available for Wizards R&D to use, these mechanics, which include Cycling, Surveil, and Landfall, don’t appear in every set.

“I like to think of deciduous mechanics as a toolbox full of more specialized tools that are available if needed but aren’t expected to be in most sets.”

Potentially appearing in any MTG set, it’s a huge deal whenever a mechanic becomes Evergreen or Deciduous. While it’s a great tool for improving a set’s design, unfortunately, mechanics becoming Deciduous isn’t always good news. For instance, when accompanied by errata, mechanics becoming Deciduous can cause significant confusion. This ultimately exacerbates the growing concern of complexity creep, as more keyword mechanics present an increased challenge for new MTG players. Recently, however, despite the problems they can present, Wizards of the Coast has been making more and more mechanics Deciduous.

Kicking off this recent trend last year, Wizards of the Coast quietly made Surveil and Landfall Deciduous mechanics. Increasing their availability to designers, this decision did cause some concern. However, Wizards didn’t stop there. Recently, speaking on their blog, Blogatog, MTG’s Lead Designer, Mark Rosewater, confirmed that even more mechanics are becoming Deciduous. The latest mechanics to get this treatment are Flashback, from Odyssey, and Affinity, from Mirrodin.

Upon hearing this news, many MTG players were taken aback that these mechanics could become Deciduous. While Flashback has always been a useful, fairly simple ability with a low score on the Storm Scale, the same cannot be said for Affinity. Upon its release, Affinity was an incredibly powerful mechanic that broke Standard in half and completely warped the format. Subsequently, Affinity didn’t appear again on new cards until Modern Horizons 2. Since reappearing in 2021, however, Affinity has been popping up in sets as a keyword mechanic with surprising regularity. Alongside this, in recent sets, several cards have utilized Affinity’s effect without the keyword itself.

Appearing in Kaldheim, Kamigawa: Neon Dynasty, Streets of New Capenna, and Dominaria United Affinity-Esque effects have been surprisingly popular. Subsequently, Wizards decided that it was time for a change, putting the mechanic firmly within the designer’s toolbox. So far, Wizards of the Coast hasn’t implemented any errata for these mechanics to add the keyword to past cards. However, following the past Deciduous change, it may only be a matter of time before this errata. This could give cards such as Angelic Observer Affinity for Citizens and Sky-Blessed Samurai Affinity for Enchantments. Thankfully, while this change could cause some confusion, it’s a change in name only, unlike the errata for Surveil.

Nevertheless, even only being a templating change, more Deciduous mechanics present a problem for new players. This change, however, is one that Mark Rosewater believes MTG players can handle, thanks to socials formats such as Commander. Vaguely explaining this decision in a recent post, Rosewater stated, “the popularity/complexity of Commander has convinced us we can make use of some old keywords more judiciously in premier sets.”

Across social media, while some players, such as u/ThoughtseizeScoop, highlighted how much Magic has changed over the years, the overall sentiment was relatively positive. Reddit user u/MeisterCthulhu, for instance, praised the decision to fix the almost needless lack of keywords on some cards. “I really like them making more mechanics deciduous. It bugs me a lot whenever I see a card that has a keyword mechanic but not the keyword itself. Plus, we’ve seen quite a few ‘Affinity to sets mechanic’ type cards in recent sets, so that might just become a limited staple.”

Alongside general praise for the Deciduous change and would-be errata, some players, such as u/LaboratoryManiac, pointed out complexity creep isn’t really an issue here. Some cards are bound to appear without a rules text description, but for the most part, this won’t be going away. In these instances, the additional keyword is more helpful than harmful, as it familiarizes players with the terminology. Subsequently, when implemented correctly, additional keywords can actually ease confusion rather than exacerbate complexity creep.

I don’t think writing ‘Affinity for Equipment (This spell costs (1) less for each Equipment you control.)’ is any more confusing for new players than just writing out the ability as a non-keyworded mechanic. The effect is spelled out in both situations, and by printing the keyword, you teach the player how older cards work by association with the new one.”