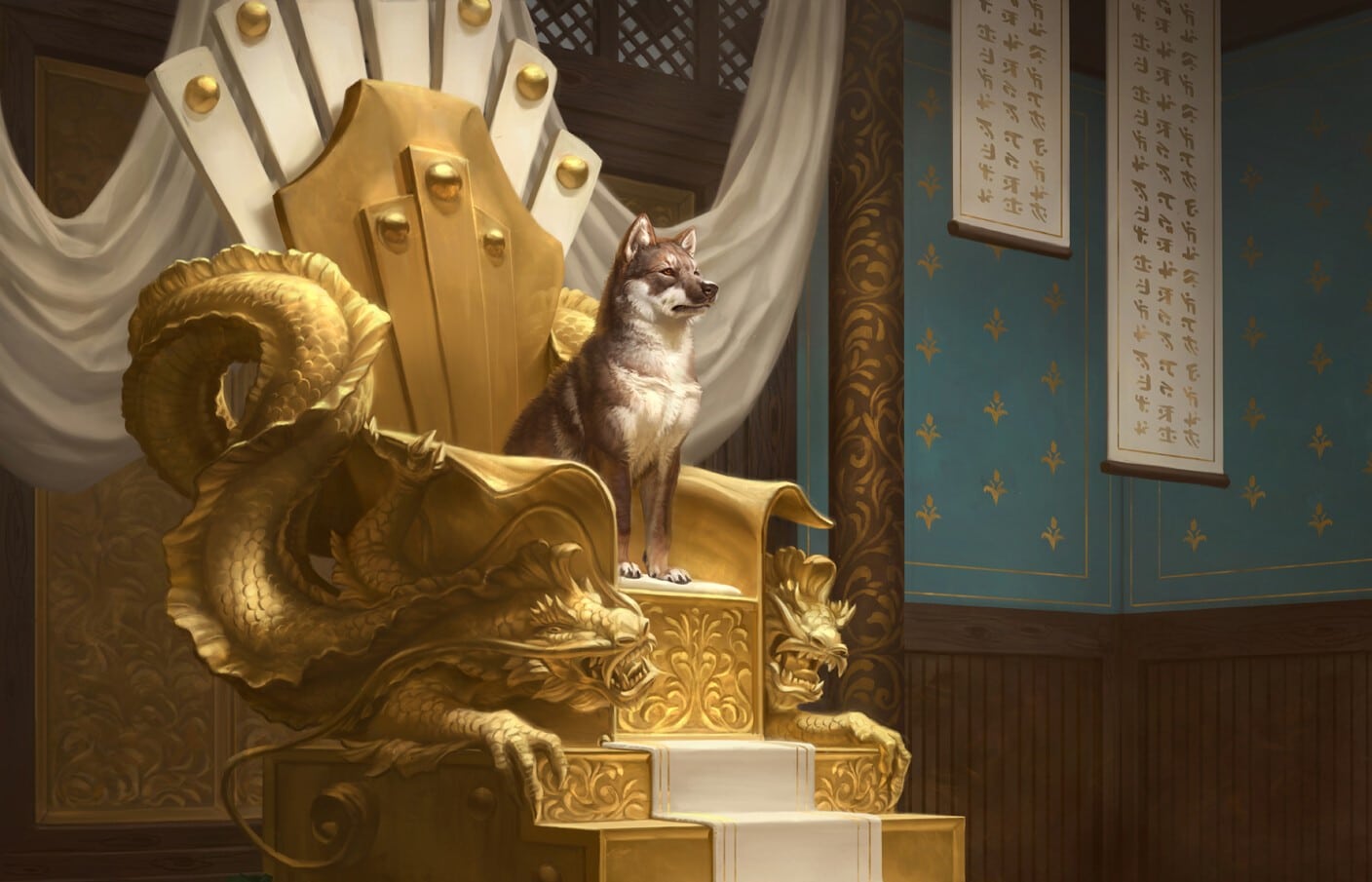 It took a bit, but Dominaria United and the MTG Warhammer crossover are genuinely starting to create some incredibly messy price movements in the market. We now have some bulk-bin cards (or at least under $10) that are now cards that everyone and their dog are looking for. Should you be looking for the one that is literally a dog, then best of luck because these cards are tough to find right now. That said, one of these cards went from being worth less than a dollar to $5 overnight. Can you take a guess?

Wait… didn’t we talk about this card yesterday? Well, the card saw an absurd spike since we took time to explain the infinite combo it enables with a new Warhammer card. The card was selling for about 30 cents at the beginning of the spike, quickly hitting a dollar. Now, it is selling for $5 and up. If you’re curious about how the combo works, we wrote a whole article about it yesterday. For those who listened to our advice and picked up some of these ASAP, congrats on the speculation, but be careful! A spike this sudden caused by a massive buyout is fragile and may not last long-term.

It’s not tough to see why this card is spiking super hard. Sheoldred, the Apocalypse is quite possibly the most unexpected breakout card from Dominaria United, wreaking absolute havoc in Standard, Pioneer, and Commander. Seizan makes Sheoldred’s ability much more punishing and even mitigates its downside for Sheoldred’s owner.

Over the past week, average sales on Seizan have spiked from between $7-10 to anywhere between $20-30, with prices showing signs of increasing even further. Seizan only has one printing, making even a slight amount of demand multiply the card’s cost. If you’re in the market, consider snatching one up when you see it.

Dominaria United is an excellent set for cards that care about Legendary cards. Yoshimaru grows alongside other Legendary permanents and is, therefore, a great upgrade to the Legendary matters archetype introduced in the Legends’ Legacy deck. Yoshimaru is also a great card to play with the new Jodah, the Unifier.

This card started spiking back in the middle of August from about $2 and is now selling for anywhere between $4 and $14. Condition matters a fair bit, but with some searching, you should be able to find a price under $10 if you’re interested in finding one of these for yourself.

This card’s spike seems to be just starting. Another card being affected by the Legends Matter theme, this is basically a cheap Ancient Tomb in the right deck. This saw some play on the Command Zone as well in a Dihada, Binder of Wills deck. As has been touched on multiple times here, anything that sees play on the Command Zone has a chance of spiking. That is how influential that particular content creator is.

Untaidake’s price is steadily increasing, pushing towards the $8 range. Considering this card was worth only around $3 at the beginning of the month, the price increase is enormous. This card has only one printing from an older set, meaning demand should heavily influence Untaidake’s price. This is a particular card I would watch, as it has the same patterns as Magosi did before its insane spike yesterday.

Here’s a card I have a few playsets of in my bulk bin that I’ll have to find now. This spike is also incredibly fresh and mainly driven by Standard and Pioneer. Tenacious Underdog is good in the early game and turns into card advantage as well as a clock even after it dies. The applications of this card are relatively obvious, and it’s very likely that, after this spike, it will retain a decent price tag in the long term. Its ability is simply too good.

Tenacious Underdog has risen from about $1 to $4. This isn’t a considerable amount, but this bulk-bin card is aggressively increasing. That said, this card’s prices may stabilize a bit early at around $3. Even though this may be the best card in Standard right now, it just doesn’t drive prices on the Secondary market. MTG players primarily play Standard online. It’s almost unheard of to see a large group of paper Standard players. Therefore, paper prices don’t get affected too much.

Ok… this card isn’t even recent enough to see any market movement, but we think you should keep an eye on it. This card is debuting at around $5, but we think it’s probably worth more than that. It may take some time for this to spike, but these Warhammer cards may become rather exclusive as some time passes. If you’re looking for ways to use this card in your gameplay, here are some ideas we thought up.