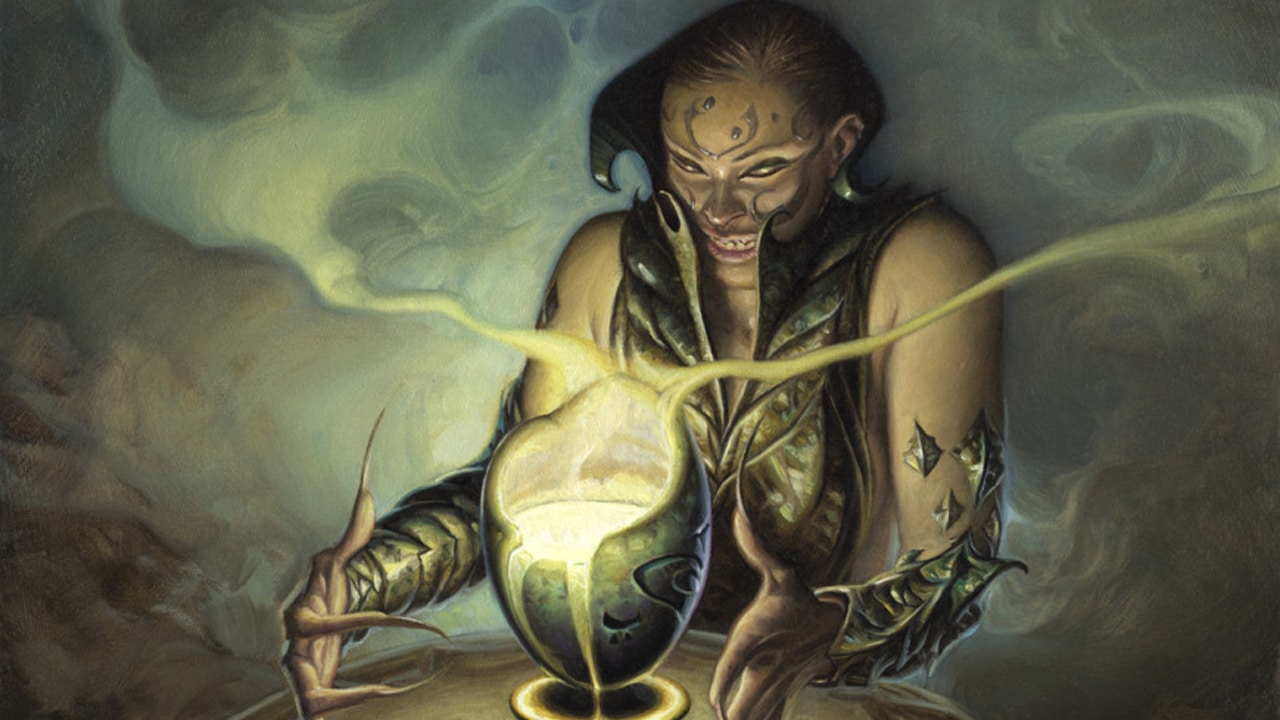 The release of MTG Arena’s latest Historic and Explorer Anthologies is just a few days away. Despite this, the promised spoilers that Wizards of the Coast hyped up are nowhere to be found. Since the reveal of the first cards from the new MTG Arena Anthology sets, we’ve seen plenty about Dominaria United and Unfinity, but nothing about Historic or Explorer. Thankfully, while Wizards has not officially revealed any new Explorer cards, we have at least seen some sneak peeks.

While Temur Battle Rage may not be worth getting excited about, its implications are. Alongside Favored Hoplite, Temur Battle Rage is the second Explorer Anthology 1 card suited for aggressive Boros decks. Because of this, we’re desperately hoping we may also see Monastery Swiftspear in this Anthology. As an incredibly powerful Pioneer and Pauper staple, Monastery Swiftspear is one of the most requested cards for Explorer Anthology 1.

Unfortunately, unlike Temur Battle Rage, Chalice of the Void doesn’t give us many clues about what might be in the rest of Historic Anthology 6. As a scattershot collection of cards from throughout Magic’s history, Historic Anthology 6 could include anything. So far, the inclusion of Tarmogoyf leads us to believe there could be more graveyard support with cards like Lord of Extinction. It’s equally possible, however, that we’ll merely be seeing a selection of powerful modern staples like Urza, Lord High Artificer. Until more spoilers get unveiled, I’ll still be hoping for discount Tron.

Where Are the Rest of the Spoilers?

Unfortunately, Wizards of the Coast appears to be keeping the latest MTG Arena Anthology cards under wraps for now. The complete card list for both Anthologies is set to be unveiled on Wednesday the 27th of July, so hopefully, we shouldn’t have to wait long to find out more.

While we would have liked to see a steady drip feed of spoilers, much as we’ll see for Dominaria United, maybe it’s for the better Wizards are taking things slow. Over the past few months, let alone the past week, Wizards has been nonstop with announcements. This has made keeping up with MTG almost impossible. While we’re here to tell you what you need to know, keeping up with all the dates and details can be challenging for players.

Until tomorrow, we’ll just have to sit and wait patiently until we see the complete card list. After that, we’ll only have to wait another day before playing with these cards. Historic Anthology 6 and Explorer Anthology 1 launch together on the 28th of June 2022, after all. Each MTG Arena Anthology will contain 20 cards and cost 4,000 gems or 25,000 gold.

Read More: Dominaria United May Be the Most Legendary Magic Set