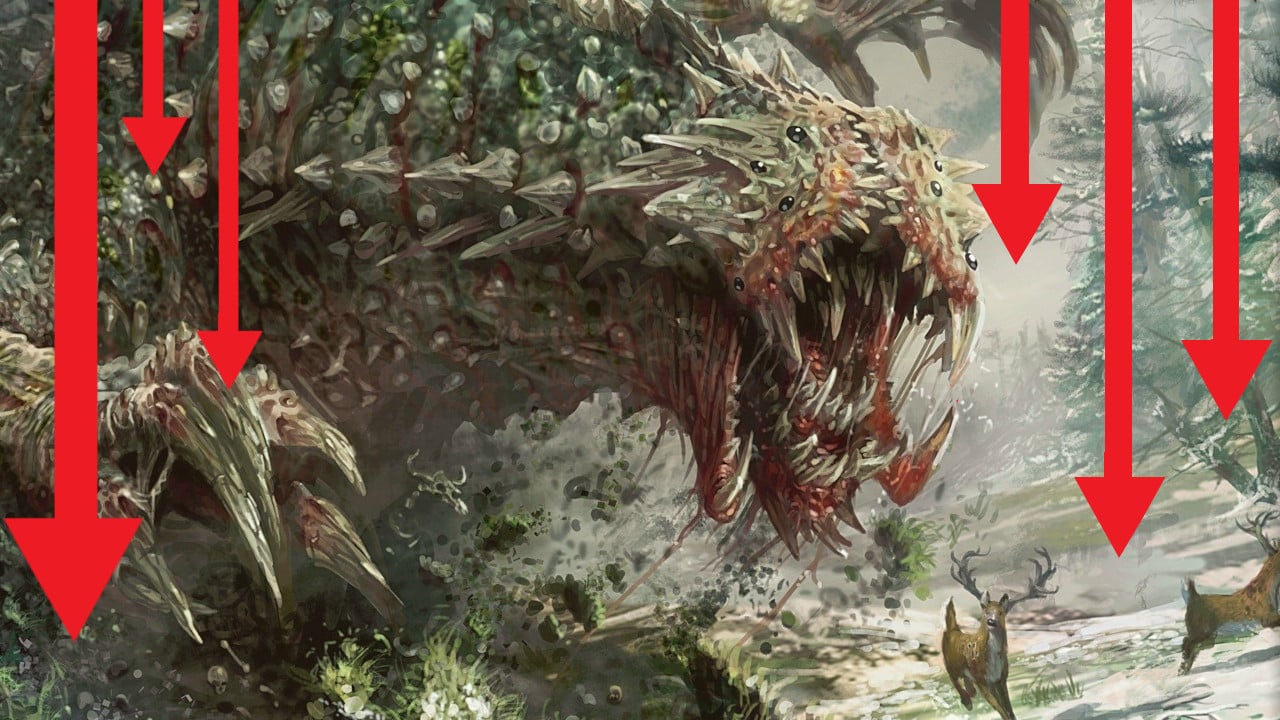 It's Finally Affordable! What Caused This OG Modern Staple to Fall From Favor?

Tarmogoyf is a classic Magic: the Gathering card. The card originally came out in Future Sight in 2007. Since then, it’s been a mainstay of many of Magic’s older formats like Modern, Legacy, and Vintage. Naturally, this made Tarmogoyf an extremely expensive card.

But a lot has changed since 2007 and these days, Tarmogoyf is relatively affordable.

Back in the day, paying just $20.00 for a Tarmogoyf was unthinkable. Its high prices gatekept many players from building the popular and powerful OG Modern Jund deck. Tarmogoyf’s new price will surely come as a relief to many players.

Why Did Tarmogoyf’s Price Drop?

The primary reason for Tarmogoyf’s price decline is its number of reprints. Just look at all the different sets you can find the card in:

There are seven different printings of Tarmogoyf. That is a lot and each injection of supply dropped Tarmogoyf’s price lower.

But there’s another reason Tarmogoyf’s price fell. The Modern metagame is in a very different state than it was back in 2007. New creatures like Ragavan, Nimble Pilferer, Dragon’s Rage Channeler, and Kroxa, Titan of Death’s Hunger contend with Tarmogoyf.

Additionally, there are new removal spells like Fatal Push and Prismatic Ending that can efficiently deal with Tarmogoyf.

While there are more cards that contend with Tarmogoyf in Modern, Tarmogoyf still sees play. Goyf is still a staple in decks such as in Jund, Death’s Shadow, Golgari Rock, and various other decks.

If you ever wanted to own a playset of Tarmogoyf but couldn’t because of its high prices, now is a good time to consider picking up some copies.

Read More: Are You Following The Market? All of These Modern Cards Are Rising in Price