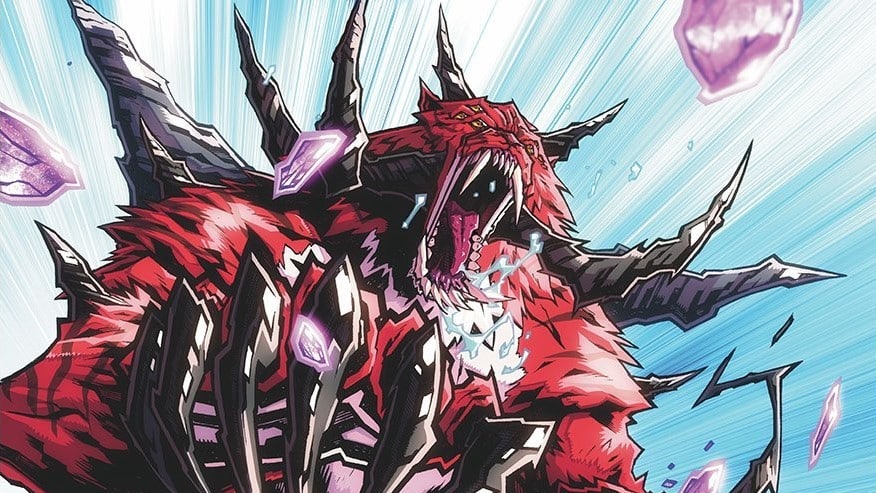 How Good Is Mutate In Commander?

There are lots of cool parasitic mechanics in Magic: The Gathering, but one of the most literal of the bunch comes from Ikora: Lair of Behemoths. The set has a lot of fun stuff within it, including the likes of Godzilla, but we really want to hone in on one specific mechanic.

We are, of course, talking about the mutate mechanic, which allows you to constantly change up the rules of your own creatures as you see fit, just as long as you’re not using Humans in your deck. We’re not sure why you’d use Humans anyway, they’re a bit dull from a flavor perspective, even if they are powerful. Anyway…

What is mutate in MTG?

Mutate is a mechanic that changes how you cast your creatures. It reads, “If you cast this spell for its mutate cost, put it over or under target non-Human creature you own. They mutate into the creature on top plus all abilities from under it.” Often, the mutate cost for a creature will differ from the standard cost, and more often than not, the cards with this mechanic will have triggers that occur every time they mutate.

Just take Nethroi, Apex of Death as an example, which has this ability: “Whenever this creature mutates, return any number of target creature cards with total power 10 or less from your graveyard to the battlefield.” In short, you’re going to want to stack your deck full of mutate cards and then have them all interacting with one another.

There are two limitations to this mechanic. For starters, there are only 39 cards that include the word mutate on them, and one of those is silver-bordered. Plus, they’re across all five colors, which leads to the other issue, which is that there is no one single commander that can have all of the cards in, or at least not one that has mutate on it itself. As long as you’re fine with running, let’s say Morophon, the Boundless, then you can pick and choose from the mutate cards on offer.

What are the best mutate cards?

Vadrok, Apex of Thunder, Snapdax, Apex of the Hunt, Otrimi, the Ever-Playful, Nethroi, Apex of Death, Illuna, Apex of Wishes, and Bokkos, Apex of Forever are probably the best of the bunch, but that’s no surprise given that they’re all mythic rare cards, and kind of the face of Ikoria.

Aside from those, we’re huge fans of Chittering Harvester, which makes foes sacrifice creatures whenever you mutate it and Dirge Bat, which kills things off when it mutates. Being able to kill off pesky problems is a huge boon, and doing it with a creature that has 100 triggers (hyperbole) when you mutate it, is wonderful.

You’ve also got cards that don’t have mutate themselves, but do give you bonuses when doing so. Pollywog Symbiote, for example. makes it so that you can cast your mutate creatures for cheaper, and you can even draw and discard when doing so. Essence Symbiote is also good, because it makes your mutations bigger, and even gains you life.

Read More: How Do You Like Your Artwork In MTG?