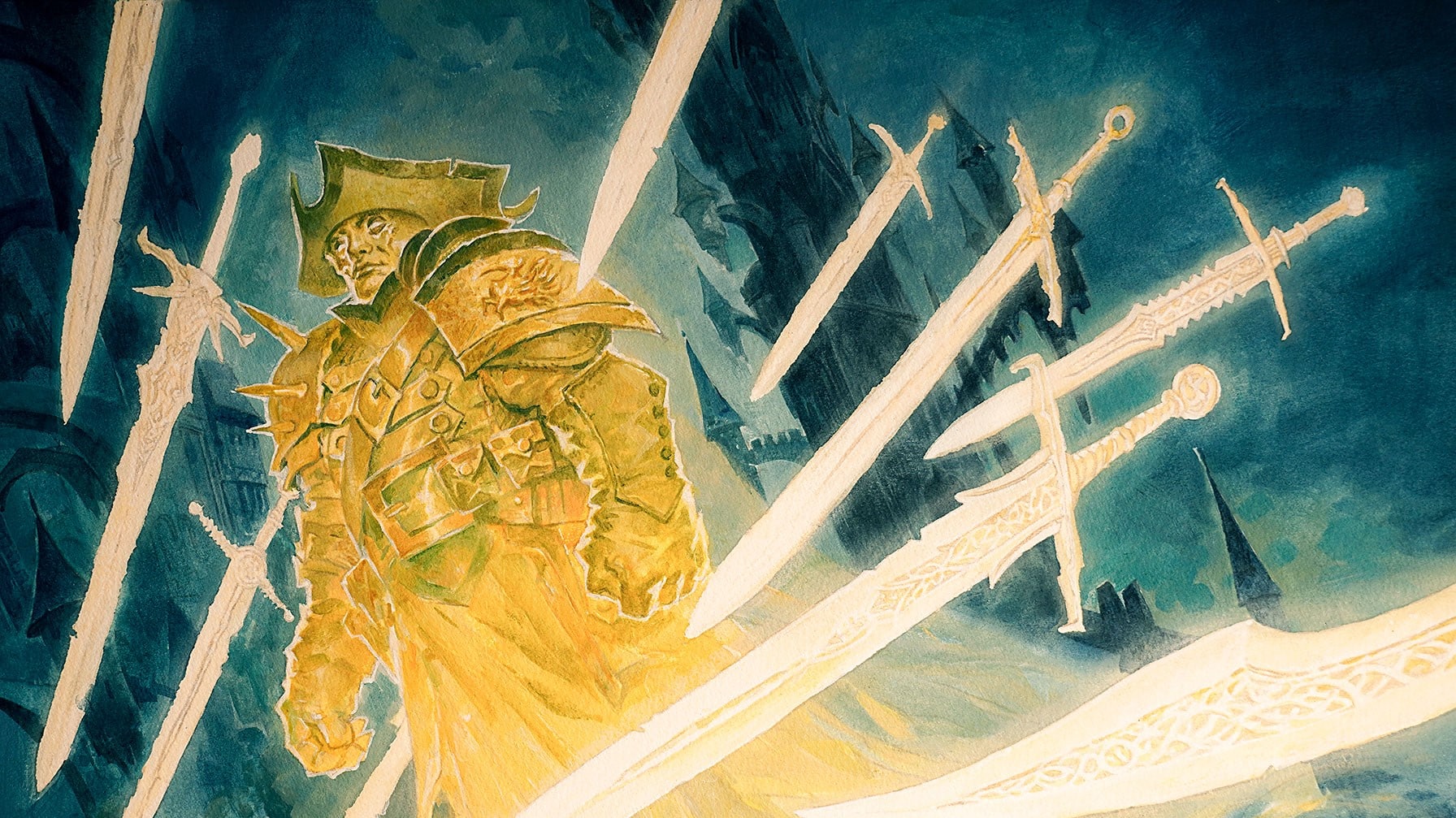 Faithbound Judge is absolutely one of the most entertaining new cards we’ve seen thanks to Crimson Vow. This new Spirit is out to take names, bear grudges, and win games, and we’re here for it.

It also makes for a fun build-around card too, and that’s where we come in. Well, that’s where this article comes in anyway. Look, let’s just jump into this properly instead of talking nonsense, shall we?

There’s a few ways to take advantage of this card, and while you could absolutely just take advantage of it in any deck with white in it, it makes more sense to power it up a bit. So, we’ve picked two strong commanders to help with this plan.

Katilda, Dawnhart Martyr is also a three-mana Spirit, but this time the text is very different. “Flying, lifelink, protection from Vampires. Katilda, Dawnhart Martyr’s power and toughness are each equal to the number of permanents you control that are Spirits and/or enchantments.” Basically, they get more powerful as long as you’re playing a lot of Spirits and Enchantments. There’s a lot of ways you can do both of these things, but we just really want to highlight two cards in particular.

That’s a lot of text, but the aim with this version of Katilda is to have a few really powerful Spirits in your deck, then use the rest of the space for potent enchantments that allow you to just smash face. We do like this concept a fair bit, but we’re also keen on adding more colors.

Mwahahahahahahahaha. Atraxa, Praetor’s Voice is a four-mana green, white, blue, and black 4/4 with flying vigilance, deathtouch, and lifelink. Plus, they allow you to proliferate in your end step. That’s a lot of stuff, but the main reason we’re taking them is that proliferate ability, because it means you can put an extra counter on Sinner’s Judgement and have players die even faster. However, there’s something else we can do because of the colors here.

Blue allows us to gain access to both Mirrormade and Clever Impersonator. Both of these can come in as additional copies of Sinner’s Judgement, which means you can use them to just wipe out an entire game in one fell swoop, as long as you have enough mana.

You can even make this more efficient by doubling the counters that are placed on it. There are a couple of cards for this, but the cheapest is probably Vorinclex, Monstrous Raider. This means you can kill an opponent off incredibly quickly, or just generally flex at the overkill you’ve just caused.