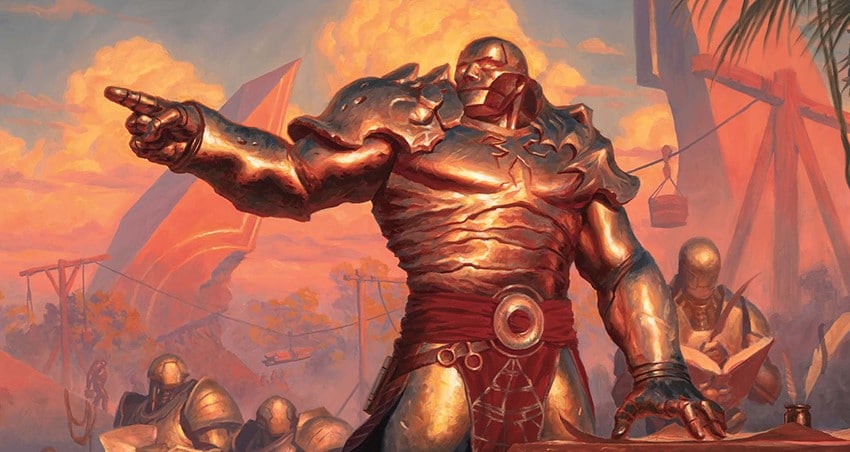 Throughout the past week, market trends have been weirder than usual. In the last instance, we had a $5 suddenly become $50 overnight! Things are not done yet, as more random dollar cards are spiking to somewhere between $5 and $10.

While not all market trends are related to this video, most of the biggest ones are. Last week, Tower of the Magistrate and Argivian Find spiked to $40 and $12 respectively. We highlighted a lot of cards from this video, but the ones that saw big spikes this week weren’t the ones we highlighted.

Seedtime is a card that I’ve had my eye on for a long time. Having a two-mana rate to take an extra turn is absurdly powerful. This is a strictly downgraded version of Time Walk that is considered by many to be the strongest card in all of Commander, even if it and everything else were unbanned. Considering that you’re playing against three people in Commander, there’s a good chance that at least one of your opponents will be in blue. For that reason, and it being recommended in the Command Zone’s video, Seedtime has spiked from about $8 to having sales between $15 and $20! This spike is so recent that, as of the writing of this article, TCGplayer has not quite caught it in their market data, but it is available in their sales history. Like the other spiking cards from this video, Seedtime only has one printing.

Another spike caused by being mentioned on the Command Zone, Holistic Wisdom, is an excellent green tool to ensure you’re constantly producing value in the late game. You can pitch a mana dork or a ramp spell for a bomb that has already been placed in the graveyard. I can think of a few decks that I own that may be interested in playing this card. Like Seedtime, this also only has one printing. While its spike from $2 to about $5 is less impressive, its worth has doubled regardless!

We mentioned this card as our go-to pick from last week. Other sources haven’t mentioned this spike, but Fury Storm is up to $9.50 in NM condition from $5 last week! This card is absurdly powerful, being able to copy all of your opponent’s win conditions. More importantly, as long as you’ve cast your Commander once throughout the game, it is a one-card infinite that only needs a one-card enabler to win! This card doesn’t look like it’s done anytime soon, so speculators should pick these up now. If you want some ideas for how to use Fury Storm, check out the link in this paragraph.

These are the only two other significant spikes as a result of the Command Zone for the time being. That being said, there are other small market movements this week that one can pay attention to:

Soul Echo is a strange Reserved List card that can be used to combo off with things like Ad Nauseam. X ends up equaling counters that your opponent can choose to remove instead of damaging you. As long as you have a counter on Soul Echo, your life can’t go below one. Soul Echo has increased from $2 to a high point of around $5, according to TCGplayer sales. There’s a good chance this Reserved List movement is due to a targeted buyout, but it’s not confirmed.

A lot of Dragon-related cards are seeing spikes this week. The most prevalent among them is Sarkhan Unbroken. Sarkhan and other dragon pieces have been slowly increasing in value since Commander Legends: Battle for Baldur’s Gate was announced. This is a fantastic option for five-color Dragon Commander decks and, more importantly, Miirym, Sentinel Wyrm. While the increase this week is only about $4 to $30, Sarkhan Unbroken has increased in price from $12 to $30 since the beginning of June.

With the trend being all of these Command Zone cards spiking, is everything on their list just going to spike? Chances are the cards with a lot of supply won’t get dented, but if there are any cards on their list with a small number of print runs, they could be reasonable speculations this week. Hopefully, you listened to our financial picks from last week and managed to get some cards for cheap!