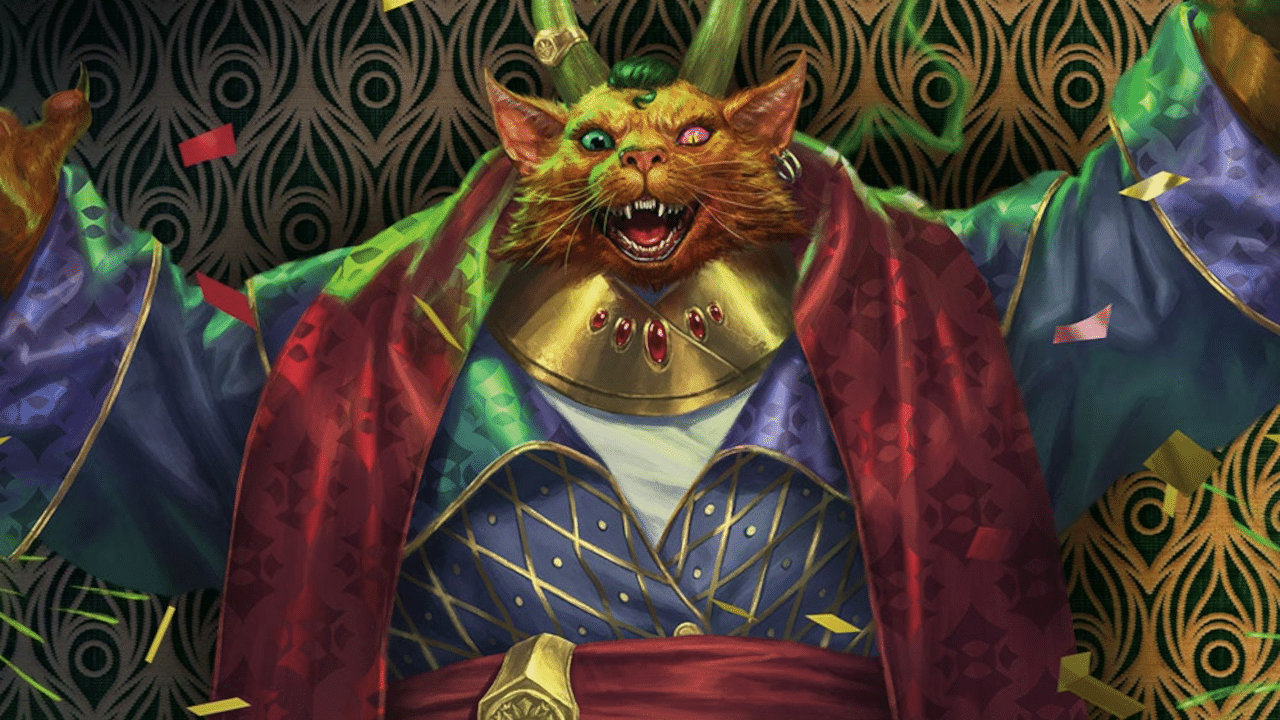 We finally have the full lists for the Streets of New Capenna Commander Decks! There’s 5 in total, and so there’s tons of room to upgrade each of these decks. Today we’ll be going through the Cabaretti Cacophony deck and offering our best recommended upgrades for the deck.

The main theme of this deck is tokens and a minor sub theme of “don’t attack me / Group hug-hate”. We have a few tri-color Legendary creatures in this deck that help support these playstyles, so let’s look at them really quick.

Kitt Kanto is our face card, with Phabine and Gahiji pulling back up singer duty. Whichever you choose, all 3 of these are fantastic options. Each of these commanders have an abilities that’re beneficial to having attacking creatures, and incentivizing our opponents to leave us alone in some way. With that in mind, let’s look at some cards to upgrade this deck!

BUY ON TCGPLAYER
Second Harvest is a fantastic instant, doubling up on all of our tokens that we have. This can come in handy to allow us to make a major attack, or spring up some surprise blockers in a pinch.

One of the better token producers out there, Tendershoot Dryad is a fantastic way to build a big board quickly. Since it’s ability triggers on each upkeep, you’re getting a lot of saprolings, and you’ll get the city’s blessing very quickly.

One of the strongest artifacts in commander is Skullclamp. Considering we’re going to be making a large amount of 1/1 tokens, this is cheap and efficient card draw.

One of the brand new Streets of New Capenna cards is actually great in this deck. Halo Fountain for one is a token producer, but also is a full blown win condition in the right circumstances. If we happen to have a LOT of creatures in play, we can attack, and untap them at instant speed to win the game on the spot.

Another fantastic artifact that contributes to our tokens game plan is Helm of the Host. We have some powerful creatures in our arsenal, so creating copies of them is a great idea. This also opens up some combo potential with cards like Combat Celebrant.

So far, we’ve mentioned a LOT of token support, and not a lot of the politics support. Well, Disrupt Decorum is one of the cards that can really open up the gates for some politics, and fits really nicely into our deck anyways. We’re aiming to build a big board, and if we force our opponents to attack each other, it gives us a nice opportunity to make some REALLY big headway in the damage department.

The land base in all of the decks are very good to be honest. We’ve come a long way in the complexity of the lands in these decks, but we still don’t have Shock and Fetch lands included in these precons. While it may seem a bit excessive to add these to the deck, these really do help smooth out the ability to cast spells, so definitely worth a pick up.

READ MORE: This New Capenna Uncommon is a New Staple in This Popular Archetype

Number 3 on our list is Eldrazi Monument. This artifact really gives our creatures a nice boost in power, and makes them indestructible as well which is huge. We should be pumping out a steady stream of tokens each turn so we should have plenty to feed this.

One of the biggest baddies out there to help close out a game is Craterhoof Behemoth. When this guy comes down, more than likely, the game is ending, especially if we have a wide board of tokens.

The biggest upgrades that you could get in this deck is going to be any of these token doubling enchantments. Obviously it helps to service our major plan of pumping out an army of tokens, but it helps sure up a weakness of the strategy. If we end up getting board wiped, or have to block inefficiently to stay alive, these enchantments help us stabilize and rebuild the pressure.