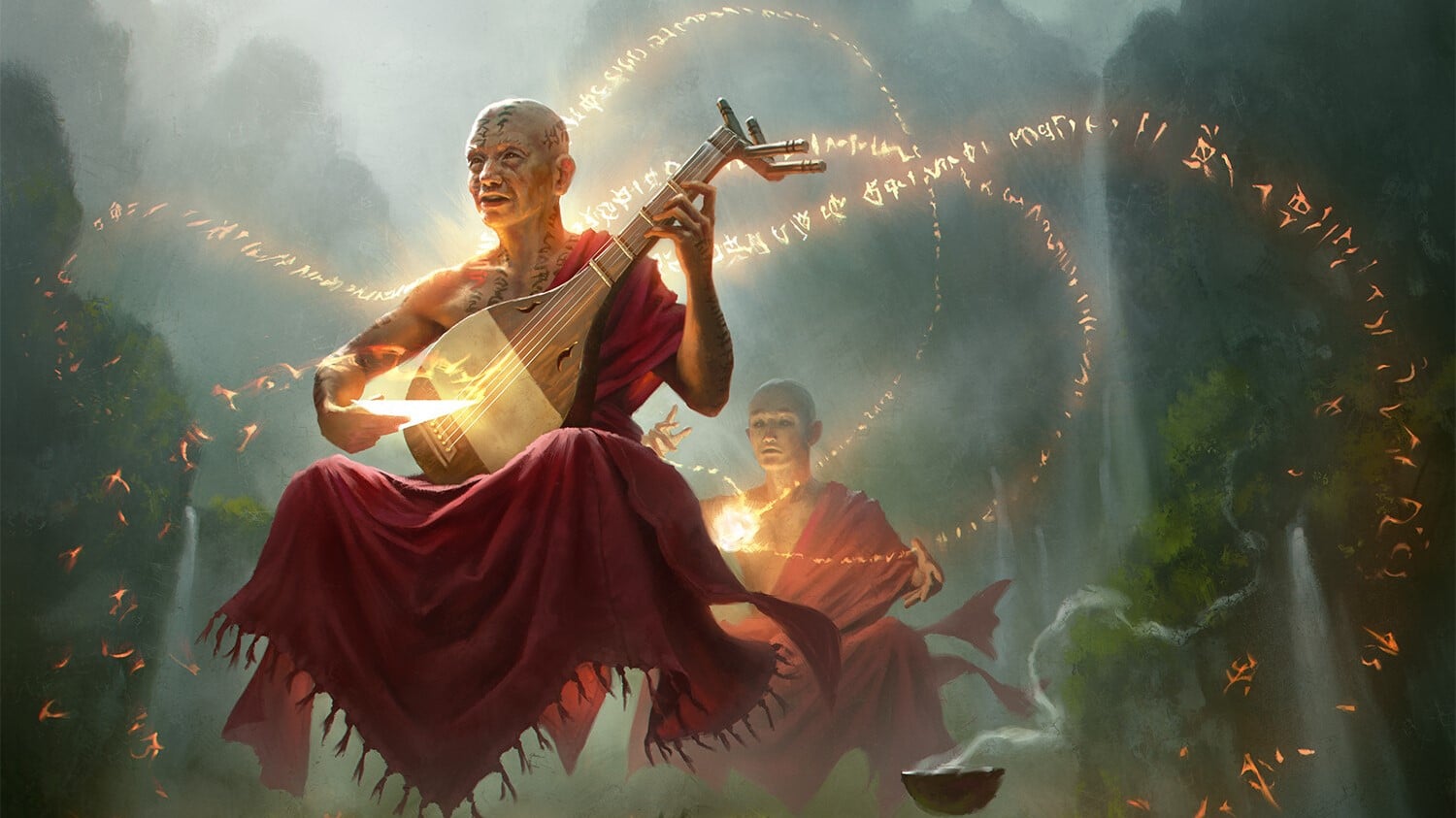 The 10 Best Enchantments In Commander

The best Enchantments in Commander can be found in any combination of colors, mana values, and effects. The thing that binds them all together is their card type, of course, but also the fact that they’re a huge boon when they’re in play.

Enchantments in Commander are a little different than in most formats, but you’ll often have a lot more mana to play with, and it means you can bring out some of the less competitive Enchantments as a result. It’s fun, you know?

The best Enchantments in Commander

Before we get into the full list of the best Enchantments in Commander, we’ve got two honorable mentions. First of all is Guardian Project, which is a four mana Green Enchantment that lets you draw a card whenever a Creature enters the battlefield as long as it doesn’t share a name with a Creature you control or one in the graveyard. That’s obviously pretty good in Commander.

Our second mention goes to Metallurgic Summonings, which is a five mana Blue Enchantment that creates an X/X Construct Creature token whenever you cast an Instant or Sorcery, where X is the mana value. You can also pay five mana to exile the card to return all Instants and Sorcery cards to your hand if you control six or more Artifacts. This is a great way of having a board presence without any actual Creatures.

First up is Warstorm Surge, which is a six mana Red Enchantment. For this cost, you get a card that turns every Creature you play into some kind of damage spell.

You see, it allows every Creature that enters the battlefield under your control to deal damage equal to its power to any target. This can be useful for clearing away pesky opposing Creatures, but is definitely at its best when you just obliterate someone’s life total with it.

Asceticism is a five mana Green Enchantment that is excellent in nearly every Green deck, because it gives you multiple layers of protection for your Creatures.

Along with making sure your Creatures can’t be targetted by spells or abilities your opponents control, it also allows you to pay two mana to regenerate a target Creature. This means that you’re only really vulnerable to board wipes, and even then, you can protect them unless it exiles them.

Basically, if you want to do lots of incredibly silly things with only a small amount of effort, you can absolutely manage that with this card. It’s not storm in the truest sense of the word, but it’s often close enough to make the difference negligible.

Rhythm of the Wild is a three mana Red and Green Enchantment that makes it so that your Creature spells can’t be countered, which is nice.

It also makes it so that all of your nontoken Creatures have riot, which means that when they enter you can either give them a +1/+1 counter, or you can give them haste. It’s a nice flexible choice for any deck, and if you combine it with Asceticism, you’ve got a lot of protection on your Creatures with very little effort.

While this is number six on our list of the best Enchantments in Commander, it’s probably number one in our hearts. Sunbird’s Invocation is a six mana Red enchantment that reads, “Whenever you cast a spell from your hand, reveal the top X cards of your library, where X is that spell’s mana value. You may cast a spell with mana value X or less from among cards revealed this way without paying its mana cost. Put the rest on the bottom of your library in a random order.”

Basically, you get two spells for the price of one, and you get to a fair bit of card selection when doing so, especially if you’re playing some big old cards. It’s just a really strong effect, and we all love getting stuff for free.

Doubling Season is a powerhouse. For five mana you get a Green Enchantment that, well, doubles most of the strategies you’ll likely want to be taking advantage of in Green.

You see, it doubles not only any counters you’d put on a permanent you control, but also the number of tokens you create too. This means that whether your strategy is to go wide or go big, or some version of both, this card has your back.

Phryexian Arena is a three mana Black Enchantment that lets you draw a card in your upkeep for the low cost of one life.

In most Black decks, you’re going to be able to offset that life loss with ease, and the fact that you’re effectively doubling your draw step each turn is worth that tiny cost anyway. You just need to keep an eye out for anything that’ll bring you to one life, because dying to this card sucks.

First up in our top three is Sylvan Library, which is the least annoying of the three. Sylvan Library is a two-mana Green Enchantment that has a lot of complicated text on it. The short version is that you get to look at the top three cards of your library and then draw one or more, but drawing most costs you four life.

The long version is this: “At the beginning of your draw step, you may draw two additional cards. If you do, choose two cards in your hand-drawn this turn. For each of those cards, pay 4 life or put the card on top of your library.” Anyway, we love card advantage because it’s kind of the best.

Smothering Tithe is an excellent and incredibly annoying card. For four White mana, you make it so that whenever an opponent draws a card, they have to pay two mana or you get to create a Treasure token.

This is a great way to make yourself a target by annoying everyone every turn by asking if they’re going to pay two mana, but it also gives you more mana than is reasonable in a very short space of time. This card is still good in a one-on-one, but it’s utterly absurd in a group game.

Our final pick for the best Enchantments in Commander is Rhystic Study, which is a three mana Blue Enchantment. Rhystic Study feels a bit like Smothering Tithe, but instead of triggering when someone draws a card and giving you mana, it triggers on spell casting and gives you cards.

It only costs one to avoid Rhystic Study’s effect, but the sheer sadism of getting to ask someone if they want to pay one mana to avoid you drawing a card EVERY SINGLE TIME THEY CAST A SPELL, is something that never gets old for even a second. The effect is good in the game, but the sheer psychological weight of this card is hard to beat.