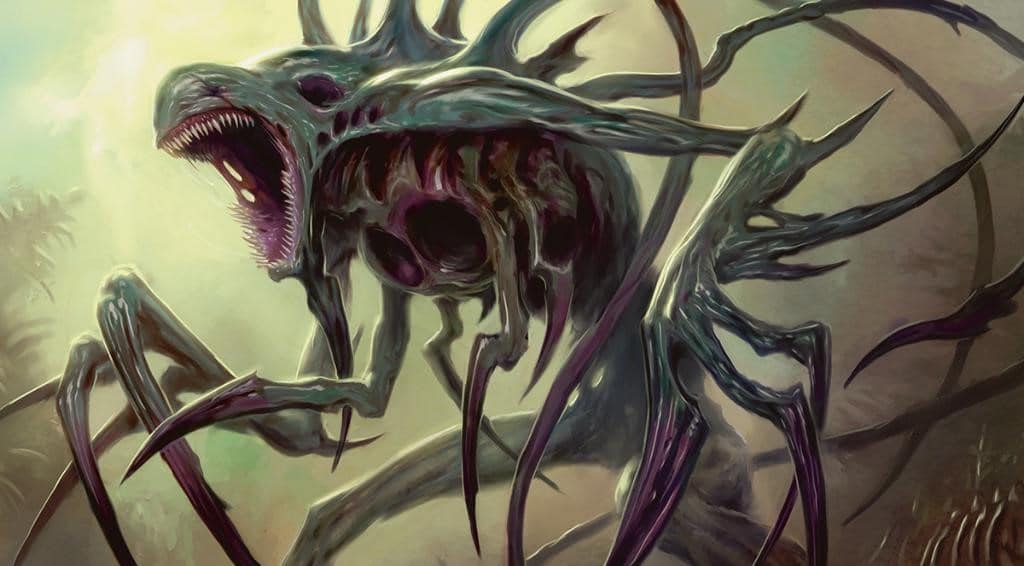 Are the Phyrexia: All Will Be One Spoilers Any Good?

The Phyrexia: All Will Be One first look was a rather exciting experience. Generally, spoiler cards are the main attraction at any set reveal, but this one was crafted so that some other teaser content seemed to trump it. It turns out that we’re getting ten new Planeswalkers with Compleat ‘What if’ versions! Alongside that was arguably the most variants of a single card that we’ve ever seen in an MTG set. Finally, we have some new cards and reprints from Phyrexia: All Will Be One that have a variety of effects. Let’s look at the Phyrexia: All Will Be One spoilers and evaluate how good they are!

Elesh Norn, Mother of Machines is a five mana Legendary Creature that, essentially, functions as a Panharmonicon for you and a Torpor Orb for your opponents. We already talked about this card in a previous article, but I will quickly go over my thoughts on this card’s relevance:

Elesh Norn is definitely going to see Commander play. Nothing quite screams Commander like a Panharmonicon that turns opponent’s Panharmonicons off. Outside of Commander, however, things are a lot less certain.

There is a possibility that the card sees fringe play in Pioneer. I think the meta would have to evolve in a pretty unique way for that to be the case, but this could find a home as a hate piece in Fires of Invention builds there. Chances are, however, that it will not see play.

Standard is a similar story. There are a lot of effects in popular Grixis strategies that Elesh Norn puts the breaks on. That said, this card generally isn’t worth the five mana investment compared to what else could be played in the format. I think Elesh Norn legitimately has a chance of being played in Standard but it, once again, depends on how the format evolves. At this point, however, Elesh Norn is more likely to not see play in anything outside of Commander.

Phyrexian Obliterator is a 5/5 Phyrexian Horror that is incredibly tough to deal with. Whoever deals damage to this four-mana behemoth needs to sacrifice permanents equal to the damage dealt. This is a card that, in its past Standard formats, completely warped the metagame around it. Any deck that primarily cares about damage, like Mono Red Aggro, got completely shut out by a card like this.

Mono Black Aggro was already a thing in Dominaria United Standard, and this is just another point for that deck. I would not be surprised if people, at worst, try Mono Black and find it to keep up with the rest of the metagame. That said, in Standard’s current form, Go for the Throat is the prime removal spell, which is great for dealing with Phyrexian Obliterator. This card also has to compete with Sheoldred, the Apocalypse as a four mana slot in black decks. I would not be surprised if this card at least sees some play in Standard. It has the potential, however, to completely warp the format.

Mono Black aggro is also a playable archetype in Pioneer, but has traditionally been outpaced by Rakdos decks that are trying to do a similar thing at a bit of a more controlling pace. Phyrexian Obliterator is a very good reason to play Mono Black. Decks that have little to no removal, like Mono Green Devotion, will have a very difficult time dealing with Phyrexian Obliterator. That said, Green is a sort of combo deck, so the clock presented by a turn four Obliterator may not be good enough. Either way, especially considering the interaction between Nykthos, Shrine to Nyx and Phyrexian Obliteratior, I think there is a good chance that this will see experimentation in Pioneer and Explorer by extension.

Koth is the first of ten new Planeswalkers revealed to be a part of Phyrexia: All Will be One. We know which characters will be returning in the new set, but not what they do, or which five of them will be Compleated. We talk more about that, and Koth’s viability here.

The short version of our thoughts on Koth, however, is that its kind of terrible. It may be a limited bomb, and the card’s ultimate ability is genuinely scary and easy to access, but Koth’s other abilities are really lacking for a four mana Planeswalker.

Slobad’s newest iteration has his age-old fans malding. This three mana card, honestly, is really held back by it’s ability being a tap effect. This card legitimately seems terrible to me and, while I really hope that a mana generator (which can lead to combo decks) will secretly be insane, I do not have a lot of hope for this card. I can’t overstate how badly I want to be wrong about this though. It could be a cute ramp enabler, but that would require you to have an artifact that already has a high mana value in play. Maybe this card interacts with Prototype in a cool way, but I am almost certain that no cool interaction exists there.

While Phyrexia: All Will Be One celebrates the glory of Phyrexia, there are still a few rebels to trace an underlying theme of hope under the almost certain victory. Its a good thing that Jor Kadeen’s effectiveness in the story is not a reflection of its abilities, because we would be doomed.

This is another Boros card for equipment Commander decks. I do not think this will see play in any constructed format outside of that because the payoff is simply not worth the investment required. To really take advantage of Jor Kadeen, you need multiple equipped creatures, which is far too slow of a strategy outside of HammerTime in Modern. As for HammerTime, this is still way too slow for that deck.

Blue Sun’s Twilight is a card with a bit more potential. Stealing a token for two mana is certainly an exciting thought, so this could have a unique effect in any formats that have strong token synergies. Cards like these usually end up being bombs in Limited, but outside of that, I think this card could potentially see play in Standard. The format is slow enough that the bonus ability from its X cost should be relevant. That can create a gigantic tempo swing and put your opponent in a terrible position. I don’t think the card will see play outside of Commander and Standard, but I think the card sees a good chance of seeing some serious Standard play.

Apparently, Blue Sun’s Twilight marks a cycle of cards from Phyrexia: All Will be One that reference the old Sun cycle, while also depicting a Praetor in each picture, like this one feature Jin-Gitaxias.

There were some Universes Within Streetfighter cards that are coming to Set Boosters as well, but those aren’t going to be legal outside of Commander, so we won’t be talking about them here. If you’re interested in those, we have another article outlining them here.

In summary, while all of these cards seem to have their own places in Commander, there aren’t very many that look like they will majorly impact constructed formats. Phyrexian Obliterator is obviously an all-star reprint that may impact constructed in a major way, but outside of that, Blue Sun’s Twilight is the only card that shows promise of constructed play.

That said, these are all guesses, and we could be wrong about all of it. However, according to the current state of Standard Pioneer and Modern, our thoughts stand as such.