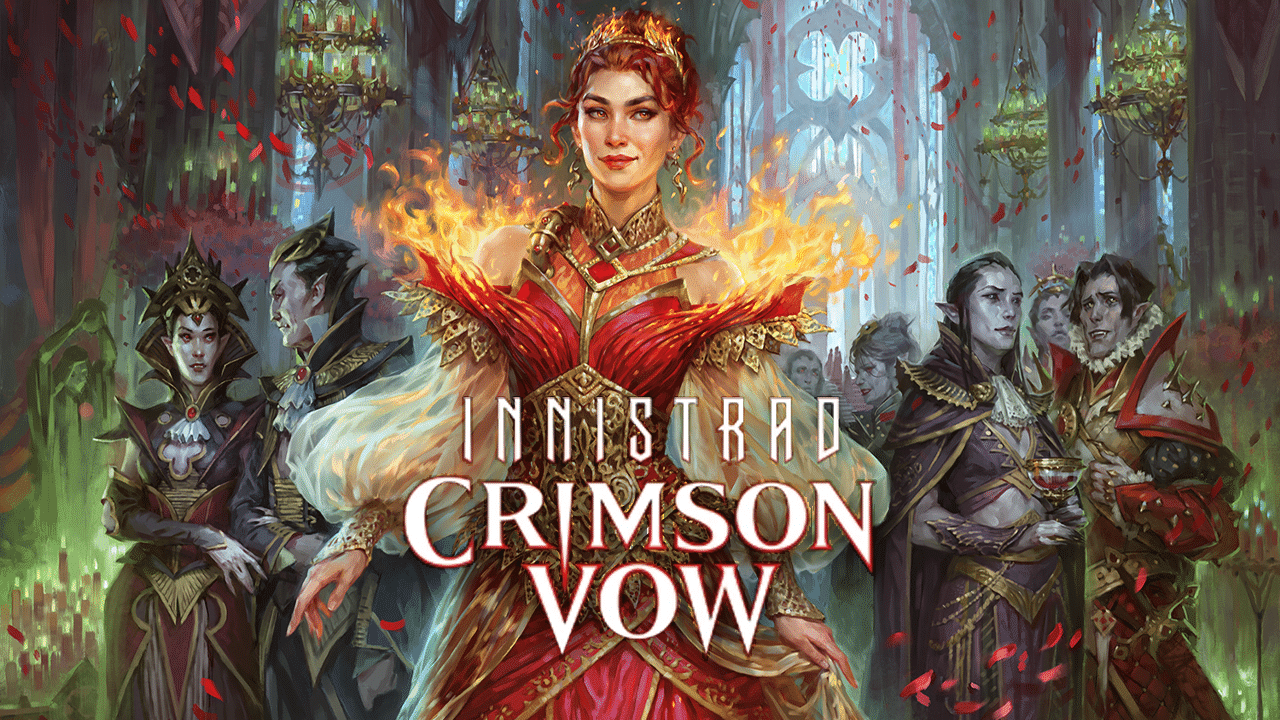 Innistrad: Crimson Vow releases tomorrow (November 11th) on Magic Arena. We’ve gone through and rated the Mythics, Rares, and some Commons and Uncommons and rated them for their constructed viability and whether or not you should craft them. Today we’re going to focus in on Historic, and take a look at the 10 best cards for the format from Crimson Vow.

Mulch is a super sweet reprint coming from Stronghold and original Innistrad. This card could help bolster some great dredge or reanimator strategies that exist in Historic. This could also help fuel some Wrenn and Seven or Cultivator Colossus style ramp decks as well.

Stormchaser Drake is a very cool card. It can go in a Jeskai Feather, the Redeemed deck. Even if we don’t want to play Feather, we can still buff this guy up a bunch with buff spells and try to snowball a game win

Savior of Ollenbock is a very interesting human, and could be worth testing in Humans. I think that there’s plenty of situations where the abilities on here could be useful. We can also hit it off Collected Company which is pretty awesome too.

In a similar fashion to Savior, Cemetery Prowler is another creature that could fit into the Collected Company deck really nice. If we exile a creature, all of ours our cheaper to cast, which is awesome for that kind of deck. It’s also a solid creature on it’s own as well.

Alchemist’s Gambit is a card that is expected to make a big splash in Standard, but Izzet Epiphany is also seemingly making it’s way into Historic too. I think that there’s also tons of 2 turn kill potential with this card due to the larger card pool.

5. Voice of the Blessed

Voice of the Blessed is basically a better Ajani’s Pridemate and will be a replacement for it in the various Life Gain / Angel decks in the format. While those decks are tier 2, this is a solid power boost that will help it’s consistency and strength.

Cartographer’s Survey is a crazy card for ramp decks. Historic has a ton of great ramp cards like Explore and Growth Spiral and this definitely another solid spell. This gets us up to 7 mana super quickly and there’s so many great things that we can do at 7+ mana.

I think that Hamlet Vanguard is a fantastic creature that has a home in the CoCo Humans deck. Having Ward can make it much harder to kill, and it can come in with so many counters that it poses a real threat.

The Dual land cycle in this set are actually very nice inclusions in this format. While Historic has a fairly robust dual land set up, having more options is always a good thing, and these are pretty solid lands.

The card I think I might be the most excited for in Historic is Cemetery Gatekeeper. This is Historic’s near equivalent to Eidolon of the Great Revel, and something that Mono Red / Burn has been dying for. Since those decks play a lower land count, we won’t be dealing too much damage to ourselves that often, and our opponents will have to consider how much damage they want to end up taking. Say that we exile a creature, we could heavily stymie an aggro deck, and we can finish out the game with a host of burn spells. I think there’s a lot of potential with this card, and I’m excited to build with it.