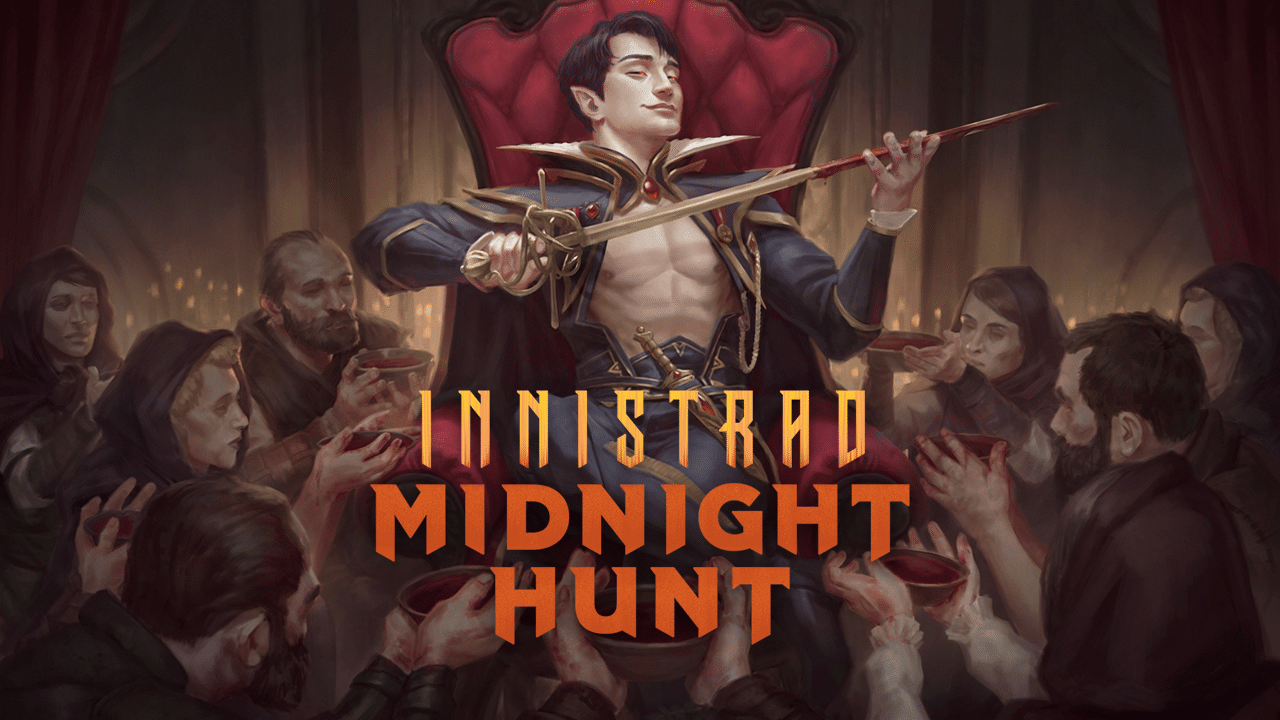 Innistrad: Midnight Hunt is full of awesome cards, and it hits Magic: Arena on Thursday! While there’s a lot of thematic cards, there’s also a lot of great Legendary Creatures as well! Here’s our top 10 Commanders for Historic Brawl. These are in no particular order of power, just the top 10 of the set.

Number 10 on our list is Sigarda, Champion of Light. This is the best Humans commander for the set, and you get access to a few other great cards from the set as well. Katilda, Dawnhart Prime was a close consideration for this spot, but she fits better in the 99.

Number 9 on the list is Tovolar, Dire Overlord. There really isn’t enough Werewolves to make a tribal deck, but Tovolar is a great Gruul Aggro commander. It’s definitely possible to flip this guy and get access to the Kessig Wolfrun.

Number 8 is Liesa, Forgotten Archangel. Liesa is a very interesting commander. Her first effect lends itself to playing creatures, but the second effect makes you want to play removal. The first thought I have is to play this in some kind of Angel / Life gain strategy alongside various removal cards.

BUY ON TCGPLAYER
Saryth, the Viper’s Fang is a very interesting commander. This is obviously going to be a Mono Green creature deck. You have the option of comboing this with Fynn, the Fangbearer to potentially infect your opponent’s out of the game. Giving all of your creatures deathtouch can often make them unblockable, and and great blockers themselves. It’ll be very interesting to see how this deck unfolds, but this one I think is very strong.

6. Lier, Disciple of the Drowned

Number 6 on the list is Lier, Disciple of the Drowned. With this, you’re playing a Mono Blue spellslinger style deck, but one that you will have to think about how many counter spells you’re playing. It’s probably worth it to play some but not rely on them. You’ll want to play creatures like Poppet Stitcher to also take advantage of your many spells. This deck is definitely a puzzle that will be really interesting to solve.

Number 5 is Vadrik, Astral Archmage. There’s a few routes to go with this deck, the first that I can think of is just a regular Izzet Spellslinger deck, taking advantage of the incremental mana reduction that Vadrik provides. The other route could be a Storm style deck, potentially playing cards like Thousand-Year Storm and Birgi, God of Storytelling.

READ MORE: This Archetype is Going to Dominate Standard with Innistrad: Midnight Hunt

Number 4 is Florian, Voldaren Scion. Decks with Florian at the helm definitely wants to be aggressive in nature, trying to take advantage of Florian’s effect. You also probably want to be playing a good amount of cheap removal or burn to clear the way for your creatures.

Number 3 is Ludevic, Necrogenius. This kind of deck is one where you want to get some very powerful creatures in the graveyard, and use Ludevic’s ability to pseudo-reanimate it onto the Olag. Some prime candidates for this are going to be Ulamog, the Ceaseless Hunger, Jin-Gitaxias, Core Augur, or Xanathar, Guild Kingpin. The rest of the deck is definitely going to be more controlling with draw spells, counter spells and removal.

Number 2 is Old Stickfingers. This is a very interesting deck type, as this one really focuses a lot more on your commander. You’ll end up having to play a ton of creatures to help power him up, but you also want to find a balance of removal and ways to protect it.

Our number 1 cards is Gisa, Glorious Resurrector. Gisa decks really wants to play a lot of removal in spells and creature effects. You really want to be killing your opponent’s creatures to be able to cycle them into your own army and gain their benefits.