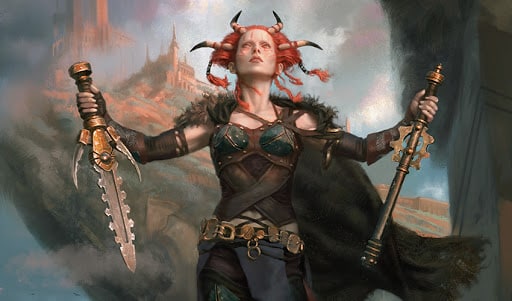 In Magic: the Gathering, there are many different kinds of formats. There’s a plethora of competitive constructed formats, like Standard, Pioneer, and Modern. We also have casual formats like Commander, Canadian Highlander, and Brawl. But when it comes to the limited space, we have Draft and Sealed. These are very commonplace, but there’s a limited format that’s seldom ran or talked about and it’s AWESOME!

This format is called Box Sealed. It’s actually exactly like it sounds, you get a whole booster box of cards, and you build a sealed deck from that box. Now that may sound simple, but it’s an actually wild format! In normal sealed you have 6 packs of cards to build your deck with. That’s a lot less cards and a lot less packs to open up. So how do you effectively do a box sealed?

Know the Set and Open Fast

The first trick to successfully doing a box sealed is to know the set, or at the very least, know some of the more powerful cards in the set. This will allow you to know at a glance that certain cards that you open in your packs are going to be directions that you can build towards. This will save you a LOT of time when you’re opening your packs, since there’s a LOT more to go through.

Since there is also a lot more packs to go through, (between 4-6x the packs), you’ll want to open fast and not really read the commons most of the uncommons. Rares and Mythics might be worth taking a second to read, uncommons in the colors you might be going are worth skimming as well.

As you’re opening your packs, you want to pre-organize your packs in some fashion. This will make deck construction much easier. What I do is I color sort my cards with each of the 5 colors, multicolor, lands and colorless / artifacts. When all my packs are open and I have some indications of how I want to build my deck, I can more effectively go through the color piles that I’m using and discard the rest.

READ MORE: MTG Singles are DOUBLING in Price Across the Border

When you’re presented with this amount of cardboard, you can more than likely build a couple of very strong decks. But trying to build both decks at the same time can be a huge detriment to your build experience. You have a limited amount of time to open and build, so you need to build 1 deck before your time runs out. If you need to quickly assess your rares and mythics, then do that, but be prepared to pick a lane and run with it.

For example, I was doing a Commander Legends: Battle for Baldur’s Gate Box Sealed at DreamHack Dallas. In my packs, I opened Miirym, Sentinel Wyrm and Minthara, Merciless Soul. Both of these cards seemed very interesting to me but they’re in completely separate color pools. As I opened, I noted that there was a lot of support for Miirym, so I made a mental note of key cards for that deck and built that.

Now I didn’t have time to build Minthara, but if I had maybe another 5-10 minutes, I’d look at building that deck after finishing Miirym.

READ MORE: Tabletop Magic: The Gathering is Back in a BIG Way And It’s About Time!

Filtering Down and Curve

As you’re going through deck construction, you might find that you’re presented with a LOT of playables for your deck. Probably the hardest thing to do in these kinds of events is knowing how to pair down your playables to the best ones. For this kind of thing, you can think about the BREAD acronym: Bombs, Removal, Evasion, Aggro, and Duds.

You also need to think about your curve as well and making sure that you’re able to make plays at all points in the game, with a good mix of creatures and non-creature spells.

Overall, the format is an absolute blast! It feels that you can build out any kind of deck, and the power level of these decks are so much higher due to having more cards. If this sounds interesting to you, consider asking your LGS if they would be willing to run one of these kinds of events for the next new set that comes out.