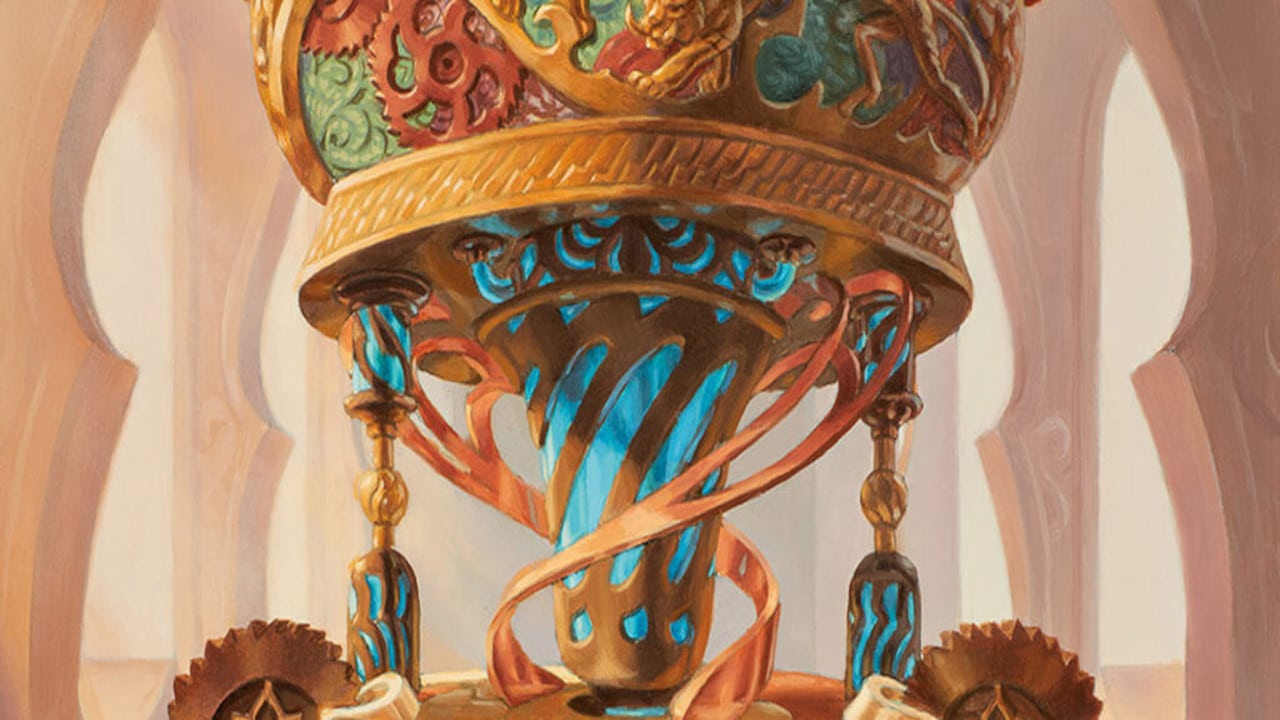 Would Aether Vial Be Too Good In Historic?

When Wizards of the Coast announces new Historic Anthology releases, there’s always a buzz around what’s going to be in the set. We’ve seen powerful spells like Ulamog, the Ceaseless Hunger, Burning-Tree Emissary and Maelstrom Pulse be introduced to the Historic format, but at the same time, we’ve seen some duds, like Devil’s Play and Ammit Eternal. But one card that I’ve see a lot of people asking for in the Historic format is Aether Vial. While this card is one that’s loved by a lot of the community, would Aether Vial be too good in Historic?

The reason that Aether Vial is loved by a lot of the community is because it’s a key piece in many beloved tribal strategies in older formats. In Modern, we see it used in multiple decks, from Spirits, to Merfolk, Goblins to Humans. It’s also a very important piece in Death and Taxes. This allows these decks that generally are playing many smaller creatures, and generally less lands, the ability to be able to contest a board state or play hyper aggressively to win their games. Aether Vial’s power even goes back to Legacy, with Death and Taxes and Goblins playing a full 4 copies. There’s even a deck named after the card, in Esper Vial, which utilizes Aether Vial to be able to cheat in powerful creatures and blink effects to protect them.

What Decks Could Use Aether Vial in Historic?

To answer the question here for which decks could use Vial, we can look back at the decks in Modern to start and see if those decks become more competitive in Historic with Vial. First off, we’ll look at Merfolk.

Merfolk in Historic have always been generally non-competitive as they don’t do anything over the top powerful. They can have fast starts, but with the lack of 2 mana lords, the deck doesn’t quite have the speed that Modern Merfolk have. That being said I think that the addition of Aether Vial to the format will bring this deck back into the conversation.

The second deck would be Spirits. This deck was a top competitor in Modern in the past, and has become a top tier deck in Pioneer. There are a couple of other key pieces missing from this deck in Spell Queller, Mausoleum Wanderer and Selfless Spirit, which really powers down the Historic version into more of an aggressive deck than a tempo deck. The inclusion of Vial to the deck would help this deck do its job better as it can vial in a lord as a combat trick, or another spirit for Shacklegeist to tap a creature down, or better yet a Rattlechains to protect one of your creatures from removal. The deck definitely would gain a good amount of power, and I think that if we get Shadows Over Innistrad remastered, this deck will be top tier.

Next up is Goblins. Goblins was once the deck to beat in the format for while. It recently fell off main stream popularity, but it still has legs on ladder. If we want to include vial in the deck, it’s tricky to find spots, but I decided that we can trim on Wily Goblin as Vial fills a similar roll, but then I also cut Gempalm Incinerator as well. I’d imagine that this deck comes back into the meta with the inclusion of Vial, as it was a power house before.

The last tribal deck that we will talk about here is humans. Humans has gotten a lot of tools from Historic Anthology as well as some standard sets, but hasn’t found its legs in the format. With the addition of Aether Vial, humans may be able to wedge itself into the format. I think the big pieces that’s missing from this deck would be Mantis Rider and Thalia’s Lieutenant, which would allow us to remove some of the less impactful creatures in the deck.

The final deck that we’ll cover today will be GW Taxes. This is a variant of the GW Collected Company deck that’s popular right now. This version plays a bit less aggressive in favor of more creature control effects The addition of Collected Company and Aether Vial should allow this deck to play more reactively and be able to punish our opponent’s plays.

While there are definitely more applications for Aether Vial, these were the ones that I think use it the best. I think that Aether Vial would be a welcome addition to the format, and I definitely don’t think it’d be too good for Historic. It gives certain decks some power, but not enough power to take over the format. What do you think? Do you think that Aether Vial would make a meaningful impact on the Historic format? Let us know in the comments.