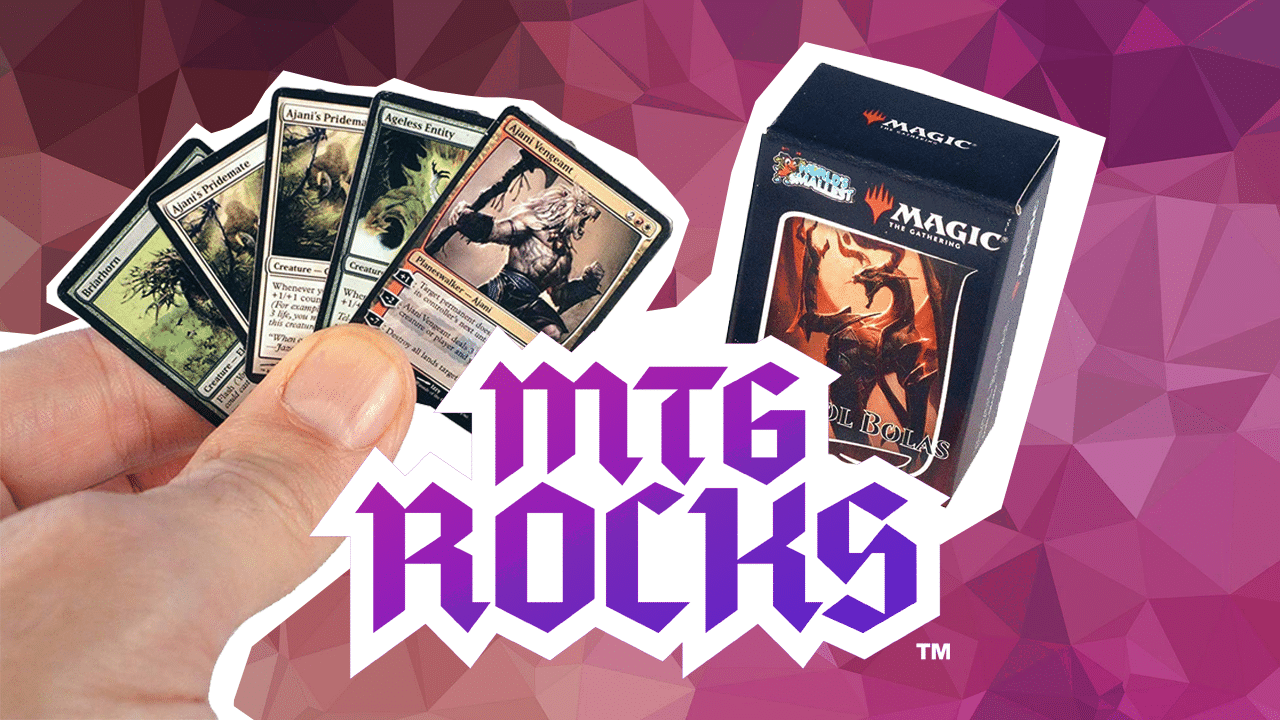 The World's Smallest MTG Cards: It's Time to Sling Mini-Spells with Mini-Duel Decks

The world’s smallest Magic the Gathering cards are in stock on Amazon, and they make for a light-hearted, funny spin on some of the classic Duel Decks from the past.

These mini decks are neat, collectable items, perfect for Christmas stocking-stuffers or party favors. They’re nostalgic products with a new spin. And more importantly, they will catch your friends off guard when you challenge them to a game of Magic and then whip out these little spells.

Two pairs of duel decks (4 in total) are currently on sale:

He’s the most infamous of the seven Elder Dragons. He was going to take over the Multiverse. In War of the Spark, Nicol Bolas was planning to harvest the sparks of all our favorite Planeswalkers and leave them for dead in order to transcend to God-like powers. But could he have done all that if he were only the size of a human thumb?

But there’s more than just our old friend, and ex-God Pharoh, Nicol Bolas. Collect all 4 planeswalkers in miniature form.

If you haven’t seen these decks on store shelves in a while, it’s because Jace vs Vraska was released in 2014, and Ajani vs Nicol Bolas was released three years before that, in 2011. That makes these mini-decks the perfect way for newer players to experience these duel decks for the first time, and for veteran players to buy a tiny piece of nostalgia, and relive some old memories.

Will These Decks Go Up in Value?

So, there is a chance they are a good investment. Although, this will depend on whether the product gets a reprint in the near future. But if World’s Smallest decides to make new, mini Magic products in the future, it could make these initial decks more valuable. Only time will tell.