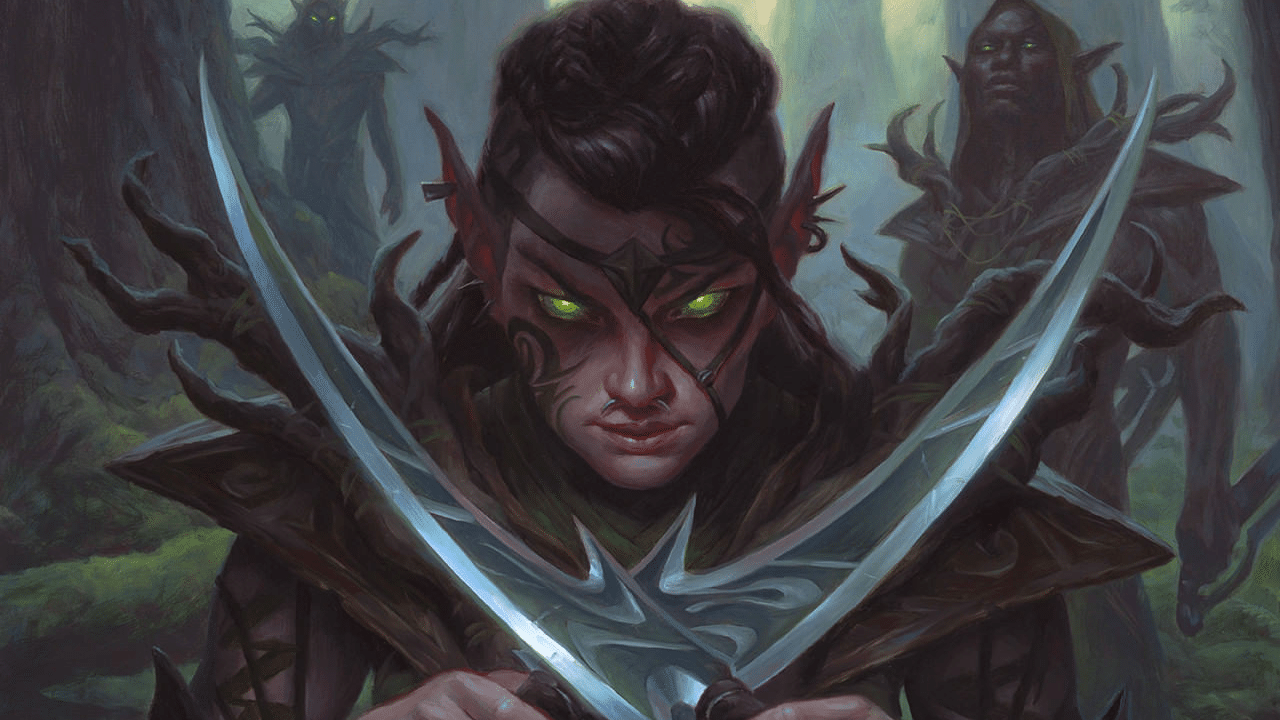 This Sick MTG Deck Will Have You Stomping the Competition

As the dust settles over the Explorer format, we’re left with a few decks standing tall at the top of the metagame. Rakdos Midrange, Mono Red Aggro, Azorius Control, Esper Greasefang and Fight Rigging variants all command a fairly equal share of the meta at the moment. But say you don’t want to play one of these decks. You want to come out, gun’s blazing and stomp the competition and feel powerful doing it. Well, we have the deck for you!

The deck we’re going to look at today is Mono Green Stompy, brought to us by Dafore. This deck goes hard and goes fast, and has the tools to keep up with the metagame.

The deck is a bit more aggressively slanted, not having any main deck creatures above 4 mana value, but the ones we do play are incredible value. Let’s talk through each of the mana value segments of the deck and what they’re good for.

Our turn 1 is pretty straight forward. We definitely want to land a Llanowar Elves or a Pelt Collector to kick the party off. Llanowar lets us ramp up a turn and out pace our opponent’s turn 2. Our 3 drop slot is really where our beef is so getting there ahead of schedule is really nice.

Pelt Collector gives us a growing threat on the board as we execute our game plan of playing creatures. Assumedly, anything that gets removed from the board is going to be a much bigger prize than this so it can grow from that as well.

Turn 2 is a very important turn for this deck depending on what we’re facing and if we are going first or not. If we’re facing something like Greasefang, we definitely need to get down Scavenging Ooze. This allows us to keep up a fair bit of mana to be able to deal with vehicles in the graveyard.

Resilient Khenra may not seem flashy, and is probably better suited to be played later in the game. But it’s a good way to pressure our opponent’s life total in certain match ups like control. It also has the benefit of Eternalize, gaining value later in the game as well. Werewolf Packleader is our average turn 2 play, being a solid body, and a good source of card advantage. It’s also a good way to try and force damage through with it’s activated ability.

For turn 3, we have a swath of powerful creatures to land, and they have the ability to take over the game.

Kazandu Mammoth is our most uninteresting play, but it regularly serves as a 5/5 during combat. It also doubles up as a land which can be helpful. Both Steel Leaf Champion and Old-Growth Troll are the kinds of creatures that end up running away with the game. They apply a ton of pressure, and have various benefits.

We’ve covered most of the cards in the main, but there’s a couple extras that didn’t really fit into the previous categories. Primal Might is a great fight spell pretty much at any point in the game.

Rhonas the Indomitable is a great blocker and buff spell for our other creatures. We want to try and play this in the midgame when we have some threats in play to allow it to attack / block, but it’s a strong pick.

Lastly, Collected Company fits the deck so well, since all of our creatures are 3 mana or less. This is just a powerhouse of a spell, making combat really fuzzy for our opponent’s attacks, rebuilding after a board wipe, or cheating out a few more creatures to close out the game.

Sideboard and Beating the Meta

Our game 1’s versus most of the meta decks at the moment should be generally good. Generally we’re going faster or bigger than nearly all of the decks, and barring an ideal start from Greasefang or Fight Rigging, we should be able to close Game 1’s very quickly.

For the sideboard, we have some great options to make sure our game 2’s are just as good as game 1.

Shaper’s Sacntuary and Tamiyo’s Safekeeping are great against removal heavy decks like control and Rakdos. Tamiyo’s also does good work against Mono Red, giving us a small amount of life gain. Kraul Harpooner is specifically good in the Mono Blue Spirits match up, but can be useful against Greasefang if we happen to hit it off Collected Company before attacks. Questing Beast demolishes low to the ground aggro strategies. Ram Through and The Great Henge are generally good against creature decks. Ram Through helps us remove blockers, similar to Primal Might. One benefit here is that it’s an instant so it’s a good tool against Greasefang. Henge helps us grow our creatures out of reasonable blocking range, as well as provides us great draw potential.

Finally, Unlicensed Hearse is great for Greasefang and other graveyard decks. This is definitely a better in boarded games option, since it doesn’t cost us anything to exile cards other than tapping, so if we’re on the draw, we can still hit Parhelion II out of the graveyard.

If you’re looking for a more straight forward deck to play that is competitive against the meta for Explorer, Mono Green is definitely a great choice. Hopefully, this guide helped you with the deck and you can go forth and crush your opponents!