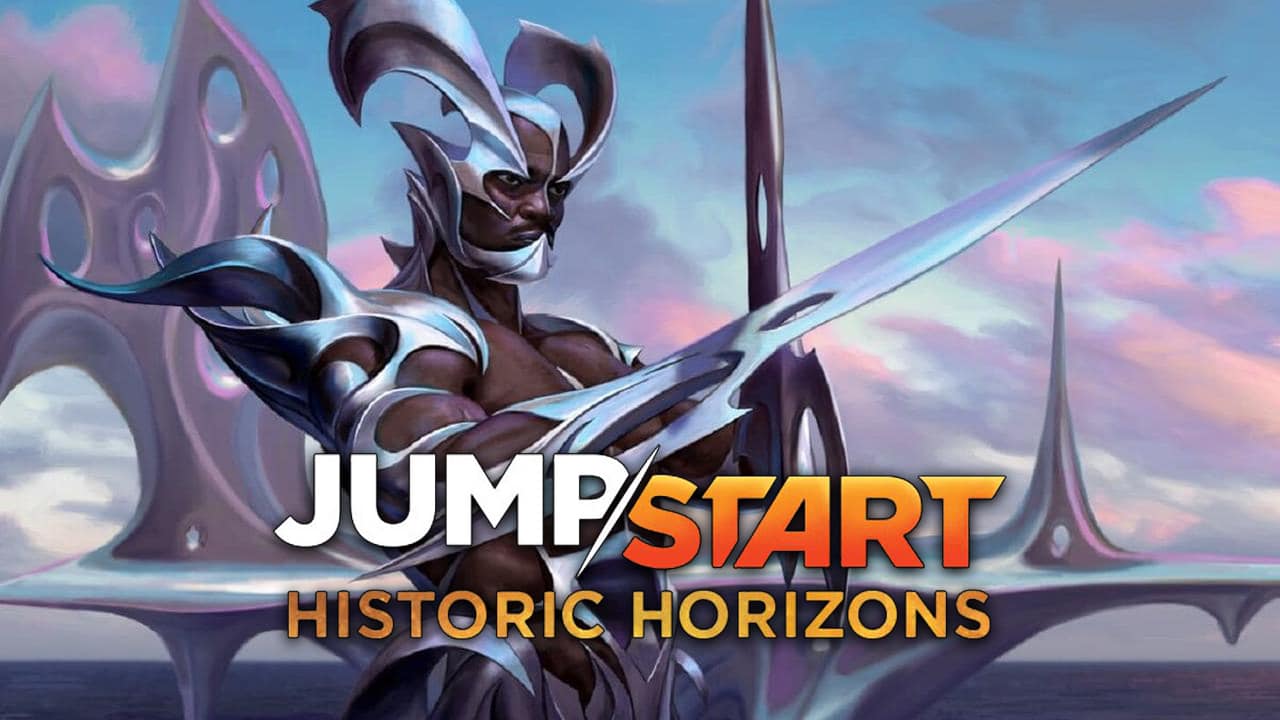 This Deck Crushes Historic on MTG Arena Thanks to Historic Horizons

It’s finally here! The day has arrived at long last, where Jumpstart: Historic Horizons has been released on Magic Arena. Immediately, many players flocked to the ladder to start testing the decks that they’ve been brewing for weeks on end. Well I think we may have found the undisputed best deck in the format, at least for now.

This is a Tempered Steel deck that was created by myself and @JohnRamosMTG. Him and I have been brewing and testing for tournaments for a while now, and so far this deck has been the best that we’ve tested. We’ll break down the deck a bit here and talk through our card choices and why this deck is just so darn good.

The story really starts with these two power house cards from Modern Horizons 2. Let’s start off with Esper Sentinel. One of the main problems with the deck before was that it lacked any sort of draw potential. Esper Sentinel gives us that. Taxing our opponent’s first noncreature spell each turn is extremely powerful. Even if they pay for it, they lose out on being able to cast a second spell in the turn. When we buff up Esper Sentinel, it basically guarantees us drawing cards.

Nettlecyst is an absurd card in this deck as well. With a critical mass of cheap artifacts, our creatures can get really big, very quickly. Being able to also shift this around onto various creatures lets us pick and choose how we get damage through, which is incredibly powerful.

Now you may be asking, where is Thought Monitor? The biggest reason John cut Thought Monitor from the deck is that it was often costing 4-6 mana. Esper Sentinel does what Thought Monitor does but cheaper and more reliably. In the Modern incarnations of Affinity, they have access to a lot more cheap artifact spells like Welding Jar and Memnite to help power out Thought Monitor where we don’t. We also don’t have the luxury of having Frogmite or Springleaf Drum to help smooth out our hand dump turns. So, Thought Monitor was cut in favor of more interaction pieces.

In addition to Esper Sentinel, we run a host of cheap artifact creatures that help us pile on damage quickly. Often times in the early game, a board state of Court Homunculus and Gingerbrute can get in 6-9 damage before our opponent has any real play. Vault Skirge is a wonderful target for our Nettlecyst and can help us stave off some life loss from early aggressive decks. Stonecoil Cerpent tends to come down as a midgame threat that can block Dragon’s Rage Channeler, but can serve as an early game beater if we need. To tie everything together Steel Overseer helps to pump up our team to incredible heights to close games out quick.

The namesake card of the deck is Tempered Steel. This insanely powerful anthem can turn our little dorky 1/1s into sizeable threats. Stack up a few of these and you’ve got a party. The amazing thing is, we can definitely win games without this card. Spell Pierce was added in place of Thought Monitor. Esper Sentinel really did the job of drawing us cards, and Spell Pierce really helps in protecting our creatures from removal. In conjunction with Esper Sentinel, you leave your opponent with a very difficult choice. Emry, Lurker of the Loch gives us a little staying power to recover from a board wipe or removal. The Blackstaff of Waterdeep is a really fun inclusion here. This can help turn our Vault Skirge or Blinkmoth Nexus into 4/4 flyers.

READ MORE: What We Want to See in MTG’s Streets of New Capenna

As for our sideboard, we have Portable Hole to deal with various small blockers or cheap permanents, and it’s an artifact as an added bonus. Grafdigger’s Cage and Soul-Guide Lantern are our main graveyard hate spells in addition to being cheap artifacts. Declaration in Stone is inexpensive exile removal, and Dovin’s Veto and Mystical Dispute are our additional counter magic package.

READ MORE: Should Birthing Pod be Unbanned in Modern?

We are still very much in the early stages of this new format, but I highly encourage you to give this deck a try. Truthfully, crafting Esper Sentinels and Nettlecysts aren’t too bad of a requirement, as there’s a good chance that they’ll be good in other decks as well. Give this deck a try and let us know what you think about it in the comments!