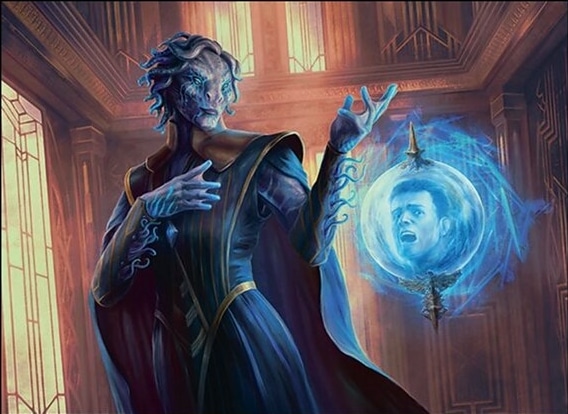 It’s the week before the New Capenna Championship, and it’s going to flip the meta. The goal of this article is to outline how Streets of New Capenna is affecting MTG Standard right now, and compare that to what the meta will look like after the Pro Tour level event coming up. Is MTG’s newest set too weak and swallowed up by the other legal sets? If there aren’t a ton of changes, this is probably the case. Hopefully, what we see is a breakthrough that shakes up the meta all over again.

Speculation for Ob Nixilis’s dominance at the release of this set was at an all-time high. Everyone was concerned it was going to wash up the entire meta in Standard and make a big impression in other formats. This is partially due to Esika’s Chariot‘s ability to make copies of the Planeswalker since its Casualty ability makes a nonlegendary token copy of itself. At this point, it feels like Ob Nixilis is a powerful card to be playing, but isn’t the meta dominating force that everyone was afraid it was going to be. Jund lists playing the Planeswalker did sweep the last MTGO Standard challenge, and decklists are submitted for the New Capenna Championship now. Maybe this is a look into what’s in store? It will be interesting to see what the best minds in the game do with this card.

Jund is a major new player that popped up in the metagame following Streets of New Capenna’s release, and this is a huge reason why. This card will be good in any matchup because of how versatile it is. It can fight for board presence through a lot of targeted protection spells. This is pretty relevant because of the presence that Goldspan Dragon and Lier, Disciple of the Drowned have had in the Standard meta in the Jeskai Storm deck. Being able to exile graveyards also lines up well against Storm, and can get rid of any Tenacious Underdogs that are trying to blitz your face. In a matchup or situation where your opponent doesn’t have any creatures making a big impact, choose Riveteers Charm‘s first mode and try to find some more gas for following turns.

This card is so powerful that it created a whole new archetype altogether. Esper Planeswalker control was a major deck in MTG Standard before the release of New Capenna and likely will still hold a presence in Magic Arena ladder play even after the New Capenna Championship passes. Now, Esper can get aggressive. Connive synergizes well with cards that care about the graveyard like Tenacious Underdog and Malevolent Hermit, while also tightening the clock. Your board can scale very quickly with Raffine, and the card selection ensures that you will find tools that can help deal with whatever your opponent is throwing at you.

This card reminds me of Reckoner Bankbuster from the Neon Dynasty Standard. It sees play in just about everything, but it probably isn’t supposed to. Tenacious Underdog can function as a draw engine, an early drop for tempo purposes, and makes sure that you always have something to do. Because it can do everything, every deck seems to want it. I think tempo or aggressive decks that can play this card should do so, but I wonder if there are better options for control players out there. Alternatively, this could be an excellent sideboard card for a control mirror.

The cards above this one on the list are making much bigger waves than Sanctuary Warden is. The main place where standard is seeing this card are as a win condition in the Mono White Control lists that began popping up right before Streets of New Capenna released. Otherwise, its being used as a resurrection target in the new Velomachus Combo deck. Sanctuary Warden is great against other decks that care about the board a lot and are a little more aggressive. Unfortunately, a lot of the removal in standard right now doesn’t really care about shield counters. Riveteers Charm, The Wandering Emperor and Vanishing Verse all have removal abilities that don’t destroy. I wouldn’t be surprised if this card doesn’t make a huge impact in the Championship coming up.

READ MORE: Monster Tourism is Booming in MTG, But Who’s the Best Guide?

Another Esper Aggro card, this one seems to be riding on Raffine’s coat tails. Raffine is the card that made those styles of decks possible, and Obscura Interceptor fits into the mold pretty well. The option of being able to hold up four mana and bluff both this and a Wandering Emperor can trip up your opponent. Before Obscura Interceptor, holding up mana to cast Wandering Emperor was a pretty televising play. Even just playing it as a one-of to catch your opponent’s off guard makes your Wandering Emperors so much better.

The last card on this list, Titan of Industry is showing up in Jund lists as a one, or two-of to top off the curve. This card aims at making a huge impact when it enters play. It demands an answer from your opponent before swallowing the game whole. Titan of Industry’s ability to create a token means that it can also give Esika’s Chariot another target to copy. If you’re within lethal range of this bad boy, it might not even have to hit you. Ob Nixilis can sacrifice this to its copy and immediately use its Ultimate, killing you in the process.

There are still some major decks in Standard that don’t rely on any New Capenna cards at all. Naya Runes and Mono White should be archetypes on people’s minds going into this tournament. The fact that there’s so much diversity in the current Standard is really exciting. It should give players a canvas to create something spectacular. I’m looking forward to seeing what the meta looks like after the Championship.