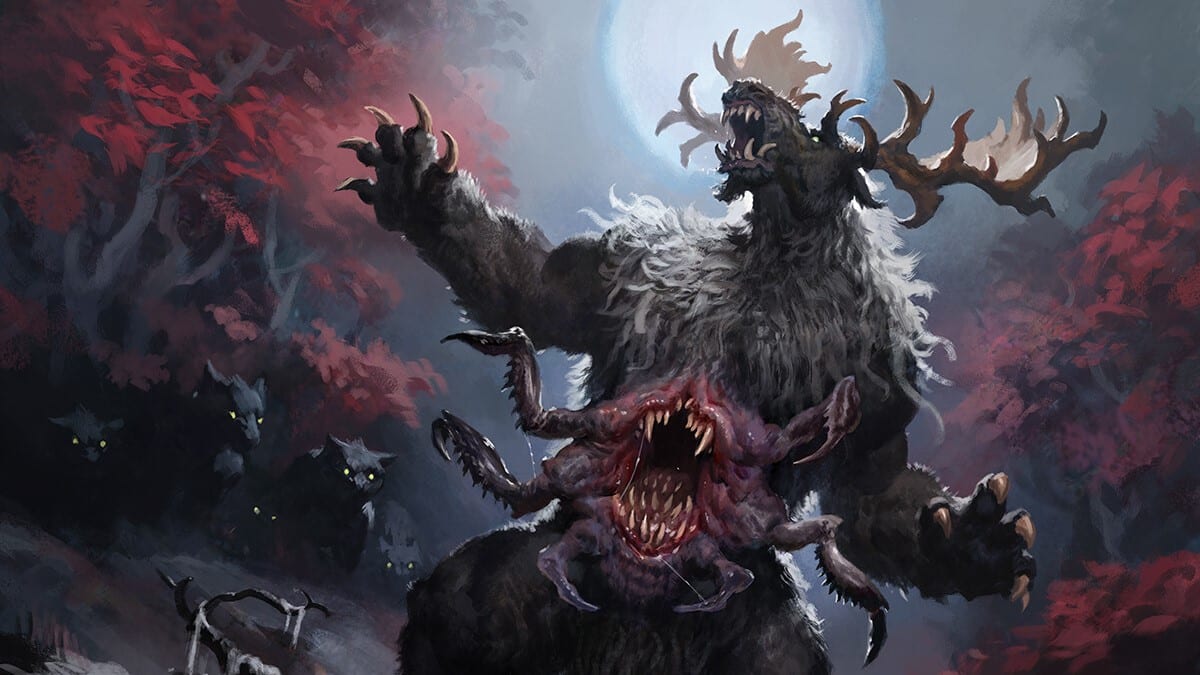 It has been an incredibly busy year for Magic: The Gathering. We’ve had more cards, sets, alternate arts, and chaos than ever before, and a lot of us still haven’t even gone back to our LGS yet. It’s been hectic, for sure, and as we’re basically at the end of the year, it’s a good time to look back at what we’ve received in 2021.

It’s been an unprecedented year in MTG in a lot of ways, but even when it comes to just the usual releases, we’ve had a whopping five Standard sets this year. So, as we’re feeling all nostalgic, why don’t we pit them against each other?

With five whole sets this year, it’s been a really busy one for Standard players. We’re just sticking to those five because they’re easier to weigh against each other. When you start throwing in the other sets, the likes of Time Spiral Remastered, for example, things get a little harder to judge. As ever with this kind of ranking, this is our opinion, but do feel free to share your own in the comments.

The opposite of recency bias is probably rose-tinted glasses, but either way, while Crimson Vow is a fun set, we think it’s the least entertaining of this year’s offerings. While the tale of Olivia’s happy wedding is nice and all, the set overall felt as though it was filled with a few too many Commander cards. While this has been the case for a long time, a lot of the other offerings from the year kept those cards in the Commander Decks themselves. Along with that, visiting the same plane twice in two months is an odd choice after a couple of years of constant shifts too. It just fell a little flat, in our opinion.

Read More: How Good Is Foretell In Commander?

Kaldheim was a strong start to the year. The set was fun, the return of snow was nice, and the mechanics were good too. However, much like Crimson Vow, it felt a little less Standard and a little more Eternal. Plus, it brought us the whole Tibalt debauchery too. This set has one of the strongest vibes of the year, but with cards like Alrund’s Epiphany still plaguing formats even late on, it features some strange and legitimately game-changing decisions, and not always in a good way.

Read More: Have You Ever Filled A Commander Deck With Lands?

Our first visit to Innistrad this year was pretty cool, wasn’t it? Despite Crimson Vow not being our favorite thing of the year, Midnight Hunt felt a bit more rounded. The return to Innistrad felt triumphant, and showed off some cool mechanics with the likes of disturb and a far more robust day and night cycle for the Werewolves. It just felt good, and while it’s a good set, that only lands it halfway through this list because of the strength of the first two spots.

Read More: How Good Is Food In Commander?

Strixhaven was sick. There, we said it. With a great mix of cards, cool mechanics, and an entertaining setting, the School of Mages really delivered. One of the most exciting things about it was the way it played with what we expect from our color-pairings. Seeing Boros dabbling in cool Spirit stuff and Orzhov messing about with group hug was a blast. We feel like this set really delivered on its premise, and while it’s good, it’s still a fair bit behind our top pick.

No other set has captured the magic of, well, Magic, quite as well as Adventures in the Forgotten Realms. It’s fair to say that there were some doubts heading into this set. As the first true crossover in MTG, even though it is with another Wizards property, it essentially felt like a testing ground. Thankfully, the designers did an incredible job of fusing the two games, and it’s resulted in one of the most joyful sets in the last few years. Everything about the set just makes you grin like a fool, and that’s something that most sets just don’t quite manage.