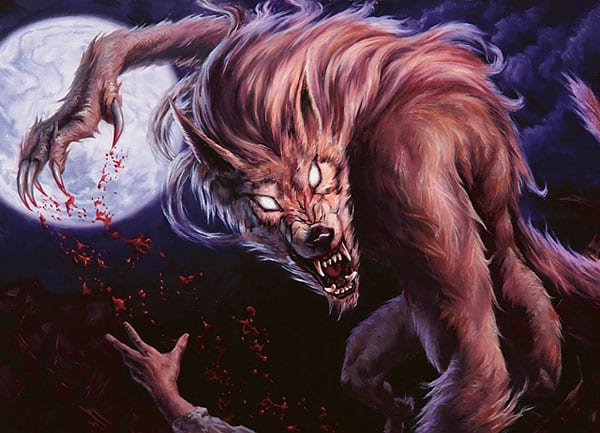 We’re deep in Jumpstart: Historic Horizons previews but that doesn’t stop a suggested leak from the next set to make the rounds. Innistrad: Midnight Hunt is the next Standard set and our third return to the gothic plane.

With the introduction of the set in September, it will initiate a much-needed Standard rotation. As such, troublesome sets such as Throne of Eldraine and Theros Beyond Death will leave Standard for good. But, it seems there may be a leak from the upcoming Innistrad: Midnight Hunt Commander release in the meantime.

Shared to the MagicTCG subreddit by u/KingKragus, the leak was apparently found mixed in with an Adventures in the Forgotten Realms Commander pre-constructed deck. With this, the leak appears to show off a new keyword in Coven.

Coven – At the beginning of combat on your turn, put a +1/+1 counter on up to one target creature you control. Then, if you control three or more creatures with different powers, draw a card.

While we aren’t completely sure if the card is genuine or not, the design of Leinore, Autumn Sovereign does seem to honor the flavor on Innistrad. Even going by the flavor text, it could imply witches will make a return in a more convincing fashion. Witches are common on Innistrad, but interestingly never seen in the White or Green pairing. If the card is real, it would be interesting to see if Leinore is the face Commander of the preconstructed deck or one of the alternative Commanders you get in the 99.

Whether the Coven keyword will feature in the Innistrad Midnight Hunt set is yet to be known, but if true, it could present an interesting mechanic for the set. It seems there is an emphasis on combat and rewarding you for playing more creatures. We’ll have to wait and see what else unfolds in the upcoming months.