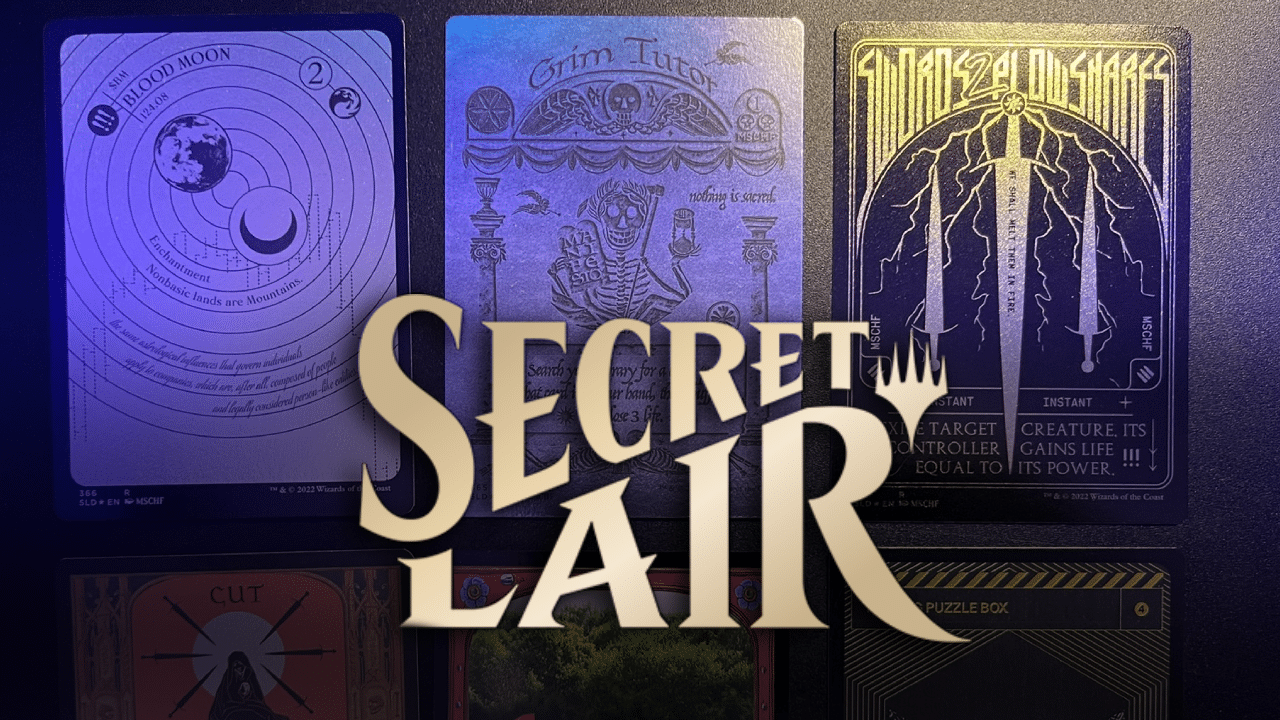 When we see Secret Lairs in the wild, there is often excitement given these offer reprints on desirable cards, or offer a unique twist on MTG as we know it. But the upcoming Secret Lair drop breaks all norms we know about MTG and offers a very unusual spin on the trading card game.

Revealed on November 5, @JordanUhL took to Twitter to share a care package received from Wizards of the Coast. A brand new and never before seen Secret Lair drop which is in collaboration with MSCHF, an American art collective based in New York.

Earlier today on Reddit, u/DoggyKeyChain shared something unique about the Plains which is the bonus card in this Secret Lair. Not only is it a unique Plains, but it is also peelable to reveal a Battlefield Forge underneath. This is the first time we have seen an MTG card produced by Wizards of the Coast to offer this kind of experience.

Not only that, it’s impossible for LGSs and inventory managers to take these cards is based on grading alone, especially if the Plains in question have been peeled away. Maybe it will be the first of many in MTG, offering an unusual experience on an MTG card – peelable cards create an interesting dilemma from a playing standpoint, as it’s likely the card will be thicker than other MTG cards. Also, it will be interesting to see how players approach the Plains from a playing standpoint.

This drop is a collaboration with MSCHF, an American art collective based in Brooklyn, New York. MSCHF has produced a wide range of artworks, ranging from browser plugins to sneakers, physical products, social media channels, and photographs. MSCHF’s previous clients include brands such as Nike and Birkenstock.

The Secret Lair drop will be available to purchase from Wizards of the Coast’s web store at a later date. The date to pre-order this unique drop will be on November 20.

Read More: MTG’s Standard Meta Has A New Big Baddy, Which is a Good Thing