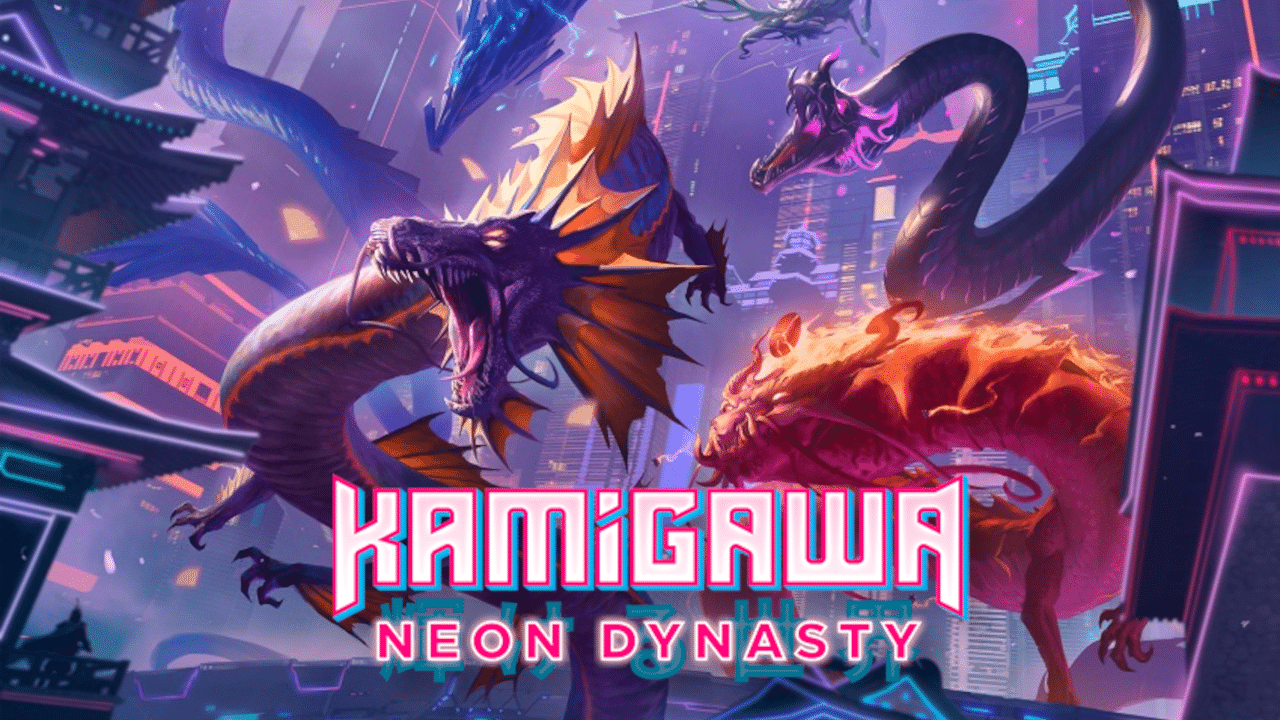 As we venture into January, Wizards of the Coast is releasing more and more information about Kamigawa: Neon Dynasty ahead of it’s preview season date. Yesterday we got to watch the Round Table discussion, where Jimmy Wong and some of the team about how they went about building out the world. They are also releasing a bunch of information and stories bridging the gap between original Kamigawa and present day. In today’s article, titled The Kami War, Wizards released some artwork that basically confirmed one of the leaked cards that we saw a few weeks ago.

The art is of O-Kagachi, which is from the card “The Kami War”. We saw this art on a leaked, crumpled card a few weeks ago. The card is a dual faced card, and also a Saga on the front side and an enchantment creature on the back.

This is a pretty big confirm here because O-Kagachi was first printed as a commander only card, and now we’re going to get some kind of adaptation of the Dragon in Kamigawa: Neon Dynasty. This also confirms that the Saga Dual Faced cards are legitimate and some of the other leaks that we have seen are most likely real. There’s a bunch of other art from old cards in the article as well, which lends this being a card as well.

READ MORE: Kamigawa: Neon Dynasty Is Going To Give This Commander A Huge Boost

There’s plenty more of info to come over the next couple of weeks! What are you most excited to see? Let us know in the comments!