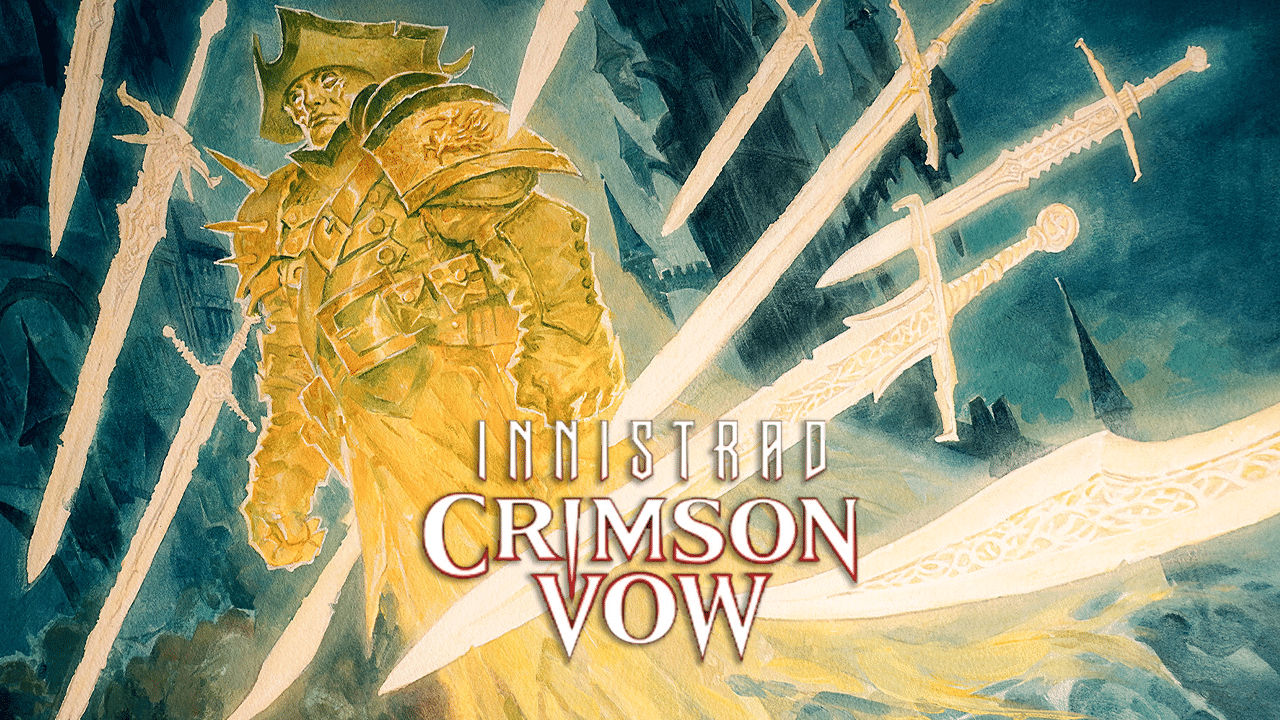 MTG's Standard Meta Has A New Big Baddy, Which is a Good Thing

We just had the first round of Standard tournaments on Magic Arena and Magic Online with the inclusion of Innistrad: Crimson Vow over the weekend. These tournaments were very important as it will help dictate the early metagame for Standard, and answer the question of how much things would change from Midnight Hunt Standard. Today we’ll take a look at some of the results from the weekend and see what’s happening in Standard

The State of the Meta

Looking over the various tournaments from the weekend, things actually look pretty good! Across the various small to midsized events, there is a high degree of variety in the top 8 or top 16. Where there wasn’t a big diversity was in the Red Bull Untapped event. There we saw a lot of the same kinds of decks from last week in the top spots. What’s interesting here is what’s actually on top.

In a surprise to me, Mono White Aggro comes in as the top dog across a LOT of the events, either outright winning events, and/or having multiple copies within the top spots.

Here is the first place list from the Redbull Untapped event. This all looks very familiar, and it seems that the addition of Thalia, Guardian of Thraben really gave the deck what it needed to forge ahead in the meta. Mono White was training at a distant 3rd in terms of popularity towards the end of Midnight Hunt standard.

Both Izzet decks are still going strong despite Mono White taking over the top spot. During the first couple of events during the weekend, Izzet decks were no where to be found in the top performing decks, but as the weekend progressed Izzet decks came out to play and had a very strong showing.

Mono Green is in a Slump

One thing that was of note of the weekend is that Mono Green Aggro is in a bit of a slump. While there was quite a bit of people who came out to play the deck, it didn’t perform nearly as well as some would have expected which is interesting. Mono Green was the best deck to combat Izzet Turns, but fell short against Mono White.

It appears that Thalia was enough to put Mono Green on the back foot, taking some of the power away from Esika’s Chariot and Wrenn and Seven just by making them be case a turn later than expected. That being said, there were still some top finishes for the deck, so it’s still a very viable option for tournament play if you’re comfortable with the deck.

The Break Out Cards of the Weekend

There were a few true break out cards from Crimson Vow from the weekend. Thalia we’ve already talked about in Mono White Aggro. Hullbreaker Horror showed up quite a bit in various control decks, from Dimir, to Grixis or Jeskai, this massive flash threat was the missing piece that control was looking for, and was often paired with Lier, Disciple of the Drowned.

One card that I didn’t see coming that shined this weekend was Voice of the Blessed. We actually saw quite a few variations of Orzhov Clerics show up this weekend. The only new card in the deck was Voice, which gave the deck another strong pay off for all the life gain, as this acts as a better Ajani’s Pridemate.

My Favorite Decks from the Weekend

There were a ton of cool decks that come out to play over the weekend! There’s a couple of them here and I’d say these are sweet options if you’re looking for something a little bit different to try out on the ladder!

First off we have Selesnya Humans by António Abreu, who took 2nd place in Crokeyz Crimson Vow Release tournament.

This deck goes HARD on the humans synergies, while still playing some very powerful cards. We take advantage of some lesser played Midnight Hunt cards like, Join the Dance and Katilda, Dawnhart Prime, but also dip into the new stuff. Notably, Hopeful Initiate and Hamlet Vanguard make a strong showing in this deck.

I took this deck out for a spin on the ladder, and the plays we were able to pull off were pretty gross, in the best way possible. If you’re wanting to play something tangential to Mono White aggro, this is your deck.

The next deck that looked awesome is one that I didn’t think was going to have the support needed to be good, but turns out it does! This is Mono Black Zombies, which took 7th in this weekends Red Bull Untapped event, piloted by Maciej Szmidt.

This deck plays out pretty straight forward as well, but has some awesome inclusions. We have some obvious cards in here like Champion of the Perished and Shambling Ghast, but that’s where things stop being normal. The deck is playing Jadar, Ghoulcaller of Nephalia to generate consistent bodies, alongside the brand new Headless Rider.

On top of that, Archghoul of Thraben and Fell Stinger help generate us card advantage through having our creatures die. Our late game involves a couple power houses that haven’t seen a lot of play in Ebondeath, Dracolich and Tainted Adversary.

It might seem counterintuitive to play The Meathook Massacre in a creature deck, but since we can generate zombies when our creatures die from Headless Rider, we break the symmetry. On top of that, our Champion is hopefully bigger than however much we Massacre for so it sticks around. Anything that doesn’t, we have Agadeem’s Awakening as a way to reanimate our creatures.

The standard meta is in a state of flux most certainly. The fact that aggro decks are making their way up to the top of the pack is a very good sign. Traditionally, new formats will see aggro decks be the best things to play week 1 and 2, and eventually normalize as the format ages. We haven’t had that in the past couple of Standard iterations, so it’s good to see a return to normalcy. We’ll see how long this holds, but I do expect that things will be changes for a bit.