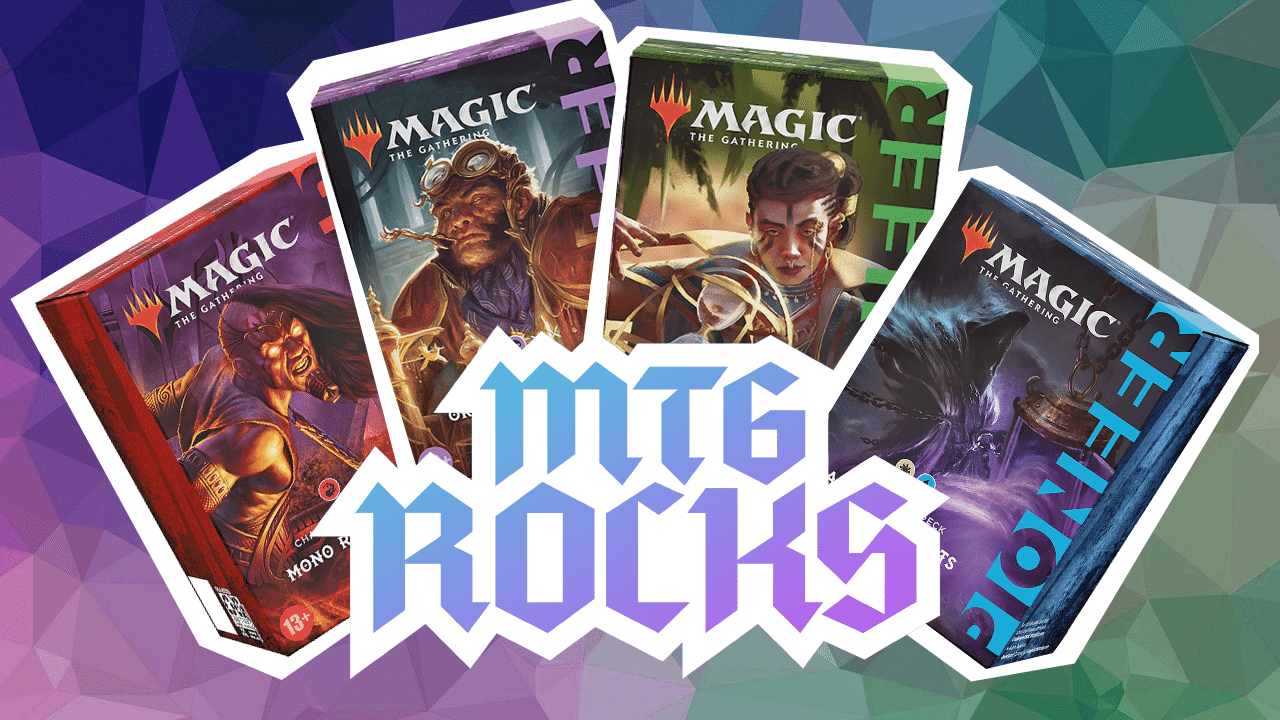 Every year, Wizards of the Coast (WotC) released a series of Challenger Decks, pre-constructed 60 card decks that allow you footing into a particular format. Usually, we see these in the form of Standard Challenger Decks which focus on Standard. WotC is trying something different this time around by adding Pioneer to the equation.

Pioneer was introduced in October 2019, which focused on cards that are legal from Return to Ravnica onwards. Pioneer is an excellent way to re-use those old Standard cards, getting mileage out of those purchases. Coming out on October 15, these Pioneer Challenger Decks are the best way to get into the format. These are brimmed with valuable cards which you can use in other formats such as Modern! If you are looking to buy these, you may want to grab some sleeves and a couple of deck boxes to get started!

If you want to upgrade these decks on release day, we have a guide with some of the best cards to pick up for the Challenger Decks!

As the name suggests, the Mono-Red Burn Challenger Deck cares about using burn spells to win games. You have a bunch of low mana-curve of creatures to get you there, and is one of the easier decks to play in Pioneer. The Challenger Deck comes with a set of Soul-Scar Mage which is valuable due to its presence in Pioneer and Modern.

If you want something a little one-dimensional and want cheap upgrades as you’re in one color, Mono-Red Burn is a great starting point. Red Aggressive decks are always prevalent in Pioneer and Modern as they are able to win tournaments. Often you see these styles of decks win events in an unsolved metagame, so picking this up is a great starting point to racking up those wins!

If you prefer your aggression in colors that aren’t in Red, the Orzhov Auras could be for you. Instead of using burn spells, you cast cheap creatures and attach Enchantment Auras onto them. Think of it as Pioneer’s take on Bogles without the annoying Hexproof added in.

Unlike Bogles, Orzhov Auras offers a lot of resiliency as you can recast your creatures thanks to Lurrus of the Dream-Den. Along with a set of Concealed Courtyard, and a single Thoughtseize, these cards are valuable which make up half of the Challenger Deck’s overall value. As such, these two cards see plenty of play in Modern, which extends your purchases even further! Out of all the Challenger Decks on offer, this one includes the most value since so many of the cards are played in other formats.

If you have a history of playing Combo decks, then Lotus Field Combo is one to consider. Out of the Challenger Decks, this one is a little tricky to play as it requires a lot of sequencing to get right. Once mastered, you’ll win a lot with the deck as there are various ways you can win with Lotus Field Combo.

Rounding out the Pioneer Challenger Decks is Azorius Spirits, a tribal tempo strategy that cares about outvaluing your opponent. As the name suggests, the Challenger Deck is full of Spirits that offer built-in countermagic to extend your board. Once your opponent is out of things to do, you charge in with your army of Spirits!

If you are in the market for powerful Spirits and flyers, then this Challenger Deck is for you. You get 2 Spell Queller, 1 Brazen Borrower, and 1 Selfless Spirit which all see play in Pioneer, Commander, and Modern. In terms of difficulty, this is in between Mono-Red and Lotus Field Combo. A lot of your turns will depend on what your opponent does, and knowing which cards to use at the right time. If you prefer to play your MTG reactive instead of proactive, this is a great choice for you!