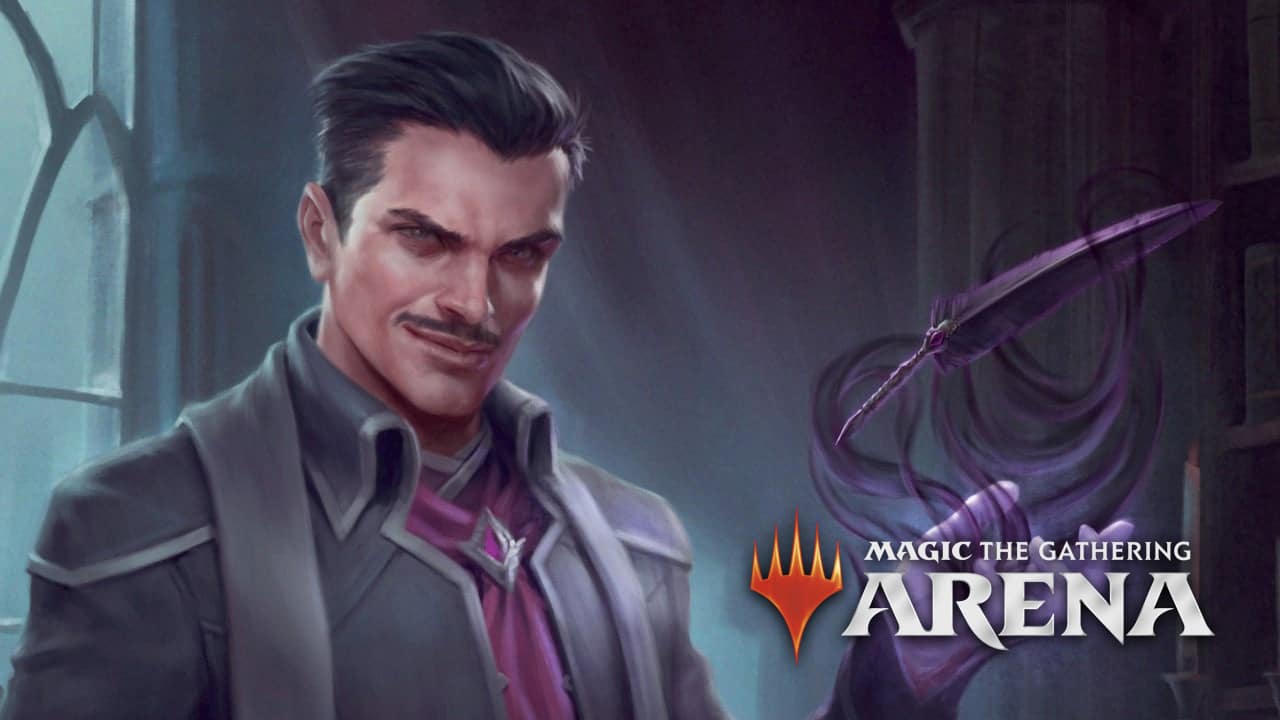 On Friday last week, Wizards of the Coast accidentally leaked an article on their website talking about Magic Arena‘s newest Historic only set, Jumpstart: Historic Horizons. This was a pretty big deal, as the Historic format was feeling a bit stale, and had undergone a card suspension. The article that Wizards accidentally posted was dated for today, July 26th, and while that article is still locked behind website security, IGN posted an exclusive article officially announcing Historic Horizons. In the piece, there’s some new previews of the “Arena only” cards, a couple reprints, and 3 new digital only mechanics that are in the set! We’ll talk through each of them and their impact on the game.

The first mechanic is “Seek”. Seek acts like a tutor effect, but with a random outcome. Each card with Seek will have a set of criteria that the card tutored must meet, as we see in Manor Guardian. The big difference with Seek versus a normal tutor is that the search happens on it’s own, and the library isn’t shuffled afterwards since the player didn’t have to look through their library.

Next up is “Perpetually”. Perpetually is an effect that modifies a card permanently regardless of what zone it’s in or what happens to it. For example, with Lumbering Lightshield, the card that is revealed permanently gains “This spell costs 1 more to cast”. The modifiers of “Perpetually” can vary from giving Deathtouch to -1/-2 and more. This effect really has to be digital only for tracking purposes.

“Conjure” is the 3rd mechanic, which creates a card out of thin air. The created card isn’t a token or copy of a card, it’s the actual card, and that card is in your hand ready to cast. The cards that can be “conjured” can include cards that aren’t in the set or the format for that matter! As we see from the screenshot, a few examples of cards that can be conjured include Tropical Island, Stormfront Pegasus, and Ponder. We only have 1 card previewed with “Conjure”, which appears to name the card that’s created, but we’ll have to see if there’s other implementations of this mechanic.

Another thing that Wizards has talked about in this article is that they are able to print digital only cards that go beyond just mechanics. The example here is with a new planeswalker, Davriel, Soul Broker. Davriel’s -2 ability says to “Accept one of Davriel’s offers, then accept one of Davriel’s conditions”. When this ability is activated, the player is presented with 3 random benefits (out of 8 total) to choose from for offers, and then 3 negative effects (also out of 8 possible) for conditions. Here’s the list of both offers and conditions:

Obviously a card like this would be very difficult or impossible to print in paper, without introducing some potential disruptions to paper play mechanically. Each color will have their own “digital only” planeswalker, each with their own themed pack.

As we talked about in our coverage last week, the majority of the cards in Historic Horizons are reprints from Modern Horizons 1 and 2 and more. While we didn’t know exactly how many cards, we now know that there’s going to be a total of 782 cards being injected into Historic. Two reprints that were previewed today are Ranger-Captain of Eos from Modern Horizons and Return to the Ranks. Both of these reprints are very exciting to see and I can’t wait to see what else comes down the pipeline.

How to Acquire Historic Horizons Cards

Like the previous Jumpstart set, Historic Horizons cards can be acquired in a couple of ways. The first is through crafting the cards with your wild cards. The second is playing in the Jumpstart: Historic Horizons limited events (starts on August 12 and runs to September 9). In these events, you’ll pick 2 themed packs (out of 46) and combine them into a single deck and play. There’s a little bit of an evolution to this process as well as certain cards in the packs have the chance of being set alternative cards. We talked about that in our coverage last week. We have yet to see the full composition of the packets themselves, but that information should be released soon.

READ MORE: Leaked Website Points at Kamigawa As the Next MTG Set, Followed by Dominaria

The rest of the IGN piece provides insight from Aaron Forsythe, Vice President of Design for Magic, and Jay Parker, Magic Arena‘s Game Director, about the set. They note that going into this “digital only” space is definitely uncharted waters, and while they could have gone to town on making some crazy mechanics, they wanted to keep things a bit more tame to start. This would allow the team to execute on these mechanics in a better way across the set. These also are mechanics that open up options for how to play Magic, but not make it so that people have to choose between the “digital only” mechanics and core mechanics.

They state that for the future of these “digital only” mechanics, there’s a wealth of rejected paper ideas that the team can pull from for inspiration. The ideas initially were rejected mostly because they would be too hard to implement or track in paper, but in a digital environment, these ideas could have a second chance.

With the release of the Mystical Archive, the team had learned a lot about how the format and players responded to the infusion of powerful cards into the format, so this time they are going to go a bit more “creature heavy” in the reprints and additions to help strike a solid balance in the format. A couple quick notes here, Standard will not be affected by the “Arena only” cards, and they all but confirmed that Ragavan, Nimble Pilferer isn’t in the set.

This is all very exciting news and we will be definitely be covering all of the previews as they come out, so be sure to stay tuned for that! What are your thoughts on Jumpstart: Historic Horizons? What cards are you hoping to see make it into the set? Let us know in the comments!