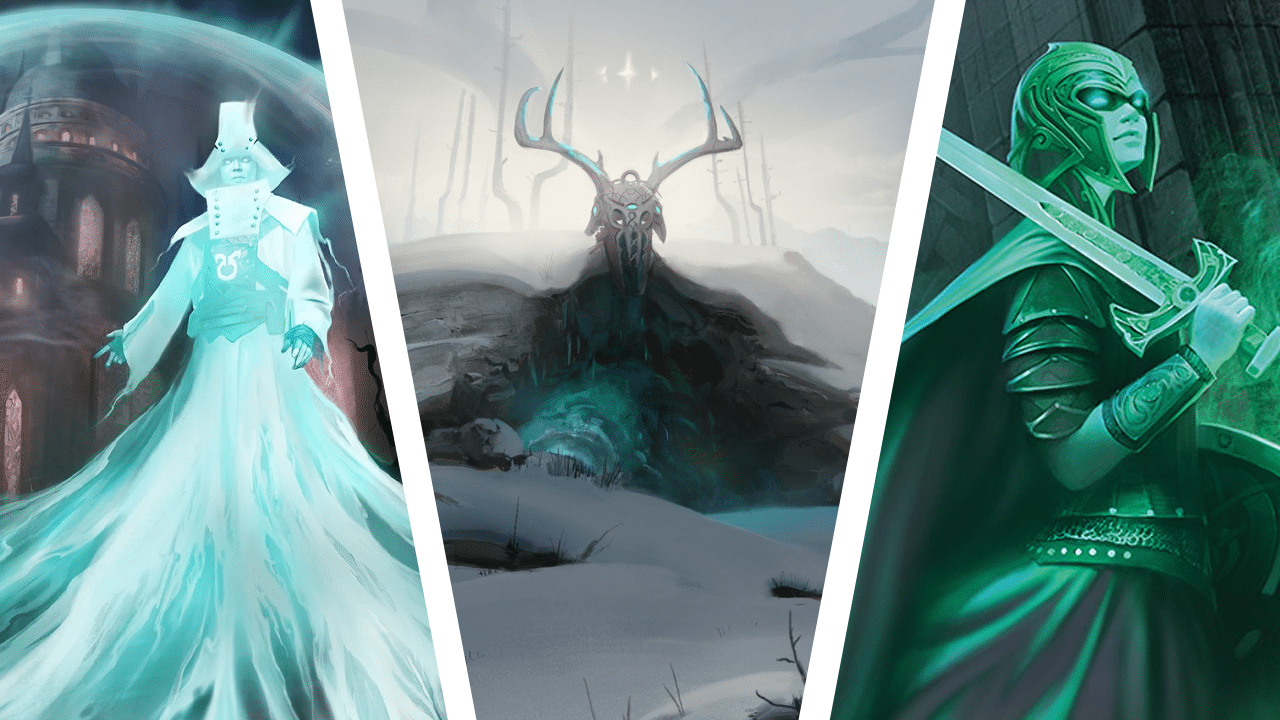 Mono-White Aggro is Back in Standard in Innistrad: Midnight Hunt!

Last week saw the digital release of Innistrad: Midnight Hunt on MTG Arena and Magic Online where players are trying out new cards for their preferred formats. Most importantly, the release of Innistrad: Midnight Hunt saw a much-needed rotation which saw Throne of Eldraine, Theros Beyond Death, Ikoria: Lair of Behemoths, and Core Set 2021 rotate out.

With this, it’s giving current-Standard cards a new lease of life without the design woes of 2019 shadowing them. Either way, Standard is looking exciting with various cards making an impact on the format, but you don’t have to spend a bunch of money (or Wildcards) to play something powerful.

Mono-White Aggro came back to the fold with the release of Kaldheim with the printing of Usher of the Fallen. The Spirit Warrior is a powerful threat that allows you to create tokens if the creature attacked this turn. Plus, with the 2/1 stat line, it’s a great foundation for an aggressive Standard deck alongside Clarion Spirit.

Backed up with Faceless Haven, you have various ways to attack the opponent and never run out of things to do. Since you created so many tokens and had the ability to go wide, sometimes it was difficult to close out games. However, the strategy fell short on anthem effects and ways to replenish your hand and this is where Innistrad: Midnight Hunt comes into the equation.

With the release of Innistrad: Midnight Hunt, there are various ways to strengthen your cheap threats thanks to Intrepid Adversary and Ritual of Hope. Both of these cards ensure you have enough to go over your opponents and finish games quickly. Ritual of Hope feels similar to Pride of Conquerors which saw heavy play when Rivals of Ixalan was released.

Even in a topdeck, Intrepid Adversary gives you something to do with all that excess mana, and your other creatures become huge threats the longer the game progresses. Then you have Search Party Captain that offers some card draw to keep the action coming. If you are looking to build Mono-White and Iyou are unable to acquire Skyclave Apparition, Brutal Cathar is a fine alternative as it can still remove a tricky creature.

If you want to freshen up your Mono-White list, you can add Red for Showdown of the Skalds if you want some extra aggression. If you want to do this, add a couple of Furycalm Snarl and Needleverge Pathway to ensure you can cast the Enchantment. Then, it allows you to open up your sideboard to have cards such as Play with Fire. You could go into Green too with Join the Dance and Sigarda, Champion of Light if you have enough creatures to meet the Coven criteria.

Mono-White Aggro is likely to be around in Standard until Kaldheim rotates out next September, which means you’ll get plenty of mileage out of the cards. Even then, you can re-use the cards for Historic on MTG Arena, or for Pioneer if you are preferring paper play. Either way, Mono-White Aggro is here to stay and is a great option if you’re looking to play Standard on the cheap!