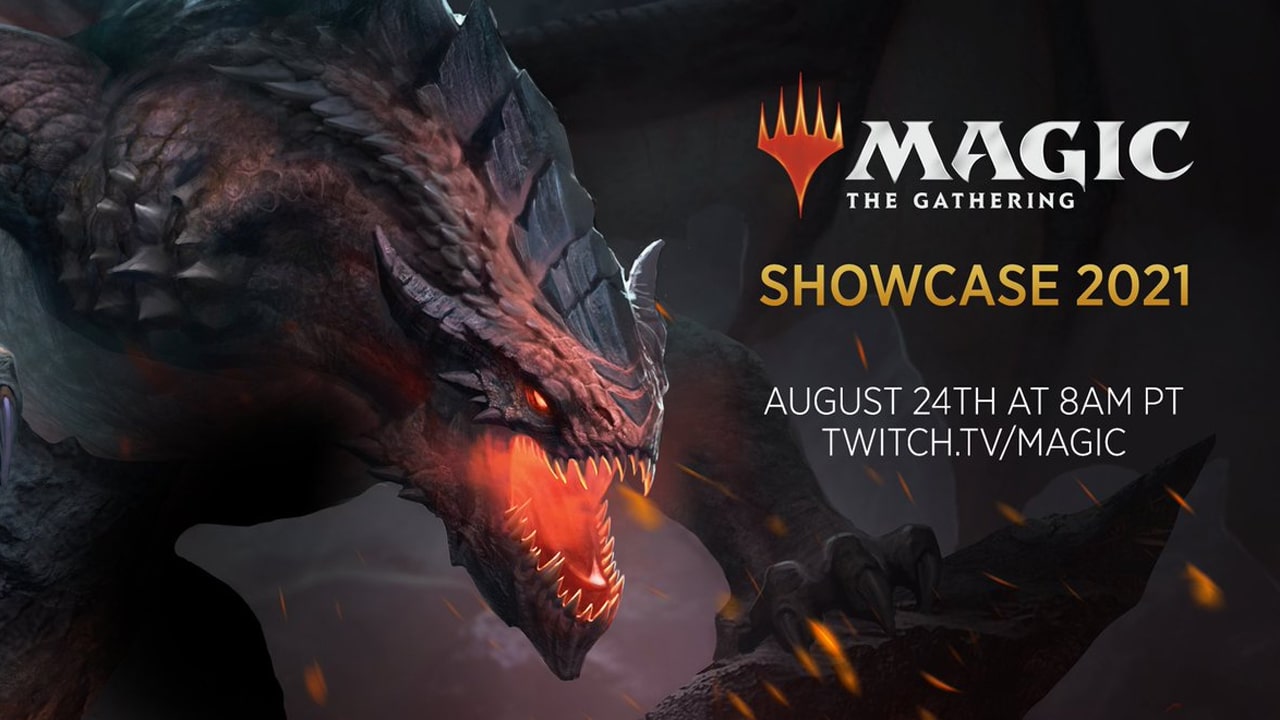 Huge MTG Announcement To be Revealed by WOTC in August

Although there is Innistrad: Midnight Hunt and Innistrad: Crimson Vow coming later this year, Wizards of the Coast (WotC) will reveal what is coming in 2022 next month.

On Aug 24, WotC will host the Magic Showcase 2021 event over on Twitch, in which updates to tabletop and digital Magic are expected to drop.

What We Could See From MTG in 2022 – Universes Beyond

Often with this kind of announcement, you’ll see a timeline for the upcoming MTG sets for the following year with any highlights on unique products. It’s likely we’ll see more information on Universes Beyond, the new collaborative series using other IP’s in conjunction with MTG.

Back in June, WotC dropped details of the first in the Universes Beyond series, a collaboration with Netflix and Stranger Things. Stranger Things is an American science-fiction horror television series created by the Duffer Brothers which is available on Netflix. Since the show’s release in 2016, Stranger Things has risen to popularity and received widespread reception. Hopefully, we’ll hear more about this unique Secret Lair product, akin to AMC‘s Walking Dead Secret Lair last year.

Going further, WoTC has already confirmed there will be MTG products around Lord of the Rings and Warhammer 40,000 franchises under the Universes Beyond banner. With the August 24 event, maybe we’ll hear more about the collaborative efforts then.

What We Could See From MTG in 2022 – Upcoming Sets

In terms of traditional MTG sets, there are rumors that Kamigawa and Dominaria like for next year. Thanks to an eagle eye MTG player, WotC registered the domains for Kamigawa Neon Dynasty and Dominaria United recently which suggests these two sets could be upcoming set releases.

Then, you have to think about the sets which take us to a completely new plane. If the above information is correct, there will be a couple of new sets to pad out the return sets.

With the success of Time Spiral Remastered, maybe we’ll see another remaster set next year. Imagine if we saw a Lorwyn Remastered or a Khans of Tarkir Remastered set. These revised sets are often popular due to the MTG player base being bigger than it once was, allowing newer players to appreciate older sets.

While it’s a little while away, it’s always exciting to see what is on the horizon for MTG. Either way, we’ll keep you up to date with the latest news and details as and when we get them!

Read More: Leaked Website Points at Kamigawa As the Next MTG Set, Followed by Dominaria