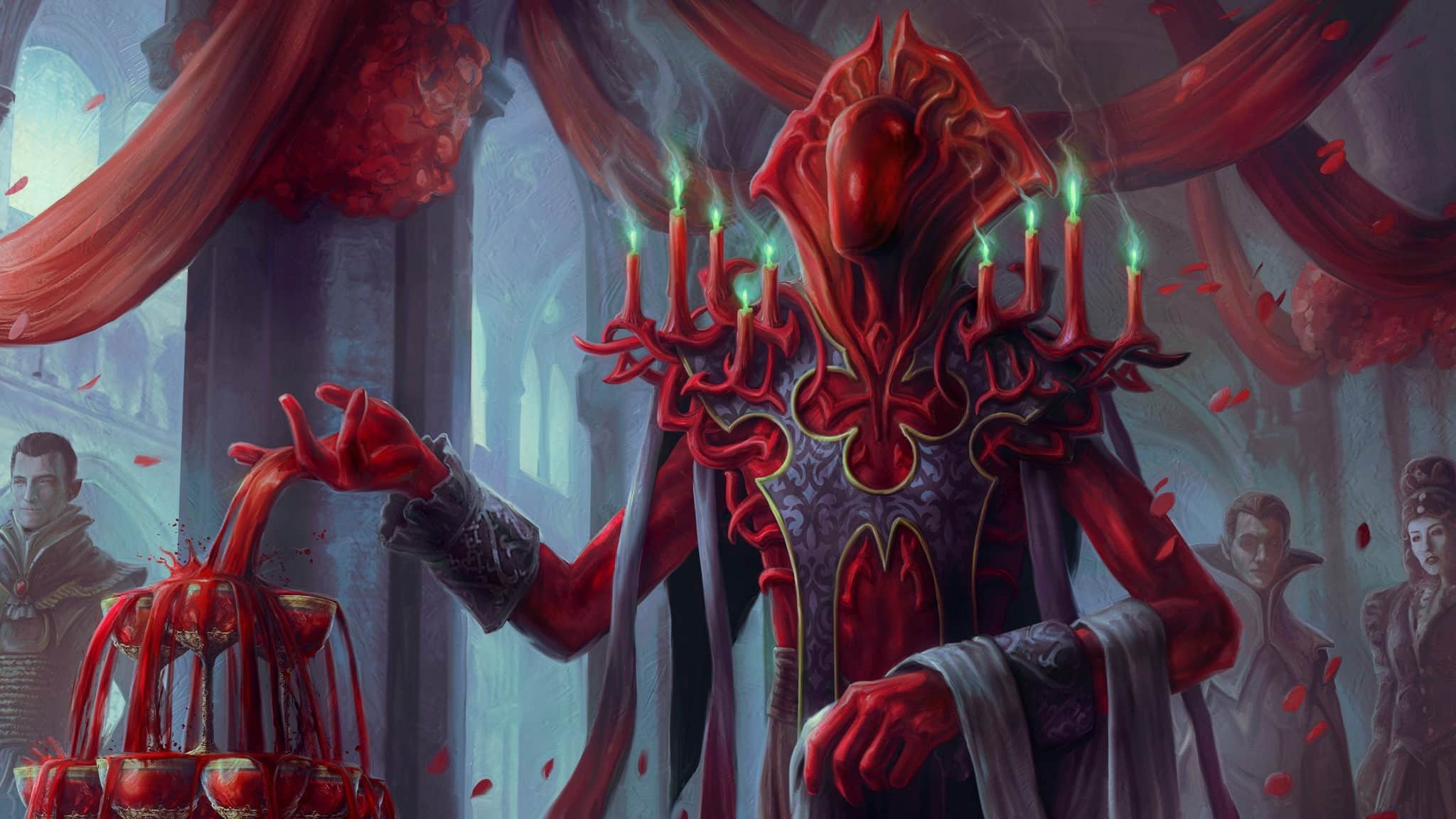 How Good Is Blood In Commander?

So, we’ve all got a new mechanic to play with in MTG now thanks to the introduction of blood tokens. They still feel a little bit odd overall, at least in our opinion, but that doesn’t mean we can’t take a look at how strong they may or may not be in everyone’s favorite format.

Obviously, you can absolutely build around whatever you want in Commander, that’s kind of the point, but it’s still good to have an idea about what you can do with any new mechanic. So, let’s dive into the blood, shall we? Try not to get red on you.

What is blood in MTG?

Blood is a new mechanic, but specifically a new kind of token. Each blood token is an artifact that you can pay one mana, discard a card, tap and then sacrifice the token, all to draw a card. It’s a lot of text for a simple enough effect, and it represents Vampires well due to hitting both sacrifice and discard strategies well.

Overall, it’s still an odd mechanic, and each one being an artifact doesn’t really feel right from a thematic standpoint. That being said, we’re not game designers, so we’re not really sure how you’d do it within the way that MTG works, so our criticism here isn’t “the game is bad” but, “it doesn’t feel right, but seems to work.”

It almost feels as though they’d be more logical as some kind of counter, rather than tokens in their own right, but then the gameplay balance is undoubtedly hard to manage. Anyway, that’s the mechanic, so let’s look at some cards that utilize this new kind of token.

What are the best blood cards?

There are plenty of cards that make blood tokens, but not many that utilize them in an interesting way outside of them just being tokens. For example, they’re obviously going to be great in a deck led by Korvold, the Fae-Cursed King, but that’s not what we’re talking about.

Voldaren Bloodcaster transforms into Bloodbat Summoner, and is one of the standouts amongst cards that involve blood tokens. This is a card that allows you to turn a blood token into 2/2 Bat with flying and haste every turn, and that’s one of the best ways to utilise these tokens outside of their intended use. Arterial Alchemy is also a good one for this, as it turns all of your blood tokens into equipments that grant +2/+0 when equipped and cost two to put on a creature. Both of these are fun uses of the tokens.

Our second-favorite is probably Glass-Cast Heart, which allows you to sacrifice it and thirteen blood tokens to make everyone else lose thirteen life and you gain thirteen life. The top spot belongs to Strefan, Mauger Progenitor, who allows you to sacrifice blood to play vampires for free tapped and attacking. So, there are some good choices here, but it’s not really enough to rely on.

This is probably the reason why Strefan, Mauger Progenitor is the head of the new Crimson Vow Vampire Commander deck. It’s a shame not to see a few more inventive uses of blood tokens. It seems like a logical choice to have them impact health in more ways than those we see in the cards at the moment. Maybe we’ll see more options later on, but blood tokens also seem as though they’ll be abandoned after this set too. They could be fun, but probably not for a huge amount of time.