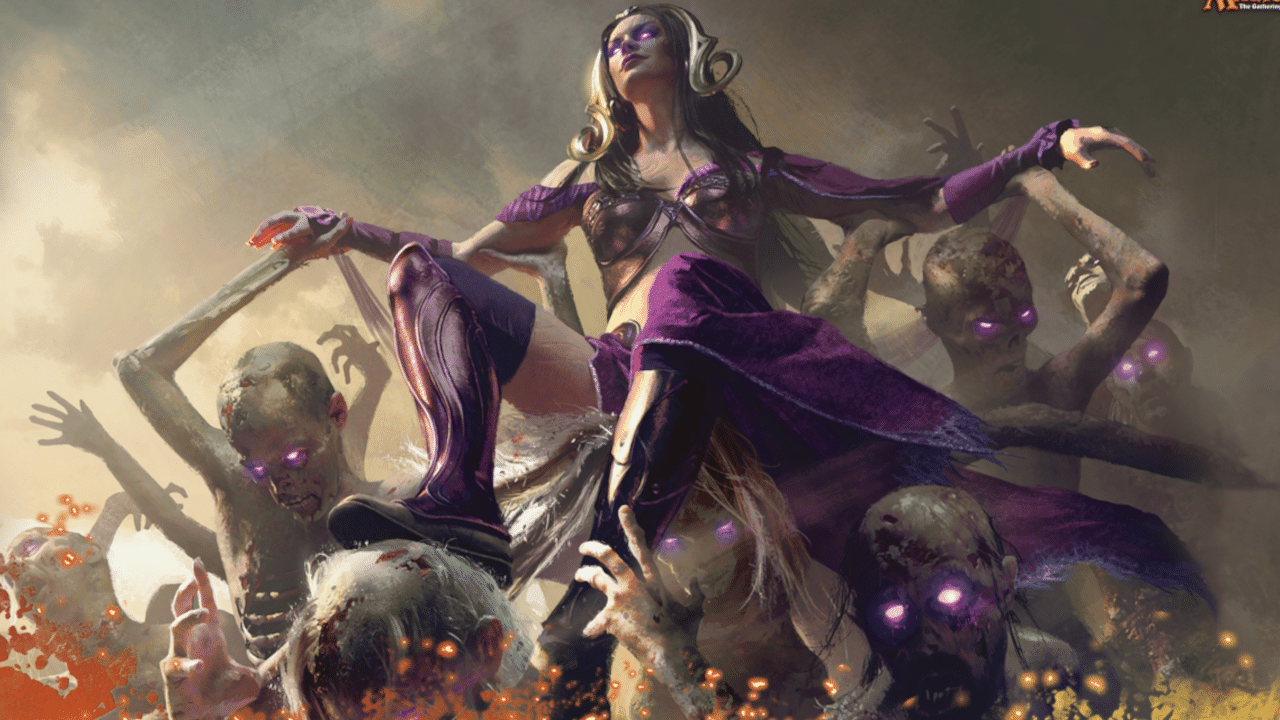 Historic is a Wide Open Field, Here's Some Spicy Brews To Try

With the banning / suspension of Tibalt’s Trickery, Brainstorm and Memory Lapse in Historic, the format has seen a renaissance of sorts. The ability to play virtually any deck in the format without the looming sense of dread that was Jeskai Control is a refreshing feeling for a format that is as diverse as Historic. We’re seeing a lot of awesome decks pop up in viability, so today I want to highlight a few of the sweet ones that I’ve seen.

The first deck, and one that’s honestly pretty poweful, is CoCo Shamans. This deck aims to get down some a few different Shaman creatures, a Harmonic Prodigy or 2, and finish it off with a Rage Forger to get in for BIG damage. The deck utilizes Collected Comapny as a tempo swing that can help them push for a wider board, or recover from removal. This version is a version by Ali Eldrazi, who took it into top 200 Mythic, with an impressive 76% win rate.

The next deck is really more of a best of 1 deck, in Ultimatum Rites. You definitely could add a sideboard to tailor to best of 3, but this version is only for best of 1. The goal of this deck is to use self milling cards like Grisly Salvage, Stitcher’s Supplier, and discard cards like Faithless Looting to load up our graveyard with some of our beefy creature threats. Then we can utilize Unburial Rites or a combination of Mizzix’s Mastery and Rise of the Dark Realms to reanimate those threats to win the game.

Emergent Ultimatum has some great combos here as well. We can pick Elesh Norn, Overwhelming Splendor and any other bomb, and if our opponent gives us the first 2, it’s a consistent board wipe. Also depending on the game state, if we have a lot of creatures and a Rise of the Dark Realms in our Graveyard, we can pick Scholar of the Lost Trove, Mizzix’s Mastery, and any other card and guarantee a full reanimation of our bin.

Our last deck is a Zombies deck, but one that’s a bit different than one you’d expect. This one is splashing white, for a few key cards, such as Corpse Knight, Wayward Servant, and most importantly, Return to the Ranks. This is a lesser explored tribal synergy that does have some powerful tools, and with control taking a back seat, we have a deck that can find it’s legs and can be a contender for a strong Aggro deck in our format.

While these are only a few decks, there’s a wide open field to play with. With previews for Innistrad: Crimson Vow right around the corner, and hopefully some more Historic Anthology or Remastered sets on the horizons, we can expect there’s a lot of cool things coming up in the format. What decks are you excited to play now that the format is a bit more open? Let us know in the comments!