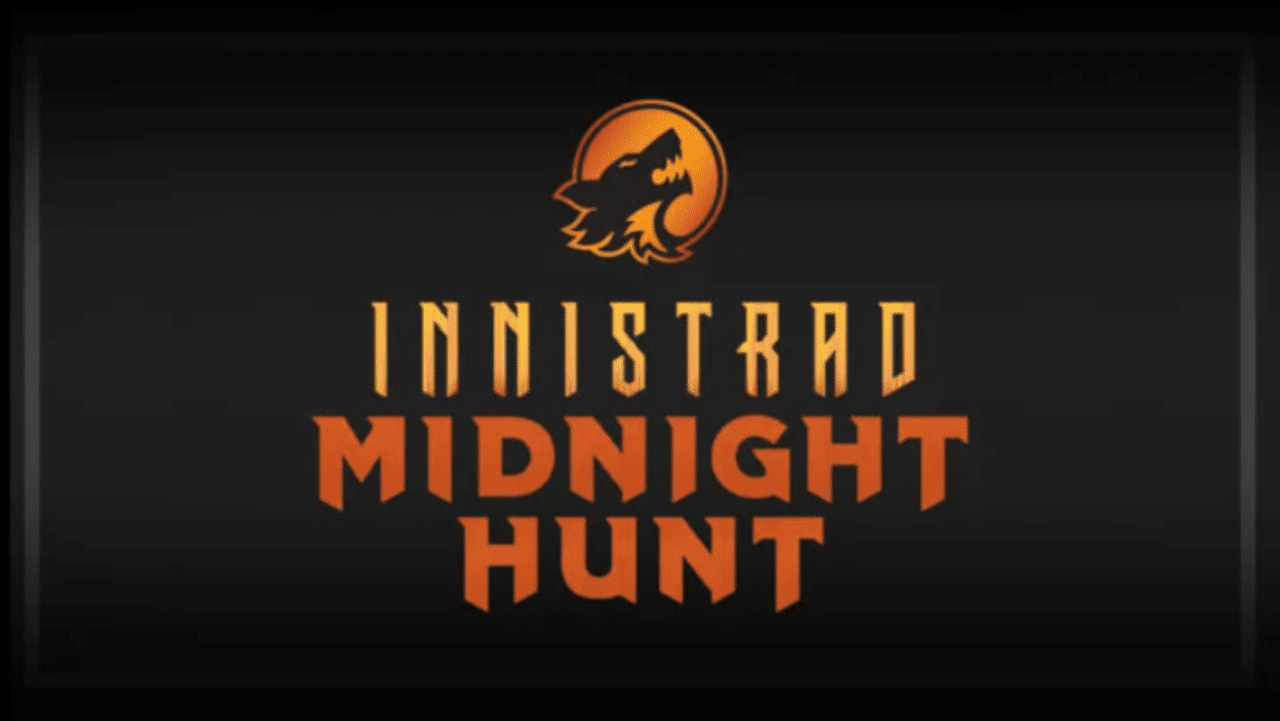 Wizards of the Coast just finished up their Weekly MTG Stream where they gave us a sneak peak at some art and cards from Innistrad: Midnight Hunt. Here are the cards that they previewed!

Join the Dance was the first card previewed. It’s harkens back a bit to Lingering Souls, as it’s a token making spell that has flashback, which is a returning mechanic to the set. This is the first ever multicolored Flashback spell, and the team mentioned that they’ll now be able to print some more powerful spells that wouldn’t fit in a mono colored flashback spell.

Consider is the Opt style card of the set, and is a slight upgrade on Opt.

Play with Fire is just an upgraded shock that rewards you for pointing the damage at the opponents face with a scry 1.

Infernal Grasp is our new 2 mana removal spell. This one is pretty powerful as it’s unconditional removal, and at the additional cost of 2 life, that’s a bargin.

The number 13 has been a common theme in Innistrad sets, and Triskaidekaphile looks to continue that trend, giving us a new alternate win condition card and no maximum hand size.

Champion of the Perished

An awesome call back to a big fan favorite Champion of the Parish, this card is the new Zombie focused card that gets bigger when you play more zombies. If this is as good as it’s white counterpart, then zombies might be taking over standard and beyond

Our first planeswalker of the set is Wrenn and Seven. We saw Wrenn and Six show up in Modern Horizons, and the R&D team has brought Wrenn to Standard and Innistrad: Midnight Hunt. This is a true land focused planeswalker that can potentially let you ramp up like crazy. It’s +1 is exactly Mulch, and it’s ultimate lets you rebuy your graveyard and you don’t have a maximum hand size for the rest of the game. Pretty powerful stuff!

Probably the coolest thing that came out of the previews was the Eternal Night basic lands. These stunning monochrome art lands can be found in draft boosters, in set boosters which have a chance to upgrade to a foil, and in collectors boosters which are guaranteed to be foil. The colored border as well as the mana symbol have had a high gloss coating treatment done to them which makes them pop a bit more from the art, and supposedly they are stunning to look at.

Innistrad: Midnight Hunt is an upcoming Magic: the Gathering standard-legal set. This is the 3rd time going back to Innistrad, and this set focuses on werewolves. It releases in Tabletop on September 24th, and release on Magic Arena and Magic Online on Sept. 17th alongside the Standard rotation. You can check out the pack art here. Be sure to check out our Preview Gallery and all Innistrad: Midnight Hunt news and updates.