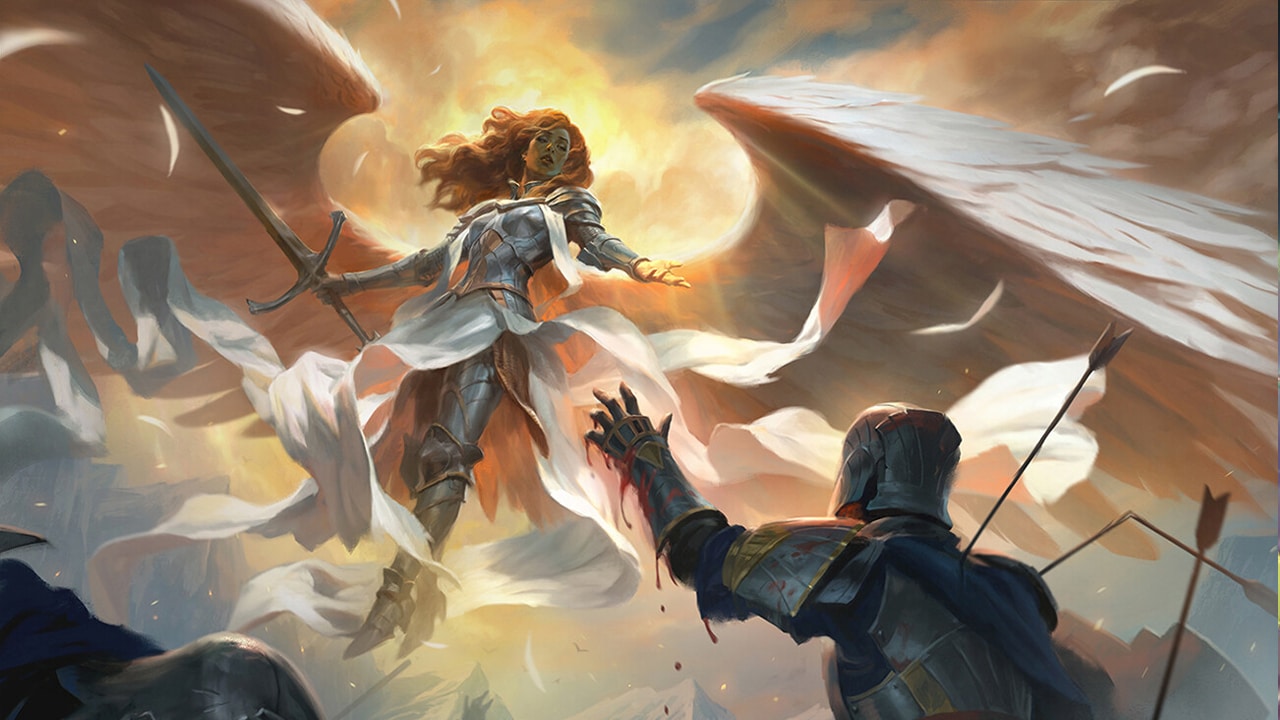 As of yesterday, Dominaria United has officially launched; on MTG Arena at least. While paper players must wait another week to get their hands properly on the set, Arena players are already living it up. In a welcome twist of fate, MTG Arena players are even able to enjoy themselves with this latest release.

Off to a Good Start

Leading up to Dominaria United’s release, the MagicArena subreddit was inundated with posts expecting a disaster. From general complaints to a disappointing bingo card, there was plenty of preemptive resentment towards Wizards of the Coast. Somewhat remarkably, however, Wizards of the Coast appears to have pulled it out of the bag. Dominaria United has launched on MTG Arena, mainly without a hitch. While there are still a few complaints going around, Wizards is, for once, actually being praised by Arena players.

Alongside praise for Dominaria United’s design choices and limited environment, players are remarkably appeased by Arena’s digital-only offerings. Specifically, Arena’s latest stickers, which are usually a point for complaint, are this time being laundered. By fully embracing memes from three years ago, Wizards of the Coast has won the community’s hearts. Even those on the paper-based MagicTCG subreddit are fond of these adorable stickers!

Not All Good News

Unfortunately, as we briefly mentioned, the launch of Dominaria United wasn’t entirely without fault. As is typical from the launch of any game or update, players did have to deal with a few bugs here and there. Thankfully, some of these bugs were at least adorable. As players have noted across the MagicArena subreddit, the Bjorn pet appears to be going walkabouts. Rather than sitting in their preordained spots, MTG Arena’s pets have been spotted invading the battlefield. With the MTG Arena Twitter account showcasing this bug before release, however, there’s a chance it may be intended.

While players enjoy the antics of one Arena pet, another is already getting on players’ nerves. Introduced in Dominaria United, the new Squee pet is dividing opinion by launching at every point of damage taken. While many players are frustrated by this vicious mockery, which can mercifully be silenced by muting your opponents, others are praising and reveling in King Squee’s acoustic warfare.

Not all Dominaria United’s newly introduced MTG Arena bugs are so innocent, however, as select cards are functioning incorrectly. Abundant Harvest, for instance, no longer allow players to choose a Land when selecting the cards options. Instead, players are only allowed to choose between “nonland” and “nonland permanent,” which isn’t very helpful to landlocked players. Players are also reporting issues with Liliana of the Veil’s ultimate ability, as it’s not giving them the option to choose between the separated piles of cards.

Meanwhile, Magic Online has been suffering from its own issues, with lands not untapping and Fires of Victory doing literally nothing. Thankfully, however, Wizards of the Coast has been quick to address these problems, already fixing the land issue.

While Wizards of the Coast may have had a primarily successful MTG Arena launch for Dominaria United, the worst may be yet to come. Later this month, from the 24th to the 25th of September, all eyes will be on Arena for the Arena Championships 1. As the biggest competitive tournament hosted on MTG Arena, with a total prize pool of $200,000, Wizards must ensure everything goes smoothly for this event. Thankfully with over three weeks until then, Wizards of the Coast should hopefully be able to get everything ship shape.

Previously, giving Wizards three weeks to fix a problem like the audio bug would have felt generous. Following the launch of Dominaria United on MTG Arena, however, Wizards appears to have turned over a new leaf. With some timely bug fixes, the launch of Dominaria United may even go down as one of the best in MTG Arena history; uneventfully. We can only hope that this trend continues.