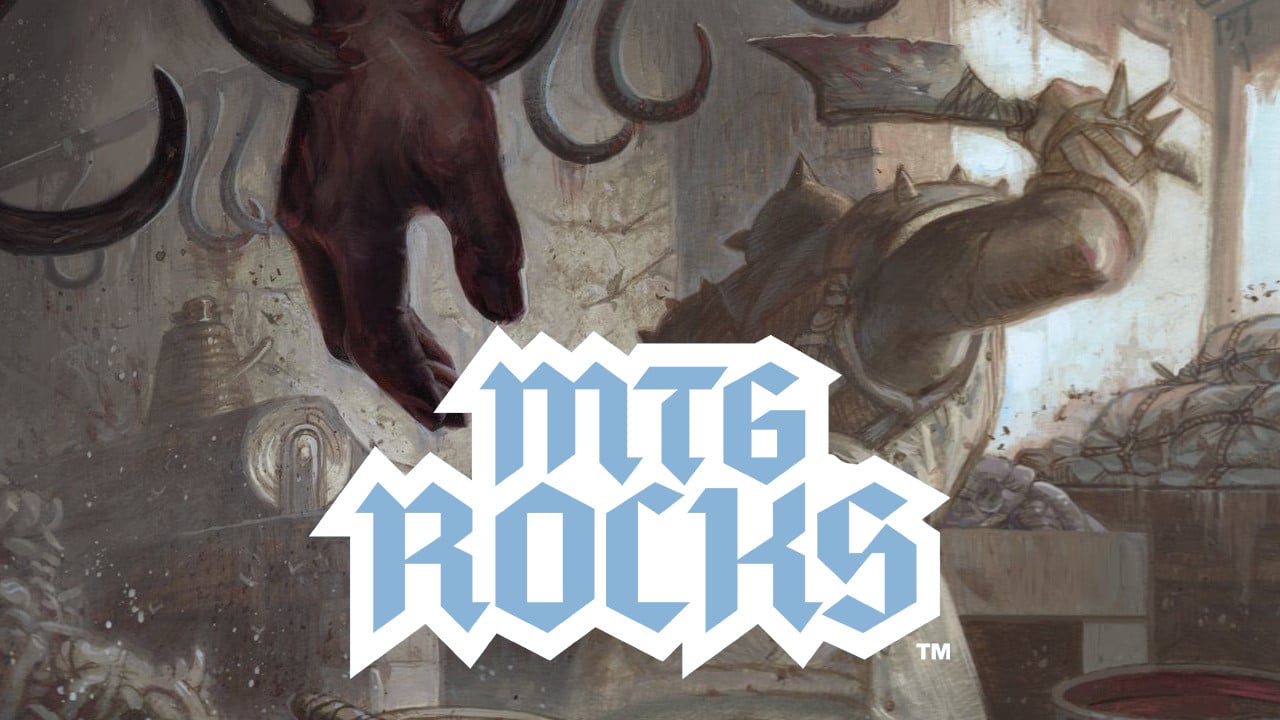 Magic players are gearing up for Innistrad: Midnight Hunt to officially release in paper at the end of the week. Prereleases were held this past weekend, allowing players to get their hands on some cards early. But for those of us who prefer waiting to buy single cards, we are only able to preorder cards until the set drops on September 24, 2021.

Preorder prices for single cards are generally fueled and inflated by hype. While generally speaking, this will mean that the price trajectories of Midnight Hunt cards will trend downwards over the next few weeks, there are some promising cards as well.

Each day leading up to Midnight Hunt‘s official release, MTG Rocks will be releasing financial set reviews covering some of the most anticipated cards from our first Innistrad set of the year. There will be traps (cards that are overpriced and will sink in value), as well as sleeper hits (undervalued cards that have potential for financial growth).

I’ve seen people talking up The Meathook Massacre as one of the best cards from Midnight Hunt, and it will see play in Standard, don’t get me wrong, but I think this card is as not as good as people are making it out to be. Maybe this is a “hot take”, but let me explain:

This is not a Wrath of God. Nor is it Toxic Deluge. For the most part, this is a conditional and over-costed board wipe, paying four mana instead of three to essentially play a Cry of the Cranarium. At five mana, The Meathook Massacre gives all creatures -3/-3, but at that point why not play an actual board wipe like Doomskar?

There is some upside to The Meathook Massacre. It comes attached to an enchantment that gains you life when your opponent’s creatures die and deals damage to your opponents if your creatures bite the dust. But it is worth noting that this is a Legendary Enchantment. That means this “draining” effect will not stack if you play multiple copies. Copies beyond the first one really become mediocre board wipes. Because of this, I suspect Standard control decks will mainboard only 1-2 copies of The Meathook Massacre, with additional copies possibly in the sideboard to bring in against aggressive, small creature strategies that are looking to develop wide board states.

The Meathook Massacre is preselling for $16.00. It will see some standard play, and it is a really cool Commander card, but I don’t think it is going to hold that price. Let me ask you this question: If Meathook Massacre were rare instead of mythic, how much would you expect this card to cost? I’d say it would border being a bulk card at maybe $2.00. But it is mythic, and so long term I’d estimate this card to cost $5.00, maybe $8.00 because of demand by Commander players.

This is one card I speculate has room to grow from its current preorder prices. People have compared it to a mashed-together version of Courser of Kruphix and [tootlips]Vizier of the Menagerie[/tooltips].

Courser of Kruphix saw significant play during its time in Standard and thus saw prices between $5.00 and $15.00. Augur of Autumn doesn’t have the life gain or enchantment synergies that Courser had in its day in Standard. But Augur of Autumn does have major upsides. If you can manage to satisfy its Coven ability, you can play both lands and creatures off the top of your library, potentially leading to some snowballing plays.

While its price point may fluctuate depending on whether or not green-midrange decks will want to include this in Standard 2022, Augur of Autumn will definitely have a solid baseline price because of how good it is in Commander.

Currently, Augur of Autumn is preselling for about $6.00. There’s a chance this card could sink to $4.00, but that is the absolute floor I’d expect for this card. In all likelihood, Augur of Autumn will either hold its current price because of general Commander demand or go up depending on if it sees play in Standard. Long term, it’s possible this card’s price could stabilize around the $10.00 mark. I know I’ll be buying my playset now.

Lier is an awesome-looking Commander card, allowing you to recast all spells, except for counterspells, from your graveyard. This is one legendary creature that I certainly want to build around as a general. But I think Lier will have some Commander-demand beyond just being the head of an EDH deck. Lots of spells-matter commanders like Melek, Izzet Paragon, Taigam, Ojutai Master and Kykar, Wind’s Fury, just to name a few, are going to want a copy of Lier.

Lier, Disciple of the Drowned is currently preselling for around $10.00-$11.00. As of right now, Lier hasn’t gotten traction in the Standard format, but based on its commander demand alone, I cannot see this card dropping too far in price. Maybe at its low, it could reach $5.00-$6.00, but long term (once it rotates out of Standard), I could easily see Lier being around $15.00.