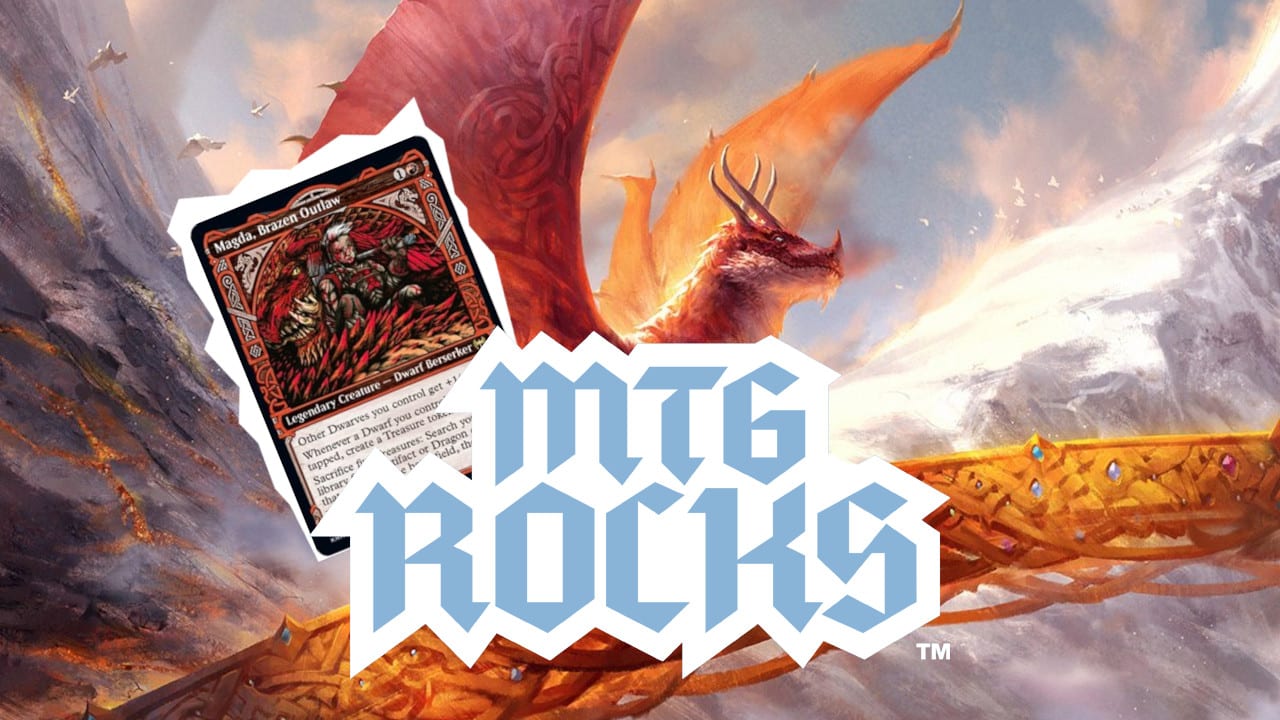 Magic: the Gathering‘s Standard format has officially rotated. There are now only five sets that can be utilized to build a Standard deck. Those sets are Zendikar Rising, Kaldheim, Strixhaven: School of Mages, Adventures in the Forgotten Realms, and the newly releasing Innistrad: Midnight Hunt.

If you want to play Standard, rotation is about the best time to buy into the format. As of last month, the format consisted of eight legal sets, but now there will only be five sets from which players have to collect cards in order to compete.

There are lots of exciting Innistrad: Midnight Hunt decks floating around the Standard 2022 metagame right now. But if you look closely at them, there are lots of key players from older sets that survived rotation. These cards proved themselves in Standard 2021 and will be good cards to buy moving into the newly rotated format.

This is the most expensive card to buy in Standard 2022. Goldspan Dragon is currently about $40.00 but for good reason.

Goldspan Dragon was used as a top-of-the-curve card in many aggressive and midrange decks in Standard 2021, and will continue to be used as such past rotation. Already it is showing up in Gruul Aggro decks.

But perhaps the best home for Goldspan Dragon in Standard 2022 are Izzet Dragon decks. The deck, a big contender from 2021, remains almost intact post-rotation, losing very little of its key pieces. It even gains some new toys like Moonveil Regent.

You can expect Goldspan Dragon to see lots of play and maintain its high price tag for a good while longer. Although it is expensive, if you want to play any of the above decks, it will be worth biting the bullet and buying Goldspan Dragon now to get the most of it while its legal in Standard.

Magda is already seeing play in Standard 2022. It’s showing up in many Gruul Aggro decks and even some werewolf decks, both of which are proving to be top contenders in the new format.

Magda, Brazen Outlaw’s price has been on the rise. Just two months ago it was about $1.00. Today it’s verging on $3.00. This is all the more reason to buy Magda now. As Wizards of the Coast continues to print more dwarves and treasure-producing cards, Magda will only raise in price further.

Inferno of the Star Mounts

Inferno of the Star Mounts accompanies Goldspan Dragon as one of the best flying, haste threats in Standard 2022. What’s even better is that they curve into each other. That’s why you’ll often see them in the same decklists like Izzet Dragons and the occasional Gruul Aggro deck.

This legendary dragon from Adventures into the Forgotten Realms closes out games and quickly. You can even play it comfortably into an opponent’s open blue mana as it cannot be countered. Inferno of the Star Mounts will be a big player in Standard 2022.