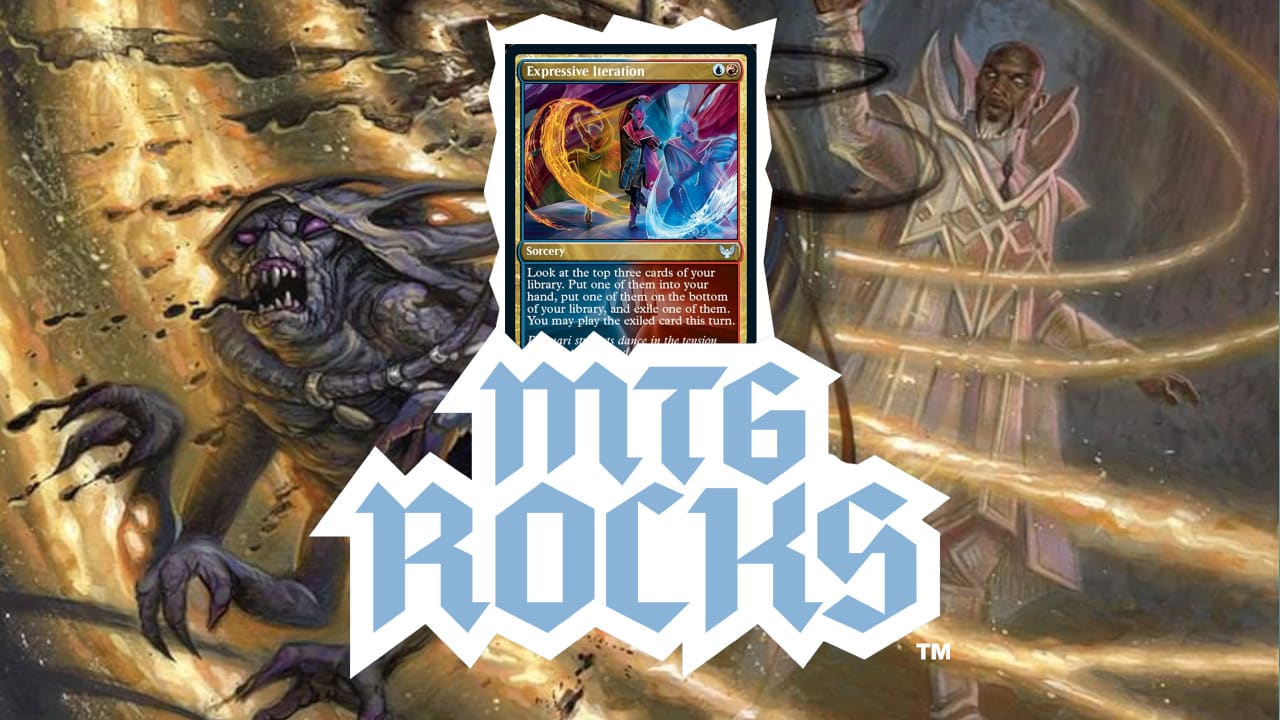 Rotation happens once a year in the Standard format and it can be one of the best times to buy cards. Whereas recently, Standard consisted of eight sets, now there are only five: Zendikar Rising, Kaldheim, Strixhaven: School of Mages, Adventures in the Forgotten Realms, and the newly releasing Innistrad: Midnight Hunt.

This is ideal for anyone who is thinking of playing Standard because less viable sets mean there are fewer cards you have to chase after in order to play.

Innistrad: Midnight Hunt was recently released and many of its cards are appearing in early decklists for Standard 2022. But alongside all the flashy new spells, you will see that they are supported by important cards from older sets that survived rotation. These cards were big contenders in Standard 2021 and in some cases, older cards will even rise in play because of the shift in the metagame. That makes now a great time to buy them.

Expression Iteration is a multi-format all-star. It has been ever since its printing in Strixhaven: School for Mages. Just look at any Izzet (red-blue) deck in Historic, Pioneer, Modern, and even Legacy.

But this article is talking about Standard. Where does Expressive Iteration stand in Standard 2022? It is a key inclusion in Izzet Dragon decks and Izzet Tempo decks, both of which are showing impressive performances in early metagame reports. If you want to play red-blue in Standard 2022, or any other format for that matter, buy your Expressive Iteration’s soon as its cheapest printing is already about $5.00 with the potential of going up.

If your opponent casts a Koma, Cosmos Serpent, it is going to be an uphill battle for the rest of the game. This behemoth is tremendously resilient, as it is not only uncounterable but can make itself indestructible too. From there it closes out the game with a consistent hoard of 3/3 serpent coil creature tokens.

Koma saw moderate play in Standard 2021, but rotation may be exactly what it needs in order to shine. If a Simic (blue-green) ramp deck emerges in the new format, Koma will make a fantastic payoff for it. There is definitely support for such a deck as cards like Lotus Cobra and Tangled Florahedron both survived rotation, and there is more support coming in Innistrad: Midnight Hunt in the form of Wrenn and Seven.

Vanishing Verse is a very clean and efficient removal spell. Two mana, exile a monocolored permanent, and at instant speed. Similar to Expressive Iteration, if you want to play Orzhav (black-white) in Standard 2022, you’re going to want a full four copies of Vanishing Verse, which isn’t too bad considering its only around $2.00 at the time of this article.