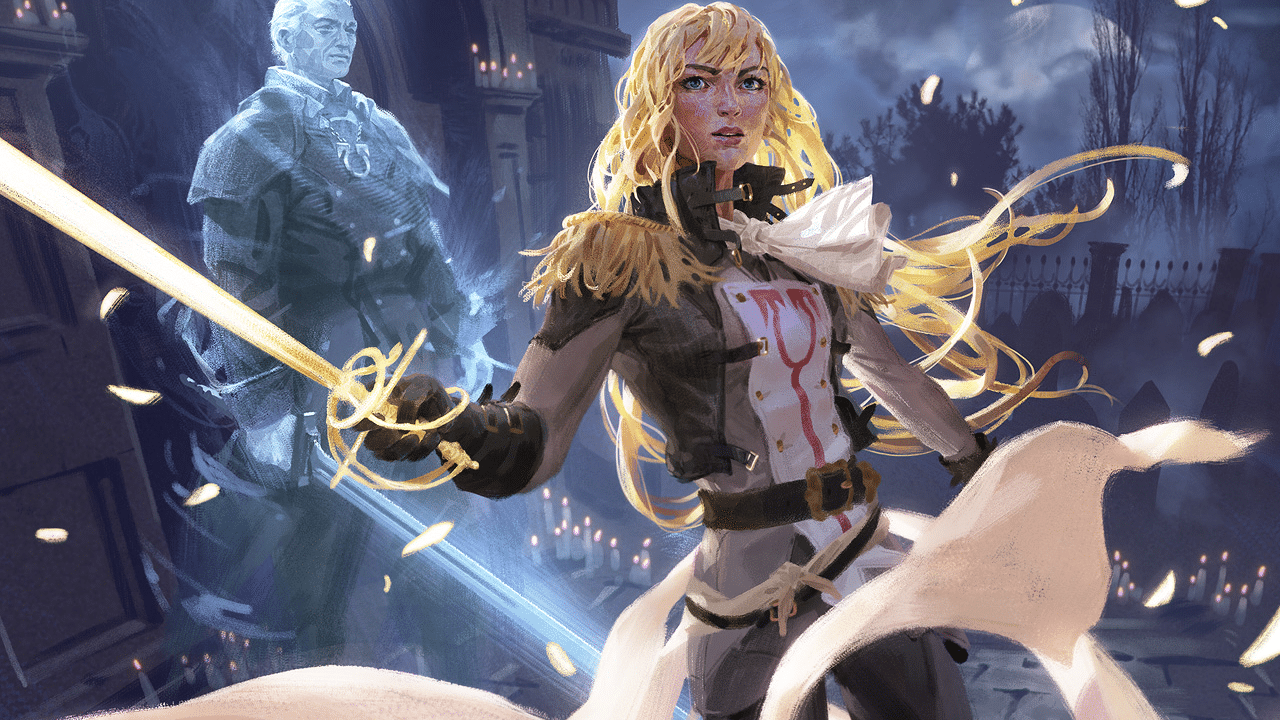 If you’ve been playing Standard on MTG Arena in the past month or so, then you’ve most likely run into Mono-White Aggro. The deck surged to the top of the metagame with the release of Innistrad: Crimson Vow, dethroning Izzet Turns as the best deck in the format. If you’re a ladder grinder and are just looking to find something efficient and consistent to ladder with, then look no further. We’ll break down the deck and talk about some alternate cards you can choose to play.

The deck list that we’re going to highlight today is from Rafael Quinta Pozo, who won the Redbull Untapped Tournament from a couple of weeks ago. There’s a fair bit to unpack here. While this deck is hyper aggressive, there’s some slight variations to this list.

The simple inclusion of these two 1 drop creatures really pushed the envelope in terms of pace. Usher of the Fallen helps us to build a wider board, while Stonebinder’s Familiar synergizes with many of the exile effects that the deck has in its creature base.

To compare the changes that you could make to the deck, we’ll take a look at another list, this one being how the deck has evolved in the metagame.

The real story here is that this is more of a Humans deck than anything that the other. This version is playing Hopeful Initiate as it’s 1 drop over Stonebinders Familiar, and aims to curve out nicely into Thalia, Guardian of Thraben and Adeline, Resplendent Cathar.

Where this deck also differs is in it’s removal. This deck opts to play a couple copies of Fateful Absence over Skyclave Apparition. This deck also is playing a Sejiri Shelter to make sure that it can protect it’s threats and seal the deal.

For sideboarding, I’m going to look at the 2nd list, as I believe it to have a more well rounded sideboard.

Against Mono White Aggro, you’ll want to cut the Thalias and the Reidanes in place of Skyclave Apparitions and Fateful Absence, and cut 2 Elite Spellbinder for Brutal Cathar and Circle of Confinement.

Against Mono Green, I would cut Portable Holes, and the Adelines for the Fateful Absenses, the Brutal Cathar, and Valorous Stances. Mono Green has some bigger creatures where portable hole is not as good. While Adeline can block well, being able to deal with the much bigger creatures is more important.

Against Control / Izzet Dragons, Portable Holes come out, along with Brutal Cathar. In it’s place, we’ll bring in the the 3 Sejiri Shelters and the 2 Guardian of Faith. These are to help protect against removal and board wipes that these decks will bring.

The deck’s match ups are generally positive. Mono Green can give us some trouble, as they often tend to have trample creatures, and cheap, efficient removal spells. We want to make sure that we get Thalia down early to tempo out their Esika’s Chariot turn, and follow that up with Elite Spellbinder to tax their haymaker spells.

Control can feel tricky at times. There’s a lot to play around, but ultimately you just want to be faster than them. Pressuring their life total very quickly makes their decisions a lot more difficult.