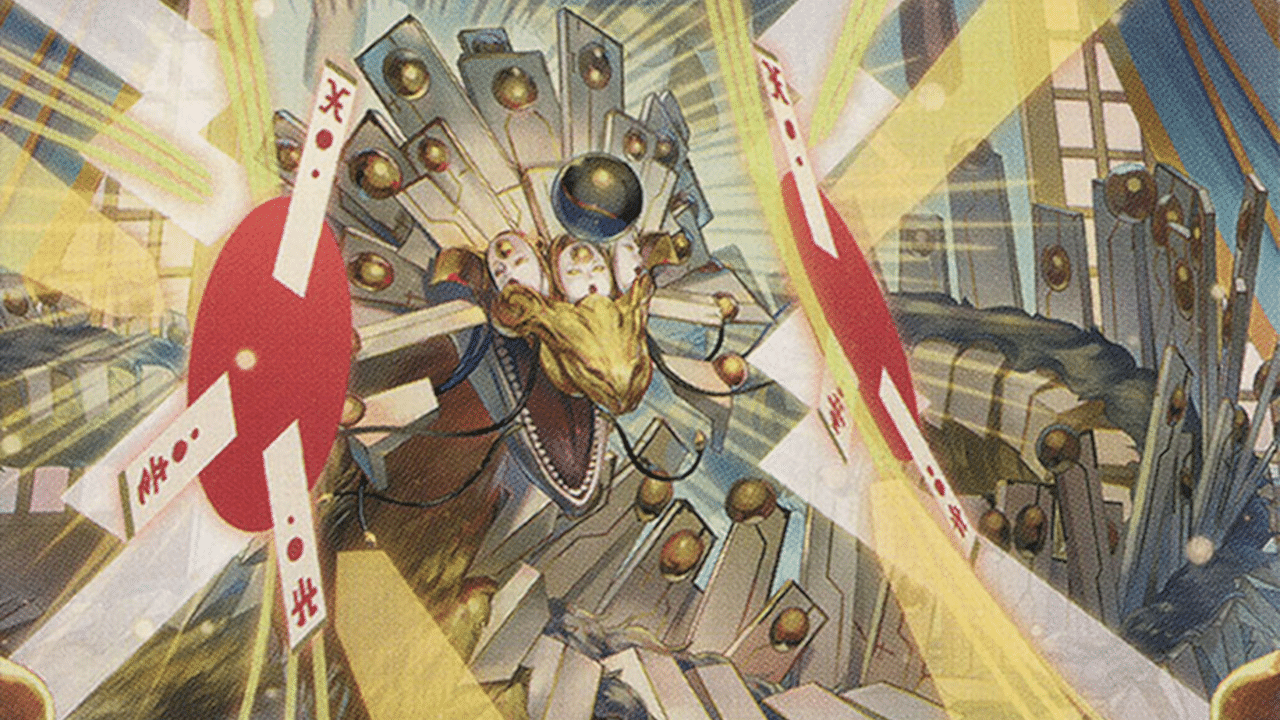 Streets of New Capenna is having a pretty profound impact on Standard. We’re seeing a swath of new and innovative strategies come out of players. Well today, we have a deck that comes from one of my favorite players, Eliott_Dragon. He played this deck in Stream League 11, and it was pretty wild. He embraced his inner Necromancer, and while he didn’t take top 8, he did pretty well.

So the deck that we’re looking at today is 4 Color Reanimator, and boy oh boy is it spicy. Let’s break the deck down in it’s early and end game plans.

Our early game is honestly pretty straight forward. We’re primarily a Grixis deck, that utilizes some early game creatures and planeswalkers to establish ourselves on the board. Additionally we are looking to put some big creatures in the graveyard to reanimate later.

Now what’s nice about these creatures cards is that these are great sacrifice fodder for our Spirit-Sister’s Call. We also leverage Maestros Charm as a versatile removal spell, and a way to fill the graveyard.

READ MORE: New Capenna Standard Shakedown is Here, These 3 Decks Could Be Meta

For our end game plan, we’ve set up ourselves to have some beefy creatures in the graveyard, a decent board presence, what are we doing? Well, we turn into that Necromancer.

Our primary reanimation source is Spirit-Sister’s Call. We sacrifice one of our early game, tiny creatures and get back one of our monsters. Which monsters?

First off, we hvae Cemetery Desecrator, which hasn’t seen a ton of play in constructed. But here, it’s great because we can basically remove counters from planeswalkers or kill a creature. Next up is Titan of Industry, which we’ve talked about how good this card is. Lastly, we have a lone Toxrill, the Corrosive which is a great anti-aggro tool.

READ MORE: We Get to Play This Banned MTG Card Once More! – Explorer Fires

For the sideboard, we have some lessons to fetch up with Eyetwitch, and a bunch of anti control tools. There’s a few really cool cards in this sideboard.

Orvar, the All-Form is a really cool edition to this deck. Particularly, Go Blank is a pretty great sideboard card against us, and so we can at least get some value out of discarding a card. Kotose, the Silent Spider is a Surgical Extraction style of effect, but it let’s us cast the cards that we exile as long as we control Kotose. There’s a ton of great cards that we can hit off this, so it’s very versatile.

Lastly, we have a one off reanimation target against control, Lord Xander, the Collector. This will give us a major advantage against control because we’re stripping them of cards on all fronts. They discard no matter what if he enters play. If we untap and can attack, they mill HALF of their library, and if they kill him, they sacrifice permanents.

I’m sure that this deck may need some fine tuning, but for a first pass, the deck is super cool. Definitely a really fun looking deck, so give it a try!