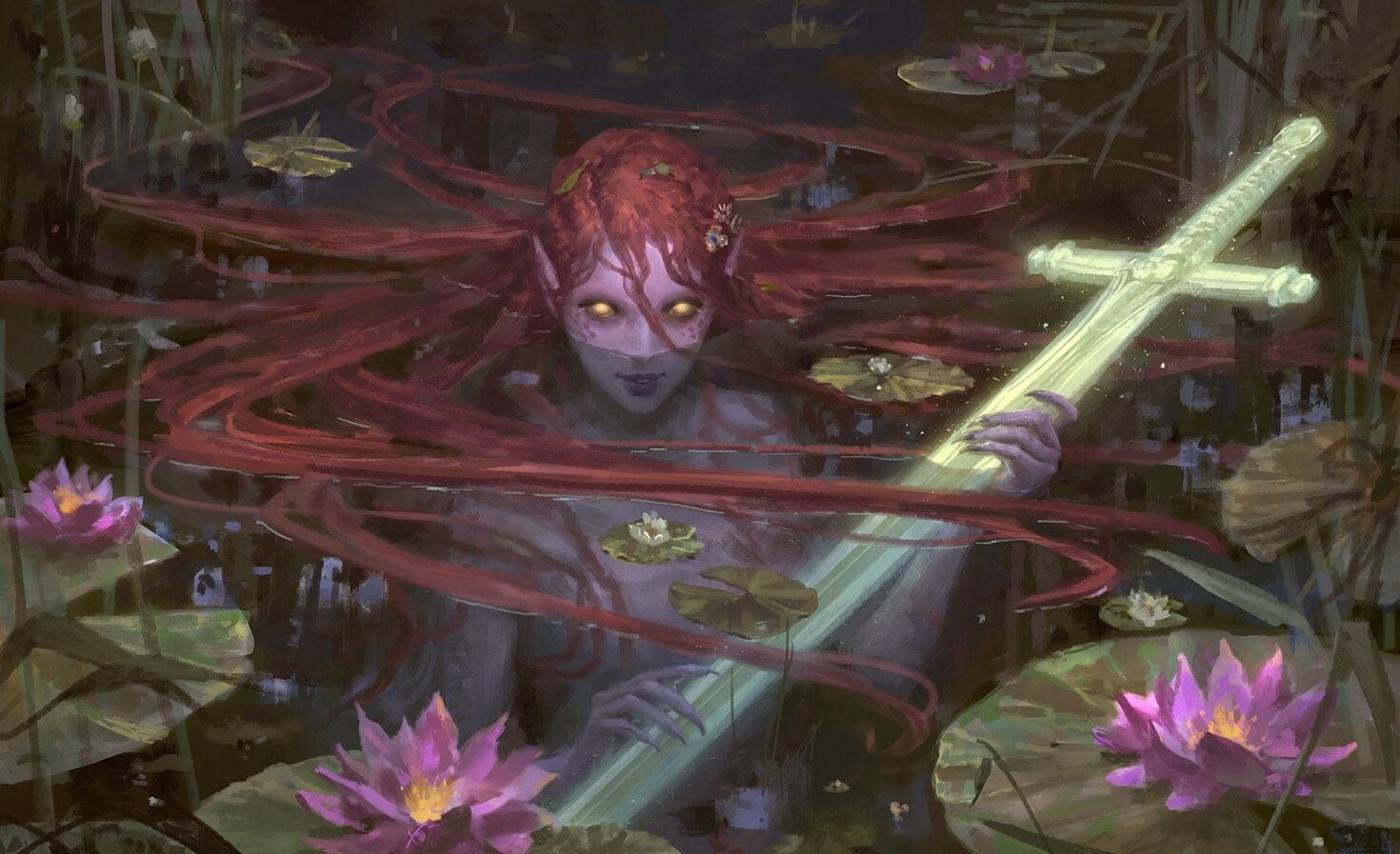 The Anthologies have touched down onto MTG Arena, and many players have looked over the best card of all. While many are disappointed that Explorer’s expansion doesn’t live up to its promise, others are frustrated that the Historic Anthology will have little to no competitive impact. We couldn’t have been more wrong about that. I will discuss what will likely become the best deck in the game because Retrofitter Foundry is leagues ahead of the entire format.

As we discovered when doing a breakdown of the Historic Anthologies, Retrofitter Foundry has an immense secondary market value. After some investigation, it turns out that the card is busted in Legacy. That format is quite different from everything else because of how many Force of Wills are running around. Still, one thing is just as powerful in Legacy as it is in Historic: creating 4/4 Constructs every single turn. Retrofitter Foundry can keep up in slower games, but its last ability is what truly lets it shine.

The best thing to do with this deck is to create consistent free 4/4s every turn. You achieve that by finding a hand with a Foundry and some [/tooltips]Ornithopter[/tooltips]s, [/tooltips]Hope of Ghirapur[/tooltips] or Universal Automaton. All you need to do is sacrifice them to Foundry to get a 4/4! To make this even better, you can chump block with these in the same style as the Cat Oven deck before getting your 4/4.

Emry isn’t going to do much attacking, but she slots perfectly into this deck. Since Retrofitter Foundry will constantly be putting artifacts into your graveyard, Emry can get them back and turn them into another 4/4. Her mill ability can also let you find a Retrofitter Foundry and cast it.

Read More: Treasures May Soon be a Thing of the Past

We’re using the Azorius Affinity shell that’s been popularized in Historic. Still, there’s a good chance that the best thing to do with the Retrofitter Foundry strategy may be in different colors. Ingenious Smith has proven to be incredible since you can stack two 1/1 counters on it each rotation by sacrificing your artifacts to Retrofitter Foundry during the opponent’s turn.

Buy At TCGplayer
Ensoul Artifact is another new card to MTG Arena through the anthologies! This gives some redundancy to the deck in case you draw the wrong combination of cards. Have an extra Foundry? Turn it into a 5/5! The ideal target for this is the new indestructible artifact lands like Darksteel Citadel, but turning Ornithopter into a turn two 5/5 flyer is also good.

I’ve found Esper Sentinel to be disappointing in this build. You can’t do anything with Retro Foundry to it, and you don’t end up growing it very often. This commonly ends up taxing your opponent, but does little else. I’ve had more success without them, but Esper Sentinel is an incredible card.

Buy At TCGplayer
Portable Hole is in a frustrating position. There is a ton of UW control and Tarmogoyf running around, but Tarmogoyf is good enough to merit playing these main deck, especially when you’re milling cards with Emry. Therefore, you need to main deck some number of Portable Hole out of respect for Tarmogoyf.

Legacy ninjas like to use Changeling Outcast to sneak in their ninjas while also being able to sacrifice it to Retrofitter Foundry to make a 4/4. Ninjas are a viable strategy in Arena but might not be good enough to make it in Historic. Retrofitter Foundry is an engine on its own, however, and there’s a chance that the best deck for the Foundry may end up being more of a tempo strategy.

Finding success with this deck is heavily dependent on how you mulligan. Generally, you need to mulligan aggressively to find a fast opening hand. Whether its a turn 1 4/4, or an Emry on the first two turns, mulliganing playable hands away is not uncommon if they aren’t fast enough.

Retrofitter Foundry hands are generally a keep, as long as you have something to interact with it (OR there’s something else going on as well, like Emry). Keeping a hand with a bunch of lands and Foundries is still not a great play, but better than keeping something generic.

Beatdown, but with some Long Game

There’s no question that your goal is to beat your opponent down. Emry and other card draw effects like Thought Monitor also allow you to grind, so you don’t necessarily need to make reckless attacks. This deck hinges on the idea that your bodies are larger than the opponent’s in the early game. Therefore, small creatures that beat yours are a problem (Tarmogoyf, for example).

This is a day one take on the Retrofitter Foundry archetype, but it’s still incredibly powerful. The final version of this list will probably be very different, but you can try the new Legacy card and have lots of success! I suspect that this interaction may give rise to Dimir Ninjas for a time, but I would be shocked if it sticks around.