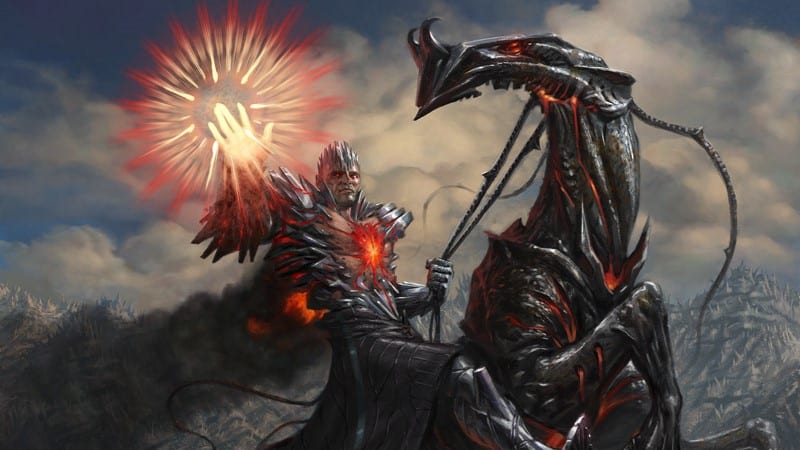 5 Other MTG Remastered Sets We Want To See

Time Spiral Remastered was a huge surprise earlier on this year. The combination of old cards, new ones in old clothing, and the incredibly fun Draft format made it a truly stellar experience.

Now, before we get into it, we’ve not included Ravnica, Innistrad, or Zendikar because we’re already in those planes every five seconds anyway, so they don’t need mentioning.

Also, we’ve avoided the biggest sets for Reserved List cards because that article is for another time, and yes, we will be writing it. With those two caveats in mind, here is our list of the five remastered sets we want to see next.

Mirrodin is a plane filled with mechanical constructs and staples in loads of formats. Whether you’re looking to upset an entire group of friends by playing Confusion in the Ranks, or you simply want to stop your opponent in their tracks with Chalice of the Void, the chances are that you’ve been using cards from Mirrodin even if you weren’t playing MTG back in 2003 and 2004. We also think it would be entertaining to revisit the format in a draft with newer players. After all, just because you’ve had the chance to live your most Artifacty life doesn’t mean everyone else has, and everyone should experience it at least once.

The chances are that you’re aware of Shards of Alara even if you’re not aware of the fact that you’re aware of it. For starters, it’s thanks to the Shards block that we have shorthand terms for things like Bant and Grixis, which definitely makes all of our lives easier. It’s also home to some of the most integral Commander cards around with the Ultimatum cycle and the tri-color lands. This is another fun draft format too, thanks to the land-fixing and available and the wide range of strategies to explore.

The Lordwyn-Shadowmoor block is one of those that is still talked about with great fondness. It’s filled to the brim with exciting cards and some of the more unique strategies in MTG. While a card like Call the Skybreaker remains a huge amount of fun in the right deck, you’ve also got huge amounts of fun tribal strategies and even some of the most fun Changeling cards around too, as well as staples like Shriekmaw and Springleaf Drum.

Look, we know that some people really don’t like Kamigawa, but we also know that we want to see it back again, so tough. For starters, it has a bunch of oddities throughout it, including the upside-down cards like Kitsune Mystic, but it’s also home to classics like Azusa, Lost but Seeking and Kiki-Jiki, Mirror-Breaker. While we do want to see the set back just to soak it all in, it would also be interesting to see if cards like the aforementioned Kitsune Mystic because dual-faced cards instead of what they are at the moment.

Unlike the others on the list, the Onslaught block allows for more old-school card-borders, and people seem to really love that. While the block does have a wealth of great cards in it with the Decree cycle, loads of great Dragon cards, and Blatant Thievery, we also just think this would be a fun set. We’re all for bringing back Magic’s history and revelling in it, so while these are our five picks, we’d basically be happy to see any and all of the sets being reprinted.